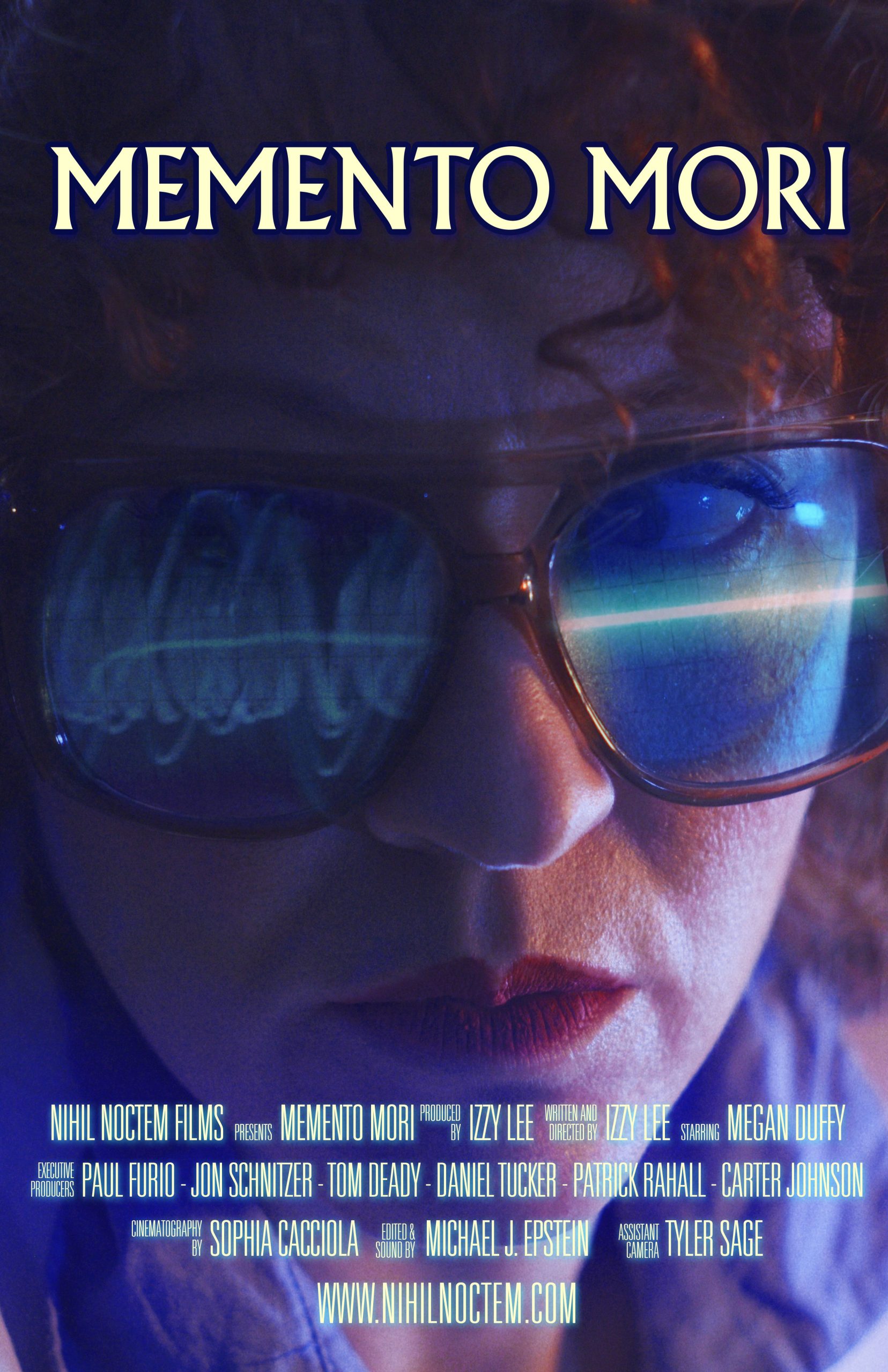 Dynamic bite-sized fright flick maestro Izzy Lee is back with her newest creation Memento Mori, and this brief morsel is one to devour as soon as you lascivious lot can!

Memento Mori concerns the scientific misadventures of a scientist (Megan Duffy)… bet you couldn’t see that one comin’ at ya! Anyway, said scientist is busy at work in her early ’80s laboratory when she receives a strange signal… and to say more would be to say too much, so against type I’m gonna shut my monstrous mouth… and I better not hear any applause from you cats n’ creeps!

The film itself runs a scant minute and sixteen seconds, but let me tell ya, every sinister second is dripping with atmosphere! The lab set looks fantastic, and is filled with all manner of gizmos and doo-dads that look era accurate to my admittedly untrained putrid peepers.

Duffy (who has been in loads o’ stuff, but were going to go with the 2012 remake of Bill Lustig’s Maniac here) is solid as the lead and her plight is conveyed with conviction, and Lee herself makes a cameo as well, but again my lips are sealed there boils n’ ghouls.

Bottom line, Memento Mori is one hell of a sinister short and you need to lay eerie eyeballs upon it!

← Prev: 'The Beast Comes At Midnight' Unleashes A Werewolf In New Trailer Next: Dragons And Drama Fill New Trailer For "Game Of Thrones" Prequel "House Of The Dragon" →