Hidden Gem: ‘The Silence Of The Hams’

While cruising around on YouTube to find some B-movies to watch for a future article, I stumbled, more like tripped over, a film I can’t believe I never heard of and after watching it I watched it again, The Silence of the Hams.

The Silence of the Hams is a satirical film released in 1994 that spoofs The Silence of the Lambs and Psycho. The film is directed, written, and stars Italian comedian Ezio Greggio. The film features an impressive cast along with a list of cameos that includes John Carpenter, Mel Brooks, Joe Dante, John Landis, and Ray De Luca.

The film follows FBI Agent Joe Dee Fostar (Billy Zane) who needs the help of Dr. Animal Cannibal Pizza (Dom DeLuise) to locate and stop a serial killer. Meanwhile, Fostar’s girlfriend Jane Wine (Charlene Tilton) steals money entrusted to her by her boss (Rip Taylor) and his investor (Bubba Smith) and ends up fleeing to a motel owned by Antonio Motel (Ezio Greggio) who is also the film’s narrator.

Along with mainly spoofing The Silence of the Lambs and Psycho, other films from the time are seen being lampooned throughout the film like the famous interrogation scene from Basic Instinct, a scene in the asylum has a scene from Misery being played out, and Dom Deluise appearing with the hairstyle and vampire cape spoofing Bram Stoker’s Dracula. 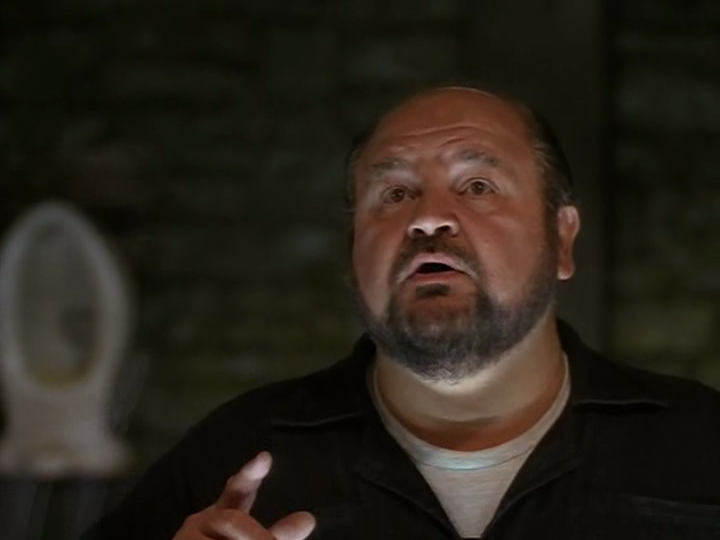 Though the film got a 0 on Rotten Tomatoes and was panned by critics at the time, I see this film as funny as Mel Brooks’ films which is in itself is funny because Brooks and Greggio worked together on projects with one another before so the two have the same sense of humor as one-liners and sight gags dominate the film, even having Martin Balsam in a way reprising his role from Psycho and when he meets the same fate, he flies down the stairs shouting “Not again!”, something fans would surely enjoy!

I looked all over and sadly there’s no DVD or Blu-Ray available to buy in the U.S. so I’m afraid if you’re interested in checking this one out, you’ll have to go on YouTube (see below). I think this film is hilarious as it reminds me of a mix of Mel Brooks films and the Hot Shots, and Naked Gun films as well. If you have nothing planned at night or an uneventful afternoon, give The Silence of the Hams a watch!