Where Can ‘The Terror’ Go Next?

It’s no secret that I’m a fan of the anthology series “The Terror”. The first season was based on the book of the same name by Dan Simmons that follows the doomed Franklyn Expedition that was looking for the Northwest Passage in the arctic. The story follows the crew’s attempt to survive being stuck in the ice while being hunted by a supernatural beast. 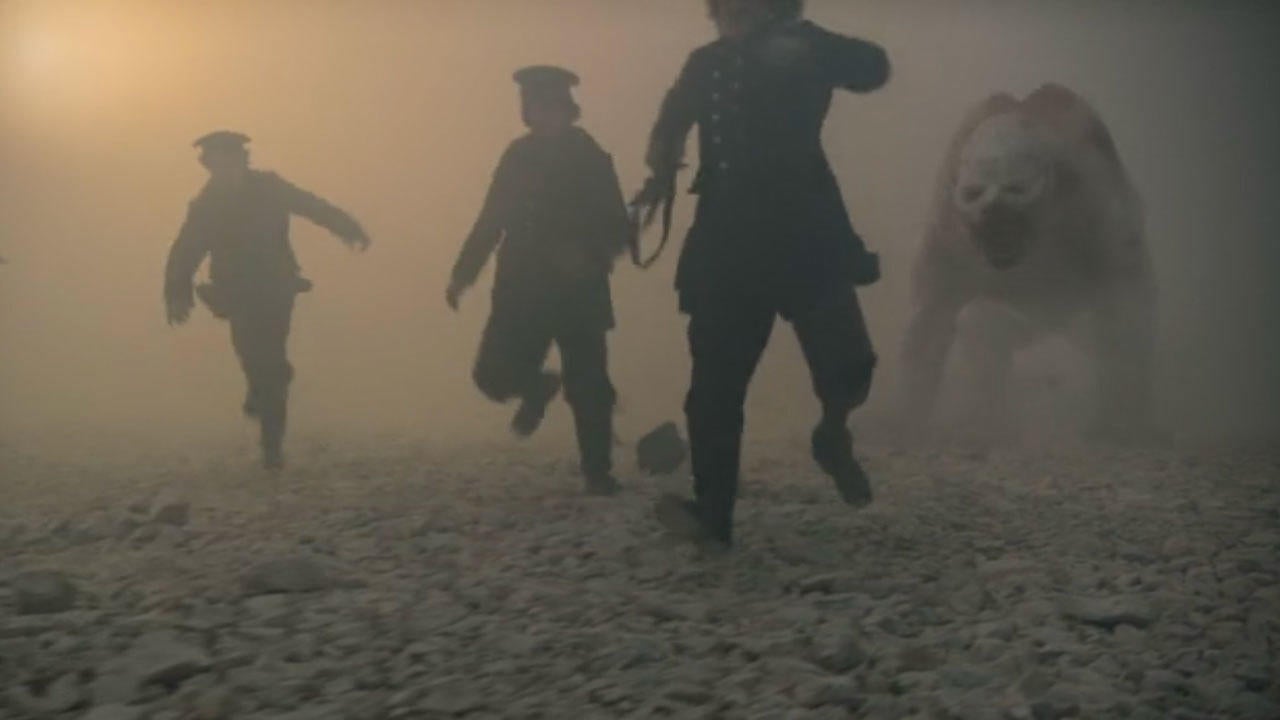 The second season titled “Infamy” was an original story that took place during WWII and followed Japanese American characters dealing with the horrors of war-time racism while at the same time being haunted by a spirit ripped right out of Japanese folklore. 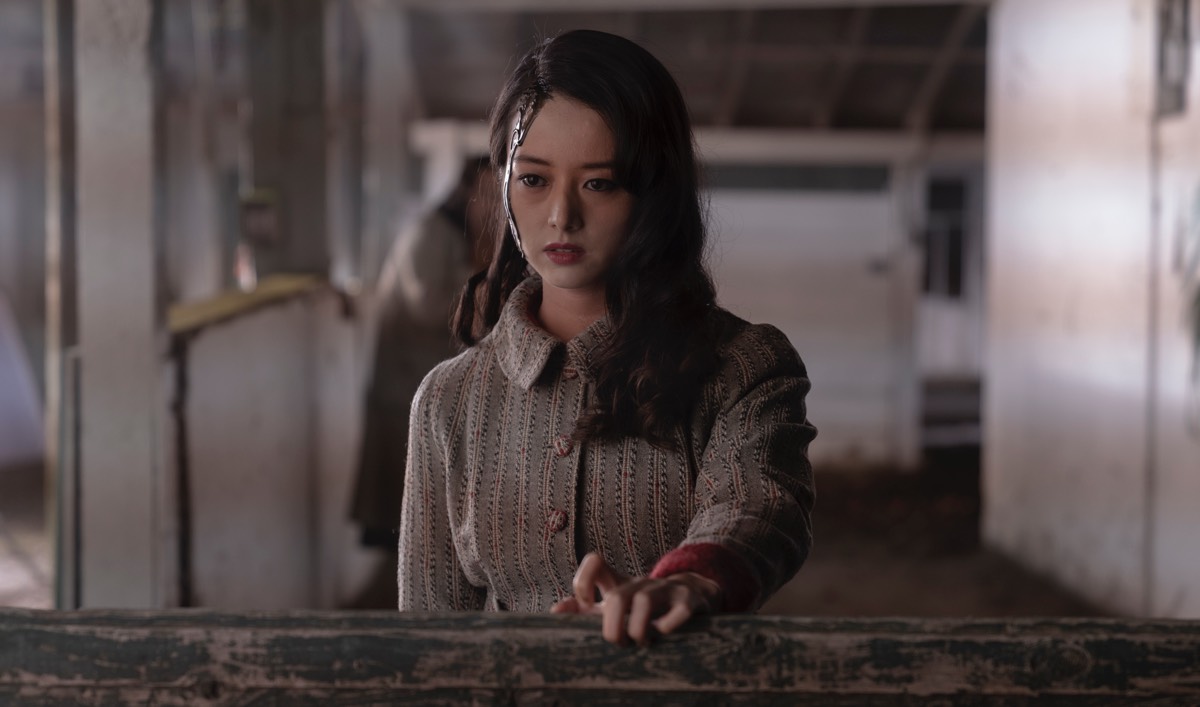 The concept of adding horror elements occurring alongside historical events is quite intriguing and fun. At the moment there’s no word about a third season (which I hope there will be one!) but till then the question remains if the series is going to continue the historical horror anthology premise, where could the series possibly go to next? Being a history guy I gave it some thought and came up with some historical events where the show can visit next! 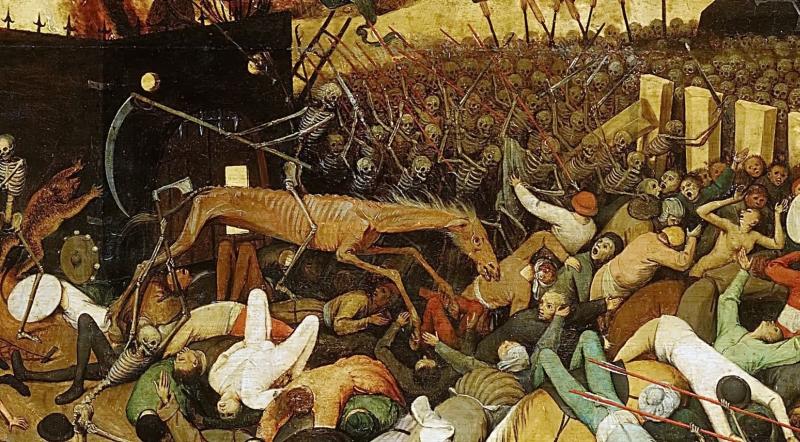 From the 1330s to 1353 Eurasia fell victim to one of the worst pandemics seen in history that became known as the Black Plague. During this time half of the population of Europe was wiped out by the disease as no one was safe from not catching it.

The potential story that can be made from this can follow people from different walks of life in a European town that was untouched by the plague till sightings of a creepy plague doctor occur and people begin to fall victim to the plague. 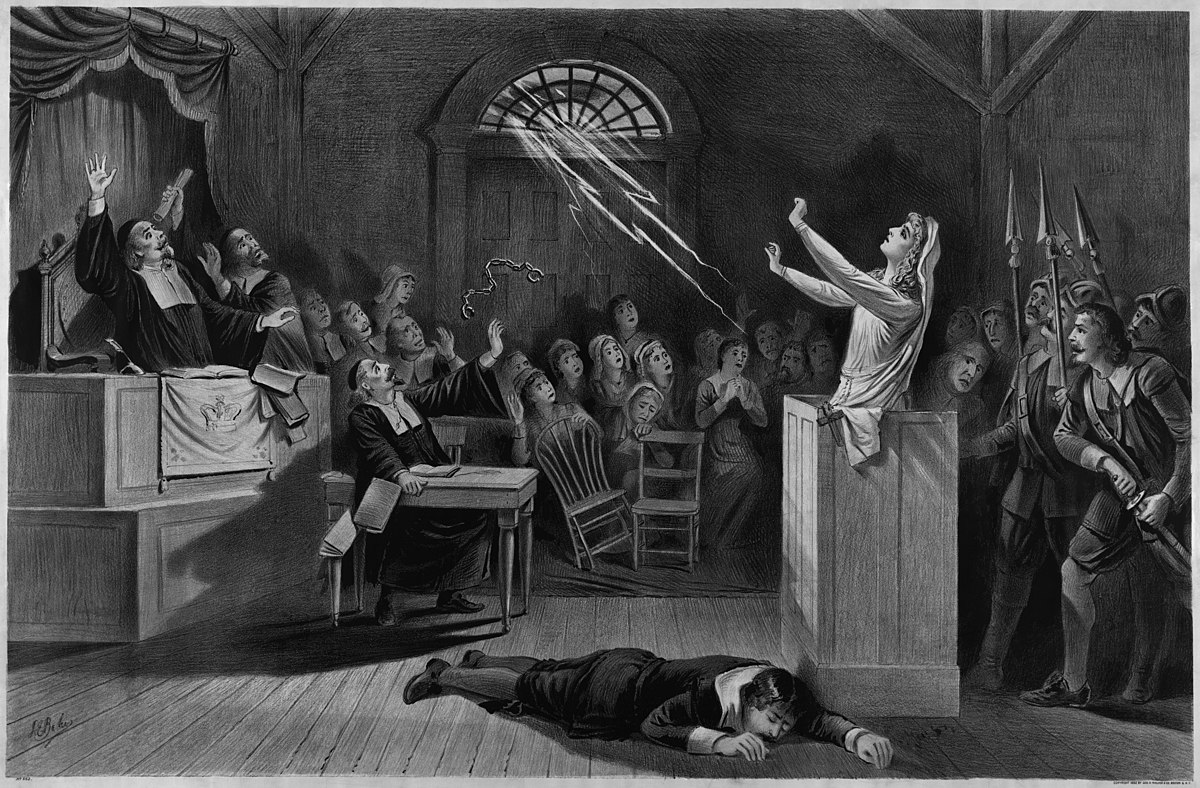 From 1692 to 1693 the village of Salem, Massachusetts fell into hysteria as they believed their puritan utopia was invaded by witches. The following trials resulted in the death of 25 people. The event of mass hysteria is widely believed by scholars to have been orchestrated by affluent members of the community who would have benefited from the deaths of some of the individuals.

The potential story can take place not in Salem but in another village around the same time where the locals begin to think there’s a witch among them but unlike Salem, there is! 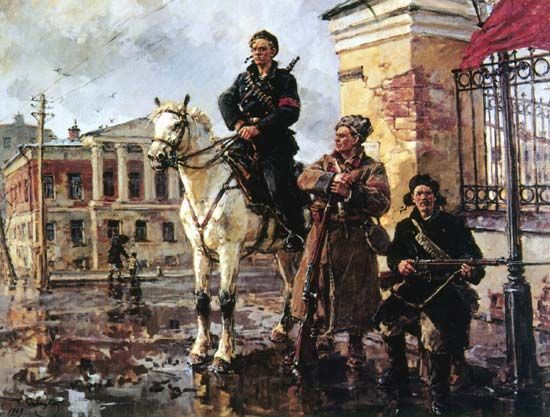 From 1917 to 1923, Russians spilled their blood as they fought one another over shifting political ideologies after faith in Czar Nicolas II began to fall and led to the execution of the Czar and his entire family.

The potential story in this event could either follow the lives affected by the revolution as supernatural beings in Slavic folklore work from the shadows causing trouble OR the story could follow the infamous Grigori Rasputin and that he’s really being influenced by evil supernatural forces his mistakes for being divine!

Staying in Russia, in 1959 a group of college students from Ural Polytechnical Institute, hiked in the Ural Mountains where their remains were later found and the state their bodies were in caused confusion as to what caused the experienced hikers from fleeing their shelter in into sub-zero temperatures. 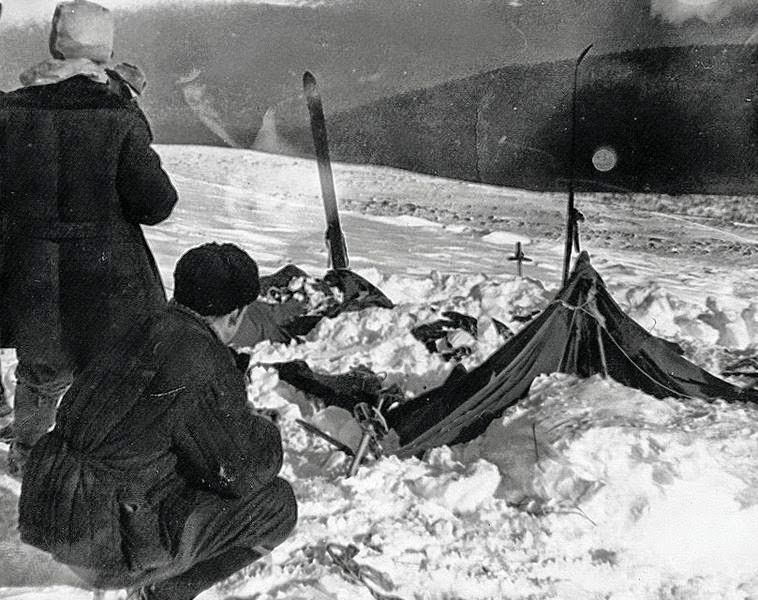 The potential story here can take many forms as there are many theories as to what happened to the hikers but since we love horror here, the season could all take place during that fateful night where strange events take place as the hikers are picked off slowly by an unseen entity hiding in the mountains.

The Beast of Gévaudan 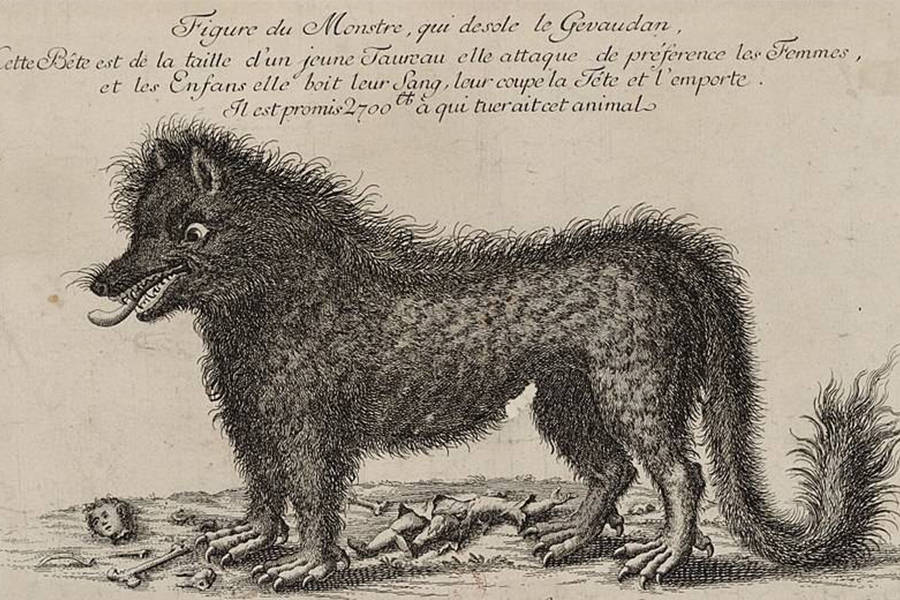 From 1764 to 1767 the French region of Gévaudan was gripped in terror by reports of a large wolf-like creature attacking people. Theories of what the animal was have caused a war between experts interested in the study of the event as theories to range from the creature being an abnormally large wolf, a wolf-dog hybrid, hyena, and even a lion.

The potential story here may just end up taking inspiration by the superstitious locals who believed the beast was a werewolf.

NOTE: There’s a movie based on the event that you might be interested in called The Brotherhood of the Wolf, it’s a pretty entertaining action horror film.

In the summer of 1916, the state of New Jersey was trying to escape the heatwave of the year by heading to the beaches and take a dip in the ocean, the problem, five people were attacked by a shark that had the taste for humans. It’s been debated for years whether the shark (or sharks) responsible for the attack was a young Great White or a Bull Shark.

The potential story from this will have to involve some serious creativity as this event partially inspired a book in 1974 that was later made into a summer blockbuster in 1975, Jaws. My idea, have the story take place in 1916 and follows a band of shark hunters who discover the true culprit of the attacks is not a shark… 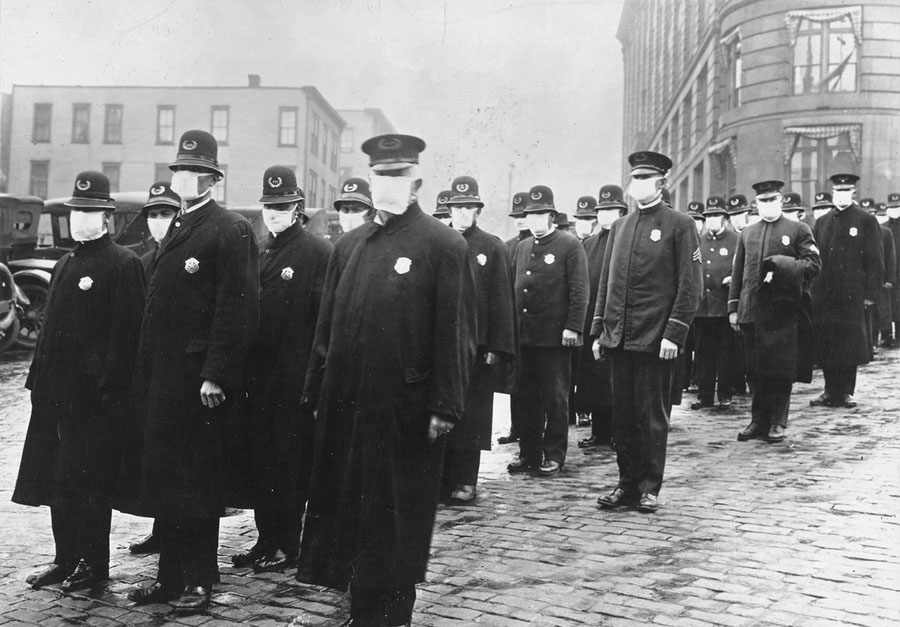 From 1918 to 1920 the world was again plunged into the shadows of a pandemic but this time it was Influenza. With a death toll ranging from 40-100 million, no one was safe from the illness especially in the crowded cities of the 20th century.

The potential story that could come from this would pretty much be like the game Vampyr, in which the pandemic is being spread by vampires. Unfortunately, FOX21 has the right to make Vampyr into a TV series at the moment so the potential of having it a vampire story is gone.

In 1900 three lighthouse keepers vanished from Flannan Isles where a lighthouse was stationed. A ship noticed during a storm that the lighthouse was not operational on December 15th and reported it. After the weather cleared, a relief crew was sent to investigate on December 26th. There was no sign of the three men, the beds were unmade, a raincoat was still hanging up, a chair was overturned and some seaweed was on the floor.

The potential story here can be extremely Lovecraftian where madness and cosmic horrors from the sea can collide like waves on a cliff edge!

Three teens living in a ghost-filled world band together to unravel a dark conspiracy in Netflix’s new action-packed...