Game Review: ‘Helheim Hassle’ Is Hel Of A Good Time!

A great big thank you to the folks at Perfectly Paranormal for allowing me to review their puzzle platformer, Helheim Hassle!

Helheim Hassle follows the misadventures of Bjørn, a 14-year-old Viking that’s not really into the idea of dying in battle and going to Valhalla. As fate would have it, Bjørn dies in an act of bravery resulting in him going to Valhalla. Fast forward to the present, we meet Pesto who is from a Hell going to Helheim (Viking Hell) but ends up needing Bjørn’s help (to read runes) in return for his help, Pesto will help Bjørn go to Helheim, the only downside is… Pesto’s magic makes allows Bjørn’s limbs to fall off and move on their own.

Onto the game itself! Controls can be a bit to master as certain buttons dictate what limb you want to fall off and take control of. It will take patience as some moments will require you to make decisions quickly on detaching limbs, throwing them, and then collecting them quickly.

The sound of the game is spot on! The music fits the game and the game’s tone, the voice acting is top-notch which is great because this game if you have not yet figured it out is also a comedy so the dialogue is amazing and the voice talent adds to the line deliveries! If you’re into Norse folklore you will enjoy seeing notable figures from Norse Mythology in a different but humorous way!

The art of the game is bright and colorful, again adding to the tone of the game being lighthearted and fun and the smooth motion of the graphics makes the art pleasant on the eyes. The background visuals in some areas also add to the comedy.

Overall, Helheim Hassle is a very enjoyable game for anyone that likes puzzles and platforming! I normally am not a fan of these kinds of games but I really enjoyed this one! The story is funny, the dialogue of the characters and the talent behind them add to the story, the visualizations tie it all together and the prospect of replayability is moderate as there are collectibles and fast travel back to previous levels.

With all that said, on my scale of 1 to 10, Helheim Hassle is a Hel of a good time and earned a well deserved 10!

Helheim Hassle comes out August 18th, for Steam, Nintendo Switch, and Xbox One. The PlayStation 4 release will come at a different time. 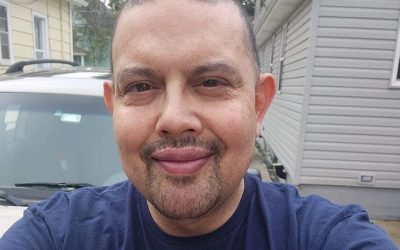