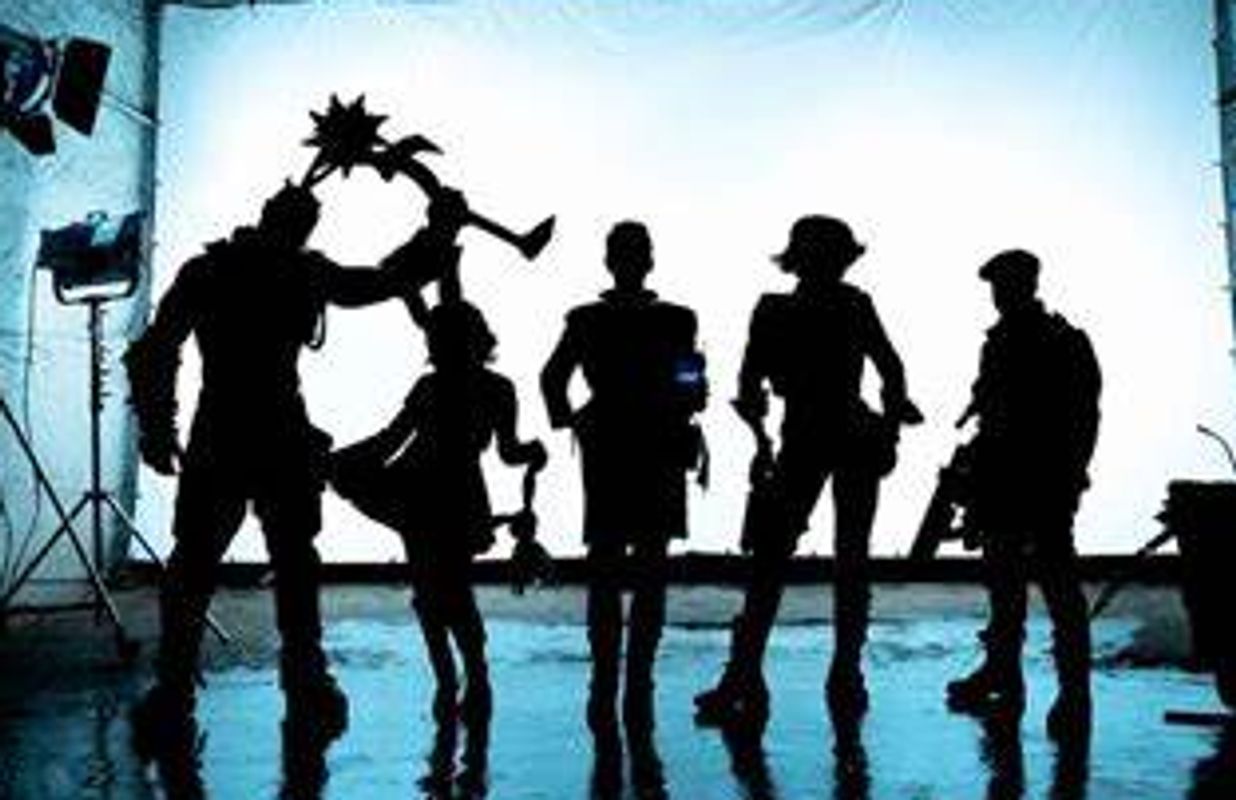 Lionsgate shared the first footage of Eli Roth‘s (Cabin Fever, Hostile) upcoming film adaptation of the best-selling Borderlands video game during their CinemaCon panel. The one-minute-long clip features stars Kevin Hart, Jack Black as the voice of the robot Claptrap, and Cate Blanchett. While the footage itself hasn’t been shared on the internet yet, The Hollywood Reporter gave one hell of a description.

“Lionsgate showed approximately a minute of electric footage that showcased Oscar-winner Cate Blanchett as she’s never been seen before, in a fire-engine-red wig, toting a gun and fighting her way through a vibrantly colored cityscape. Kevin Hart also appeared as did Jack Black voicing the robot Claptrap that unexpectedly takes a bullet from Blanchett’s gun with a punchline to follow.”

In Borderlands, “Lilith (Blanchett), an infamous outlaw with a mysterious past, reluctantly returns to her home planet of Pandora to find the missing daughter of the universe’s most powerful S.O.B., Atlas (Ramirez). Lilith forms an alliance with an unexpected team – Roland (Hart), a former elite mercenary, now desperate for redemption; Tiny Tina (Greenblatt), a feral pre-teen demolitionist; Krieg (Munteanu), Tina’s musclebound, rhetorically challenged protector; Tannis (Curtis), the scientist with a tenuous grip on sanity; and Claptrap (Black), a wiseass robot. These unlikely heroes must battle alien monsters and dangerous bandits to find and protect the missing girl, who may hold the key to unimaginable power. The fate of the universe could be in their hands – but they’ll be fighting for something more: each other.”Movieweb reports.

Borderlands has wrapped filming but the release date and rating have yet to be announced. We’ll keep you posted.

← Prev: 'Firestarter' And Other Great Horror Movies Turn Up The Heat On Peacock This May Next: Serial Killer Horror 'Night Caller' Coming To VOD And Digital (Trailer) →