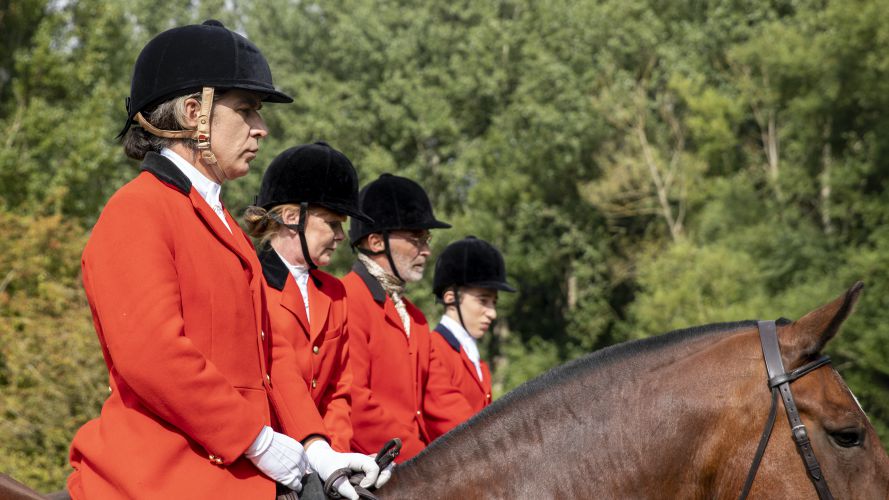 Hounded (U.K., 2022) is a stylish, highly entertaining blend of Richard Connell’s “The Most Dangerous Game” and the recent horror/thriller trend of young thieves being placed into potentially fatal situations by the homeowners they planned to rob, such as Don’t Breathe. Director Tommy Boulding tackles class war, working from a razor sharp screenplay by Ray Bogdonavich and Dean Lines.

Brothers Leon (Nobuse Jr) and Chaz (Malachi Pullar-Latchman), together with partners Vix (Hannah Traylen) and Bod (Ross Coles), have been robbing valuable pieces of art from homes of the rich, sticking to a code amongst themselves and taking only what an art dealer (Larry Lamb) hires them to steal. Leon wants to stop because he has amassed enough money to put Chaz through university, but the other three teammates insist they go on to help them escape their current life situations. Leon reluctantly agrees, and on their next home invasion, they are tasered and when they wake up, find themselves bound and gagged in the back of a truck. Aristocrat Lady Redwick (Samantha Bond) has them covered in urine and cut free of their bonds, telling them to go on their way in a countryside field. Suspicious of why they were let go so easily, the sound of fox hunting horns and baying dogs soon provide the answer. 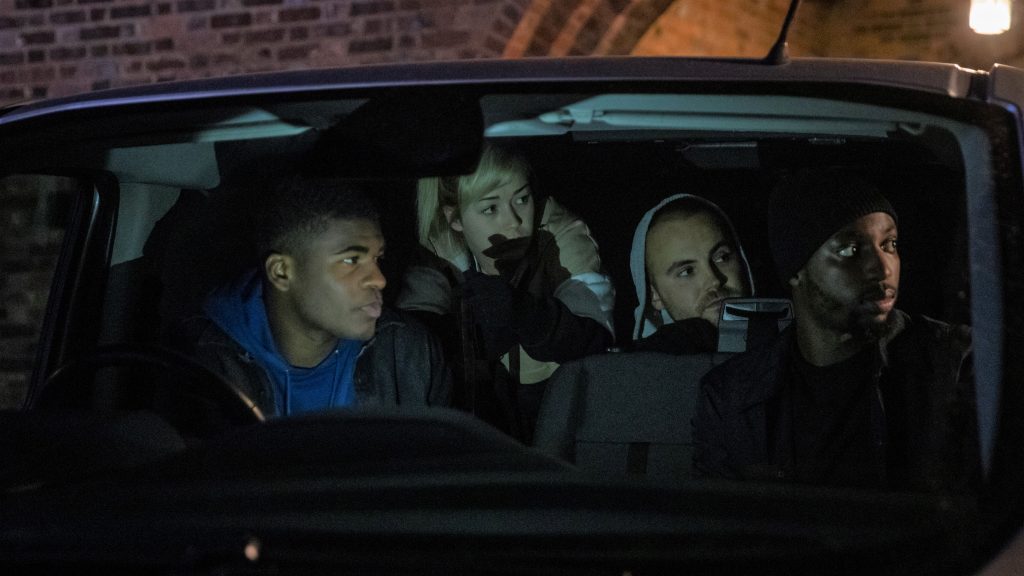 Having criminals for protagonists — the trend in the home-invaders-become-the-prey subgenre I mentioned earlier — is always a tricky angle, even when the initial crime victims turn out to be much nastier than the perpetrators. Hounded gives the foursome reasons for why they commit robberies, so the characters get a little more backstory than usual, and Redwick and her family members — father Remington (James Faulkner), brother Hugo (James Lance), and nephew Miles (Louis Walwyn), with help from gamekeeper Mallory (Nick Moran) — are a particularly nasty lot, believing that they are doing their human hunting in a well-mannered, time-honored, traditional way.

Hounded is played straight for the most part, with its social commentary leaning toward revenge and drama rather than laughter. Boulding keeps the suspense running at a satisfying clip, and the cast members all give solid performances, led by Bond,  who plays her blue-blooded class guardian role with aplomb and vigor.

← Prev: Teaser For Cannibal Horror 'Bones And All' Finds Timothée Chalamet & Taylor Russell In Love Next: We Have Such Sights To Show You: First Images From 'Hellraiser' →