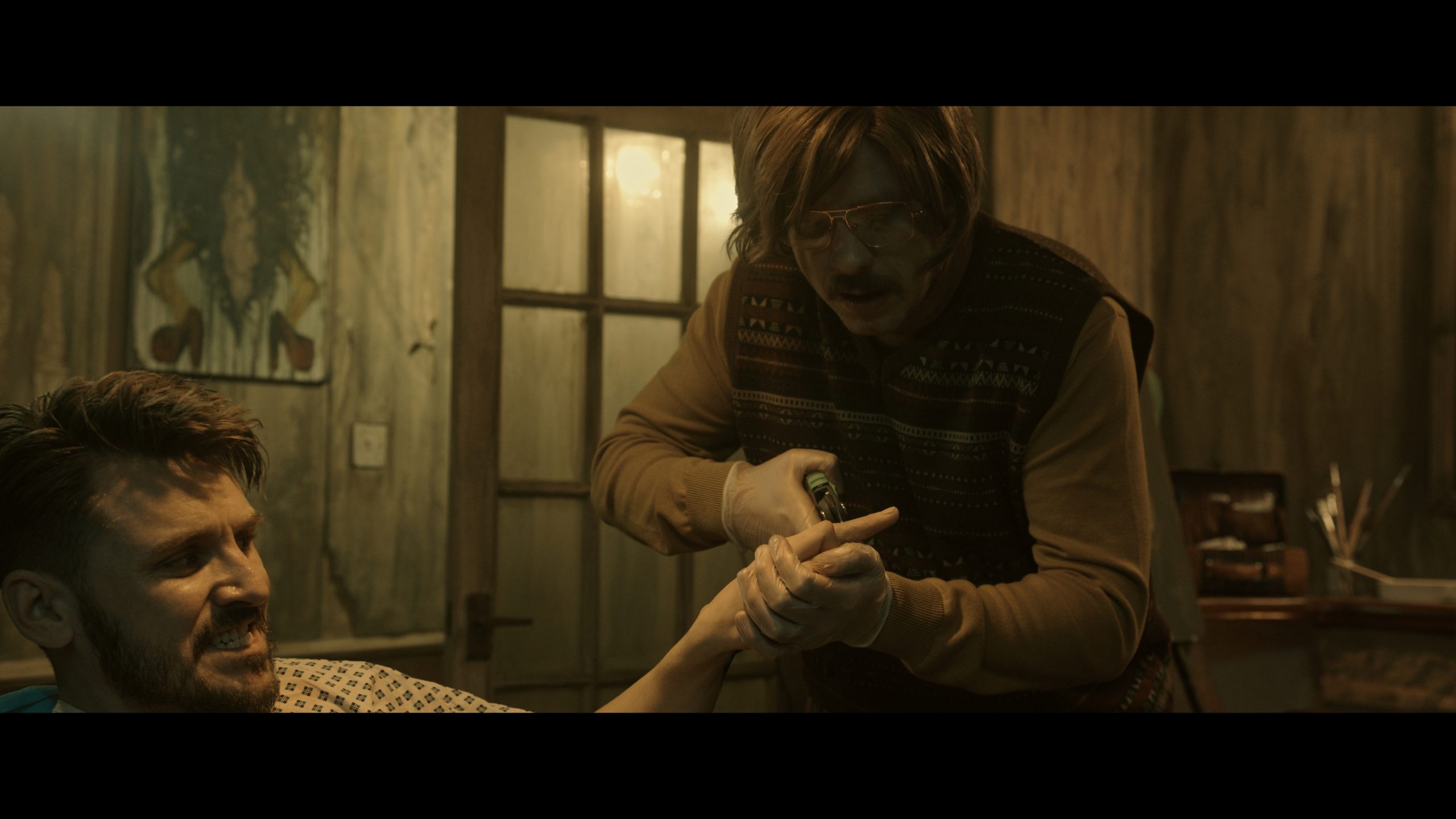 The classic fright-fare movie tagline “Not for the squeamish!” deserves to be resurrected for the horror comedy Feed Me (U.K., 2022), cowritten and codirected by Adam Leader and Richard Oakes (Hosts, 2020). This tale of a cannibal and his willing meat supply provides a good deal of gags of both the humorous and queasy varieties.

Jed Freeman (Christopher Mulvin) is depressed to the point of ending it all after his wife succumbs to an eating disorder. Lionel Flack (Neal Ward), who knows of Jed’s grief, introduces himself at a bar and tells Jed that he can make all of his troubles disappear. Jed eventually agrees to being eaten by Lionel, and their extremely weird relationship begins.

Ward is terrific as the deeply disturbed Lionel, stopping just short of scenery chewing at times, and at others, giving harrowing emotional performances. He goes all in, and he and Mulvin play off each other superbly.

Production Designer Amy Lucas (as Amy Lukas), Propmaker Adam Rose, and any other crew members who worked on set design did an incredible job, as Lionel’s home is a disgusting mess. Dried blood on practically every inch of the walls, rooms littered with body parts, and the gore-soaked rooms in which Jed spends a lot of time are all amazingly rendered. Jojo Davies also deserves recognition for her fabulous special makeup supervision work.

Leader and Oakes have crafted a shocking tale rich with dark humor that also provides some touching moments. Their direction is solid, and Feed Me will have viewers covering their mouths when they are not wide open with laughter. I suspect that many viewers will be covering their eyes at times, as well.

Feed Me screens as part of A Night of Horror International Film Festival, which takes place at Dendy Cinemas Newtown, Sydney, Australia, from October 17th until October 23rd, 2022. For more information, visit https://www.anightofhorror.com.

XYZ Films will release Feed Me on Digital and On Demand on October 27, 2022. 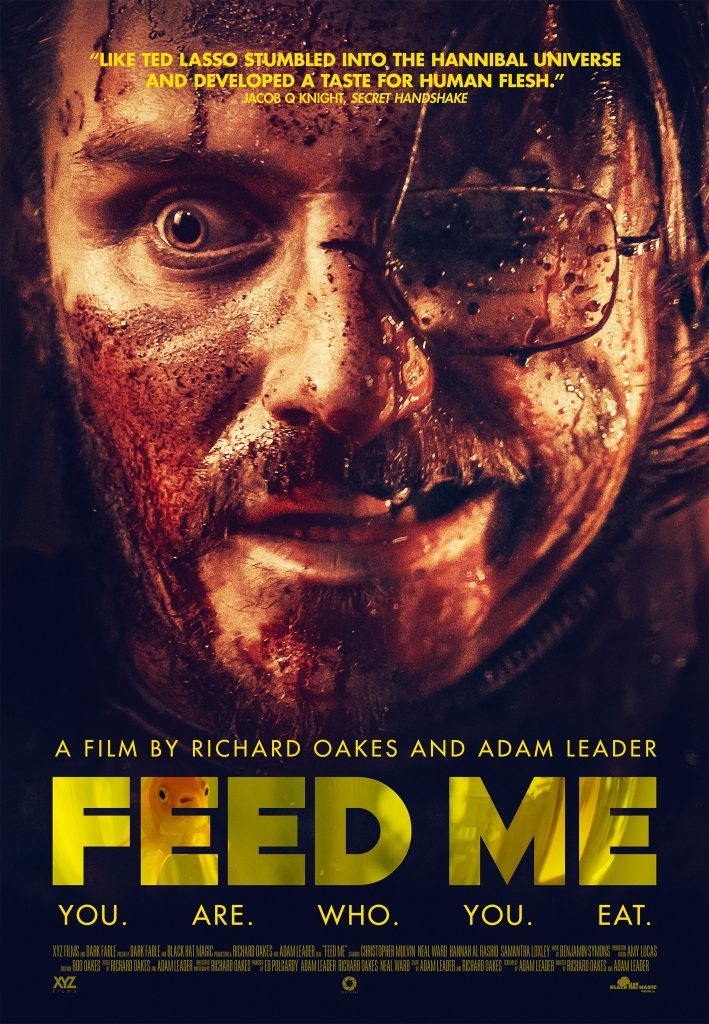 ← Prev: Monster Movie 'All Eyes' Is Out Now! Next: Shorts Reviews: “CIMIM” and “Witchy” (Screamfest) →