Writer/director Cody Mobley’s short shocker CIMIM left me wanting more, more, more in the way of a feature-length version. A group of friends is sitting around talking and drinking during a desert camping trip when one of them (Laura Jenkins) goes to retrieve something from her vehicle and returns to the group to find herself  —  or something that looks exactly like her — sitting in her place. Mobley uses eerie sound design and classic off-screen terror to heighten the tension in this highly effective, great-looking horror short. 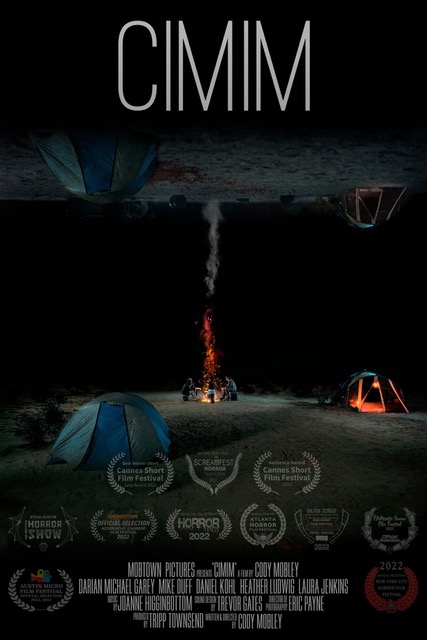 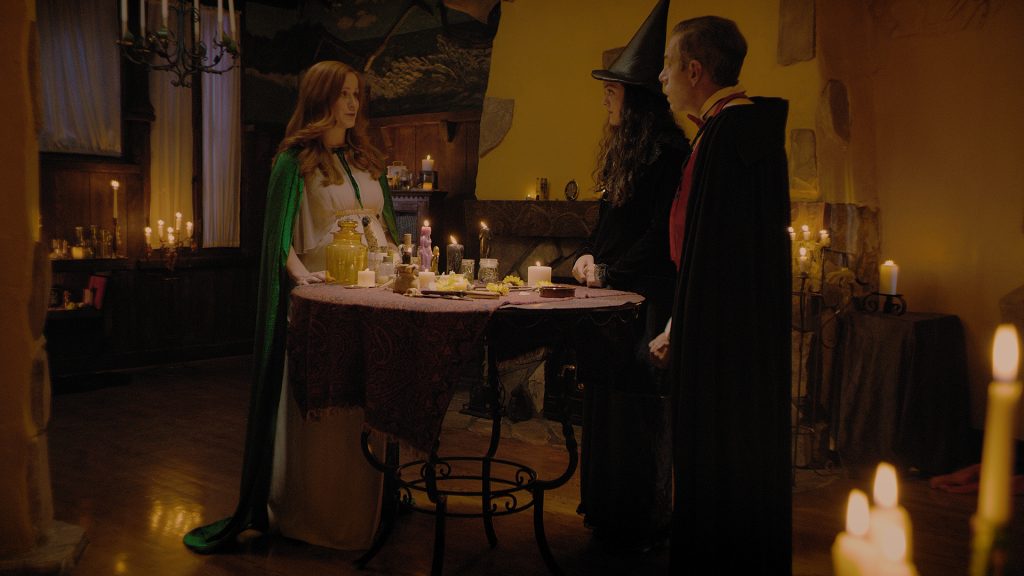 In Witchy, Ken (John Ross Bowie) wants to go trick or treating with his teenage daughter Winter (Morgan Bastin) on the first Halloween after the passing of Ken’s wife and Winter’s mom to keep up a family tradition, as Halloween was the woman’s favorite time of year. Winter isn’t thrilled with the idea because she feels that she is too old to dress up in costume, she wants to go to a party with her friends, and she is also upset about the fact that her boyfriend cheated on her. Ken talks here into it, though, and when they wind up at the house of a woman named Francie (Christine Weatherup), their night gets truly magical. Writer/director Liz Manashil crafts an engaging, lighthearted supernatural comedy that aims for heartwarming smiles more than belly laughs, and succeeds in its mission. The cast members all give winning performances, and the production values are solid.