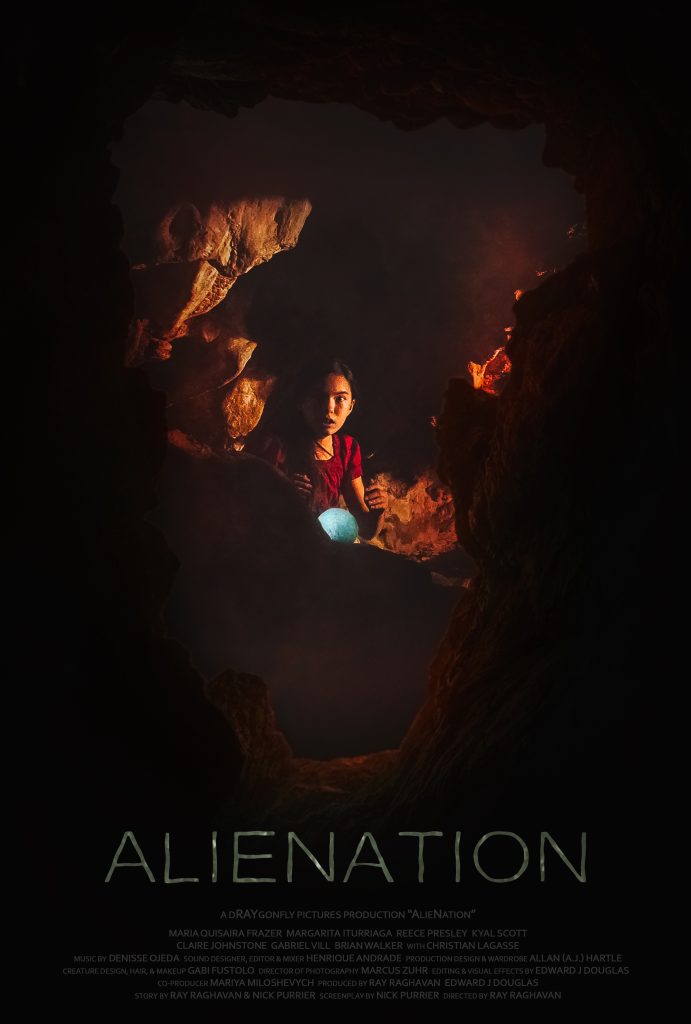 Director Ray Raghavan’s AlieNation (Canada, 2022) finds a young girl named Maria (Maria Frazer) and her mother (Margarita Iturriaga) being chased through the woods by border patrol agents who aren’t shy about using their guns. Maria makes an astounding discovery while hiding in a cave entrance, and soon enough everyone finds themselves pursued by a deadly entity. The double-meaning title gives away what joins the chase, but that gives me the opportunity to say without giving away a spoiler that the creature design is highly impressive. Chase scenes and social issues combine to make this well-acted and deftly directed science fiction/horror hybrid a winner. 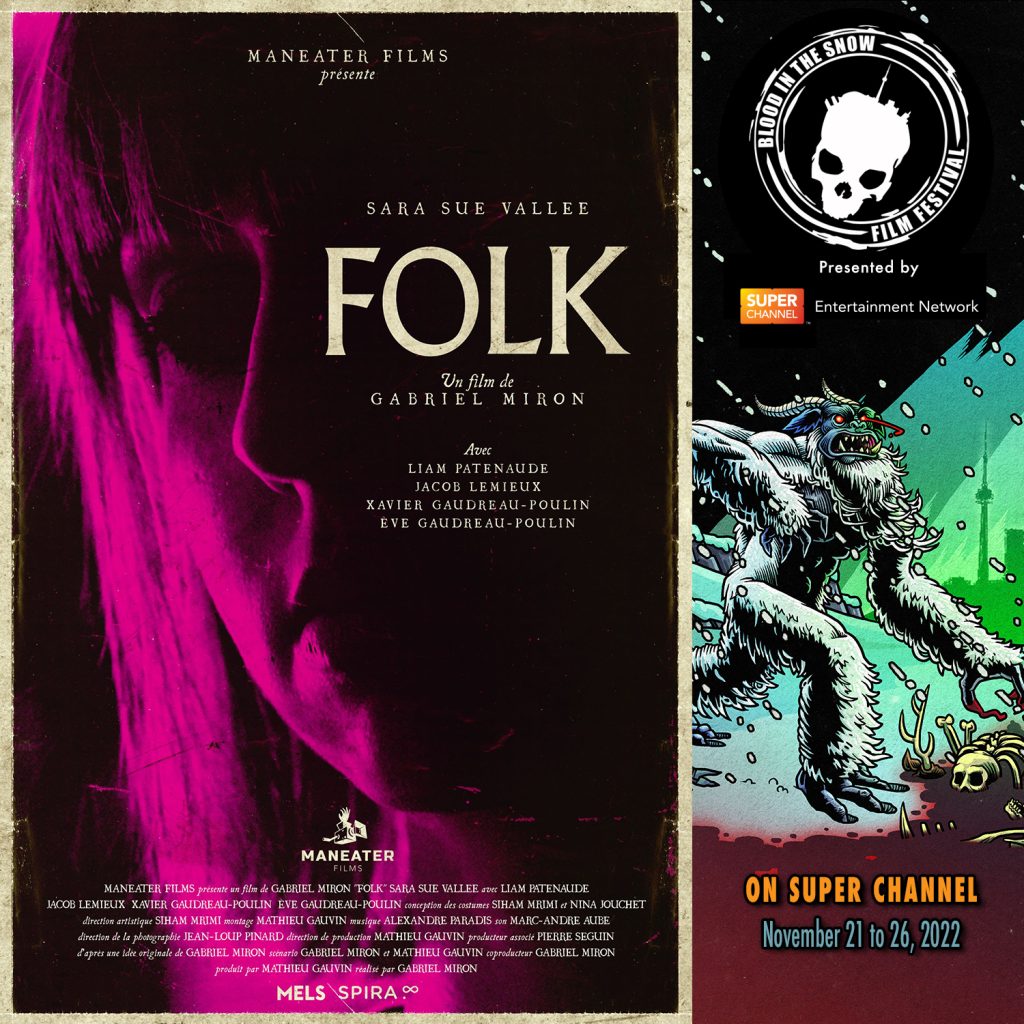 Director Gabriel Maron crafts a goosebumps-inducing Halloween folk horror in Folk (Canada, 2022), in which a young woman (Sara-Sue Vallée) turns away some trick-or-treaters at her front door, only to find that these are not your average children simply looking for candy handouts. This supernatural chiller sports an ominous tone and unsettling color palette, and Vallée is terrific in her role as the unwitting protagonist. I would love to see this short become a feature, because the mythology it promises should leave plenty to explore. 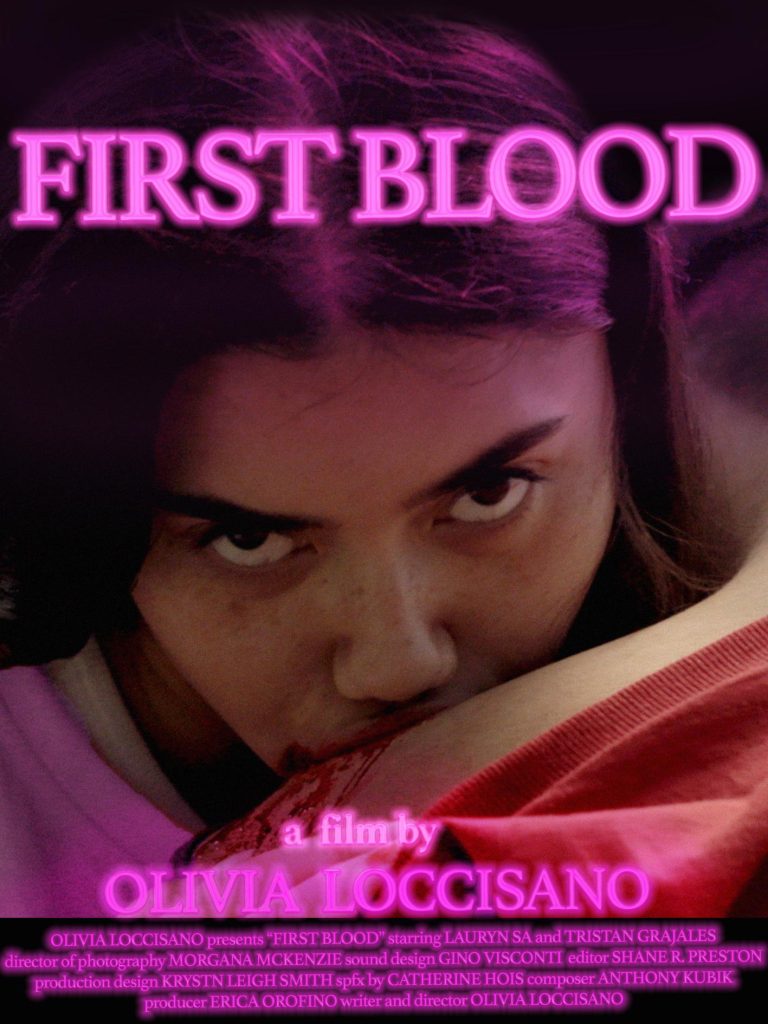 In writer/director Olivia Locciano’s First Blood (Canada, 2022), a teen girl (Lauryn Sa) discovers that her first period awakens a new, unusual hunger in her, one which gives her eerie visions involving the boy (Tristan Grajales) that she likes. Locciano delivers a not-for-the-squeamish entry into cinematic fear-fare involving menstruation, which includes such predecessors as Carrie and Canada’s own Ginger Snaps. Sa gives a solid lead performance, and the chemistry between her and Grajales is believable.

AlieNation, Folk, and First Blood screen as part of Blood in the Snow Film Festival, which takes place in Toronto, Ontario, Canada from November 21–26, 2022, with a Super Channel lineup on the same dates. For more information, visit https://www.bloodinthesnow.ca/.

← Prev: Ultimate Guide to Telling Scary Stories Next: Deadly Creatures In The Old West: 'Night Of The Tommyknockers' Unleashes Trailer →