People have had a fascination with serial killers for most of history. We are captivated with true crime and trying to figure out what makes killers do the horrific things they do. There are many great documentaries on Netflix on the subject, and we just happened to have a list of the 8 best.

Albert Fish, known as “The Werewolf of Wysteria” and “The Brooklyn Vampire”, was not only a serial killer, but a cannibal and pedophile. Fish, active from 1924 to 1932, is said to have killed over 100 people, mostly children. Fish suffered from Schizophrenia, but that did not keep him from meeting his end in the electric chair in 1936.

H. H. Holmes was not only America’s first serial killer, he was also one of the worst, yet most people have never heard of him. Holmes built a grand hotel, often referred to as “The Murder Castle”, which operated during the World’s Fair. The hotel was  built with murder in mind. It had hidden body shoots, rooms that appeared normal, but were actually gas chambers. There was even a crematorium built into the basement. Holmes would kill guests, clean and bleach their bones. He would then sell their skeletons to medical schools and doctors. Holmes, after being caught in 1895, confessed to killing nine, but officials believed that the real body count was over 200.

The Iceman Tapes: Conversations With A Killer (1992)

Richard Kuklinski aka The Iceman was a Mafia hitman. Kuklinski managed to hide his activity for 30 years while playing the part of a family man and father of three. After finally being caught he confessed to killing between 100 and 250 people.

This documentary is the sequel to Broomfield’s Aileen Wuornos: The Selling of a Serial Killer. It focuses on Wuornos’ death sentence. Wuornos, a prostitute, murdered six men between 1989 to 1990. During her trial she claimed that the murders were self defense. Many believed that Wuornos suffered from severe mental illness, even thoug she was deemed competent to stand trial.

Carl Panzram: The Spirit Of Vengeance (2012)

Carl Panzram secretly penned his autobiography while in prison, this documentary is based on the manuscript. In his autobiography Panzram stated that he took twenty-one people’s lives and raped over one thousand. The Spirit of Vengeance is told from Panzram’s point of view.

Investigator’s delve into the missing persons tied to the Manson family. Investigators believe that many people were killed for attempting to leave the cult. The documentary features searches on the properties that were once occupied by Manson and his infamous cult.

The series features interviews with multiple serial killers along with law enforcement officials, victims’ families, attorneys and other people attached to their cases. The series premiered in 2012 and is still airing.

← Prev: Watch The First 4 Minutes Of The Walking Dead's Mid Season Premiere Here Next: Catch 'The Wave' This March → 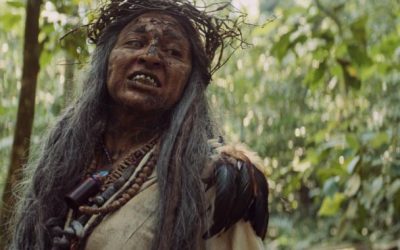 Beyond Fest, the highest-attended genre film festival in the US, is excited to announce its complete slate of 2022...