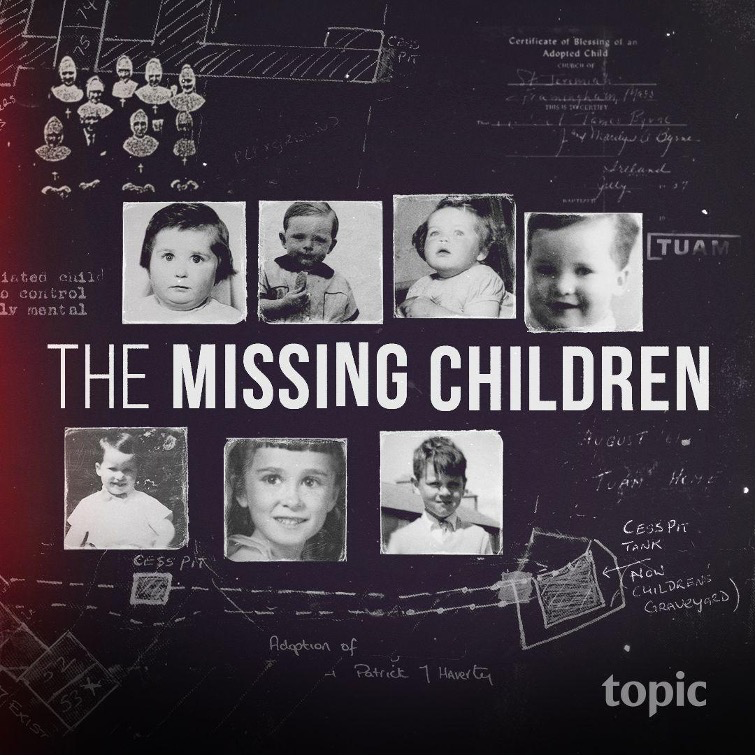 Real-life tragedies are often far more frightening than those in horror films. The documentary The Missing Children explores the tragedies and horrors that occurred at the Irish Tuam Home, where the bodies of 796 babies were discovered buried in a septic tank. Hundreds of children died of neglect or were adopted, often illegally, from the notorious institution run by Bon Secours nuns.

“40 years ago, thousands of children were snatched from unwed mothers in Ireland at the behest of the Catholic Church. The remains of 796 of them were found in a septic tank of a Mother and Baby home run by Catholic nuns – many more were trafficked to the US in forced adoptions, and thousands are still unaccounted for. How was this allowed to occur and who is to be held accountable?

The Missing Children is an extraordinary true crime story that exposes the Catholic Church’s involvement in the trafficking, neglect, and suspicious deaths of babies born to unwed mothers in Ireland. Weaving together shocking revelations about what happened to the children under the Bon Secours nuns, with the compelling present-tense narrative of survivors searching for their families, the series shines a bright light on the hypocrisy and cruelty that occurred and seeks accountability within the systems that allowed it.

Many of these children were sent to America for adoption and so much of this story is rooted here. Since the end of the series, the filmmakers have discovered even more families who have ties to Tuam who are eager to tell their stories. The series tells a powerful story of survivors and families uncovering the truth and is a must-watch!”

The 3-part documentary will premiere on Topic on March 3rd, 2022.

← Prev: Shudder Snags The Romantic Horror Film 'Attachment' Next: Alexandra Park Crawls Through The Mud In The First Image From Horror Thriller 'Carnifex' →