Shudder Review: Hellbender Will Cast A Spell On You 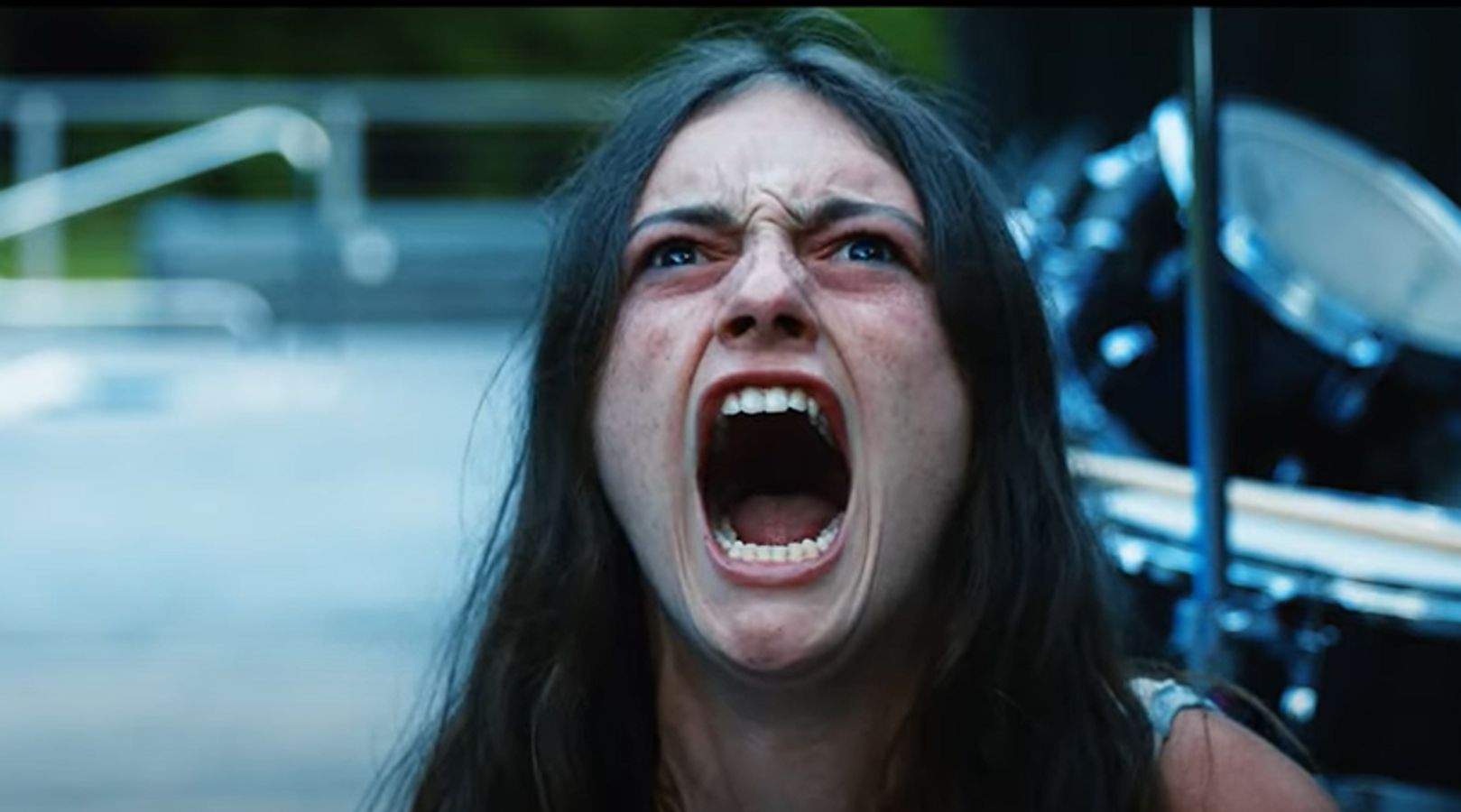 From the Adams family, no, not that Addams family, we’re talking about the filmmaking family, comes Hellbender, the supernatural witchy coming of age film premiering on Shudder in just a few days.

Hellbender centers on 16-year-old Izzy (Zelda Adams) who suffers from a rare illness that has kept her isolated on a mountaintop with her mother (Toby Poser) her whole life. As Izzy begins to question her sickness, she pushes back against her confinement and secretly befriends Amber (Lulu Adams), another girl living on the mountain, but her newfound happiness is derailed after she eats a live worm as part of a juvenile game and finds an insatiable and violent hunger awakened within her. To understand the hunger, Izzy must learn the dark secrets of her family’s past and the ancient power in her bloodline.

This movie is a family affair, with the Adams family writing, directing, producing, scoring, and editing the film. It’s the sixth feature from Wonder Wheel Productions, the family-run production company founded by Poser and Adams and their children. The family also produced the music for the feature with tracks from their experimental punk band H6LLB6ND6R which I really enjoyed.

The acting in the film was surprisingly good with Zelda Adams playing the young woman Izzy, who is extremely sheltered and who has only known her mother, no friends, and who has no social contact with the outside world. It’s no surprise that she goes off the rails after being micro-managed her entire life. Izzy starts as a kind and gentle girl but it’s no surprise with her first taste of a power she rebels.  At the heart of this film is a story of a young woman finding her power, like punk rock, blood-thirsty butterfly emerging from its cocoon.

The film itself is dark with moments and scenes that make you feel as if you are witnessing someone’s acid trip, but somehow it works. When it comes to the special effects, well, they aren’t great. But the cinematography, unique story, and witty dialogue more than makeup for it.

Hellbender is entertaining and features a fresh twist on the witch mythos. If you’re looking for something different to watch, I’d recommend it, the soundtrack is worth it alone. Hellbender premieres exclusively on Shudder on February 24, 2022.

← Prev: Dark Secrets Surround A Woman's Death In The 'Lost Angel' Trailer Next: A Blood-Drenched Trailer Arrives For Horror Anthology Series "Beyond The Dark" →