Ever wanted to be the Devil and command your own army to spread darkness across the land? Well, now you can in Rogue Lords, a turn-based roguelike game from NACON, Cyanide, and Leikir Studio that came out for PC in September and has since won two awards for Best Art Direction for a PC game, and Best Character Design. Now Rogue Lords is out for consoles and I was able to give it a try!

In Rogue Lords, you take on the role of the devil who’s been stewing in hell after an embarrassing defeat against Van Helsing and his demon hunters. The time for vengeance is at hand as you summon devoted followers who will carry out your orders to fight back against the good in the world. Your devoted followers who you give orders to are made up of nine famous villainess people from fiction and folklore such as Baron Samedi, Bloody Mary, The Headless Horseman, and more! 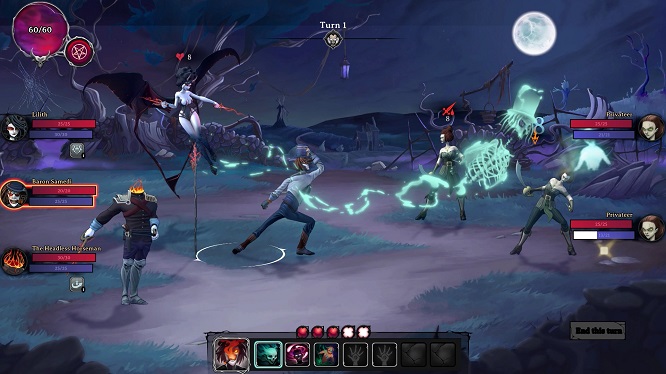 Now onto the game itself! Being turn-based the game is a marathon with a lot of detail to keep track of, I guess you can say the devil’s in the details, pun intended! Players will have to move around on a map and interact at certain points in order to progress, some of these points of interest will be combat, meeting the grim reaper (who acts as the store where you can buy items and skills with souls you collected), alters to sacrifice skills, story chapters, or events where the choices you make will determine the character’s performance during the level.

Rogue Lords is voice acted with great talent, I just wish they had more spoken dialogue for some of the events. The soundtrack is perfect for the game and, dare I say, it gives a bit of a Halloween feel as I listen to it. When it comes to the game’s art, the award it won was well deserved as the artwork and character designs fit perfectly in the “Book” world that is presented making them look like living illustrations.

When it comes to the overall gameplay, I would say that this game has hardcore and veteran turn-based players in mind, I don’t play many turn-based combat games but the ones I have are quite simple to play while Rogue Lords is quite involved. With that said, failure to complete a book (Level) does not simply mean the game is over, on the bright side you unlock items and collectibles, as well as characters with the points you’ve earned during your playthrough which helps non-hardcore turn-based players like myself feel a sense of reward even though we’re probably playing the game wrong.

Overall, Rogue Lords is what I call a fun afternoon burn, meaning that if you want to play a game to kill some time without really getting too immersed in it then this is one for you. Even if you want to spend hours playing this, go for it as I feel it has a bit of something for everyone, I know I would probably get serious about this game more around Halloween given the vibes I get from it.

On my scale of 1-10 Rogue Lords gets an 8 as though the art, sound, and music really holds it together, the gameplay mechanics may be a bit much for those new or unfamiliar with the genre of turn-based games.

Rogue Lords is out now for PC, PlayStation 4, Xbox One, and Nintendo Switch. 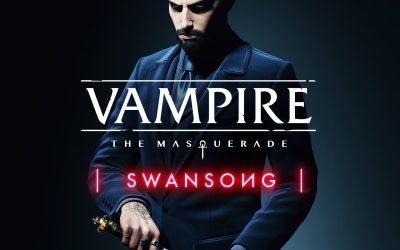 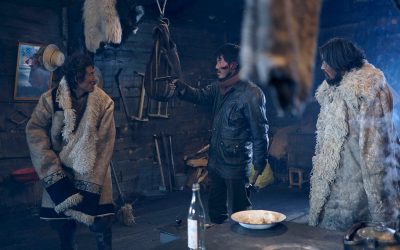 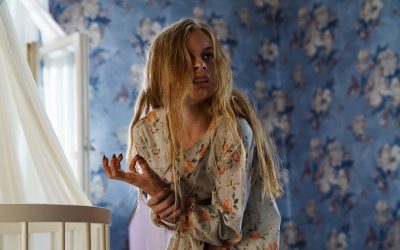