Shudder Original Horror-comedy ‘Who Invited Them’ To Debut This Summer 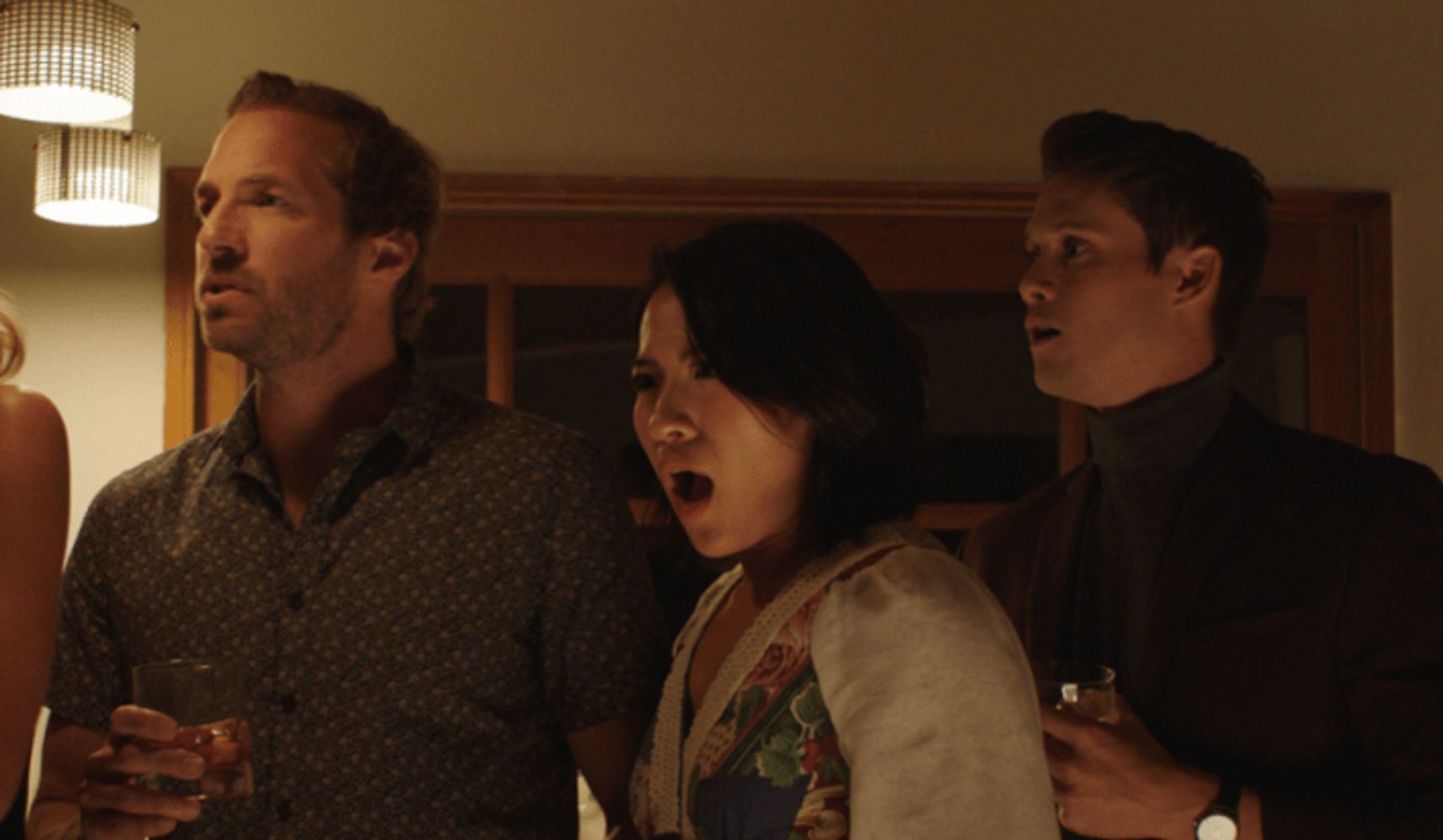 Shudder, AMC Network’s premium streaming service for horror, thriller and the supernatural, has announced the release date for its latest Original Film, the horror-comedy Who Invited Them from writer-director Duncan Birmingham (Maron, Blunt Talk).

The film, which made its U.S. premiere at the New Orleans’ Overlook Film Festival, stars Ryan Hansen (Party Down), Melissa Tang (The Kominsky Method), Timothy Granaderos (13 Reasons Why) and Perry Mattfeld (In the Dark).

In Who invited Them, Adam and Margo’s (Hansen, Tang) housewarming party is a success. However, one mysterious couple (Granaderos, Mattfeld) linger long after all the other guests have left. The uninvited couple reveals themselves to be their wealthy neighbors, Tom and Sasha. But as a single nightcap leads to another, Adam and Margo start to suspect these new friends are actually duplicitous strangers.

The feature is a Shudder Original Production, produced by Mary Pat Bentel (This Close, Holly Slept Over). The deal was negotiated by Emily Gotto and Nicholas Lazo on behalf of Shudder and Bentel on behalf of the filmmakers.

“Who Invited Them puts a fresh, fun twist on the home invasion genre. It’s darkly comic yet shockingly sinister. We can’t wait for Shudder members to check out the party,” said Shudder general manager Craig Engler.

”Some of my favorite filmmakers have their films on Shudder and everyone knows horror fans make the best audiences so it’s a real thrill for our dark twisted labor of love to find a home there. I’m very excited to be part the family.” Added Birmingham,

Who Invited Them will be available exclusively on Shudder in the US, Canada, the United Kingdom, Ireland, Australia and New Zealand on Thursday, September 1, 2022.

← Prev: H.P. Lovecraft's 'Witch House' Conjures A July Release Date And Trailer Next: "The Umbrella Academy" Is Back With Season 3 This June! →

Back in 2019, viewers went through a gambit of emotions, mostly disgust and confusion, after watching the documentary...

MUBI is proud to announce the U.S. theatrical and streaming release of The Box (La Caja) the gut-punching...

Today, Paramount Home Entertainment is releasing the psychological horror-thriller The Visitor on Digital and On...