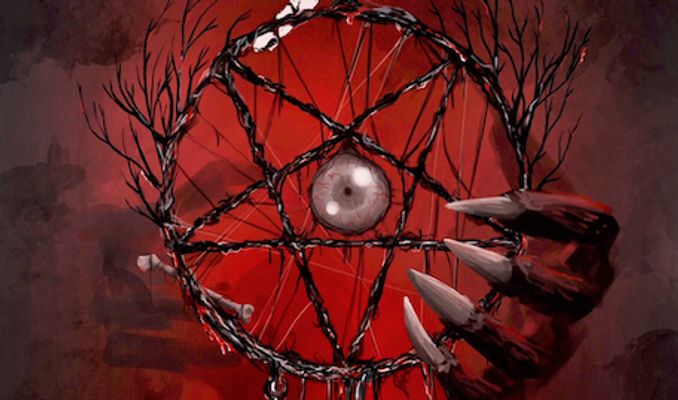 Award-winning writer & director John Penney debuts the first look at his latest psychological horror novel ‘It Comes Back‘ and asks you to help shape the story.

On September 15th, the first two chapters of the book become available via the Crowdfundr platform, and he is actively asking audiences for feedback on his work to shape the story through to the end – akin to a choose your adventure.

‘It Comes Back’ is a psychological horror novel that explores trauma, guilt, and people’s unsuccessful attempts to run away from their past mistakes.

As well as getting exclusive access to his book, other perks include getting a character named after you, signed previous works, and one-on-one meetings with John himself, who can impart his wisdom to fellow writing enthusiasts.

Penney’s previous novels include ‘Truck Stop’ and ‘Killing Time’ but he is best known for the films Return of the Living Dead III, Zyzzyx Road, Hellgate, and The Kindred.

“I have spent my career writing screenplays for films, including “Return of the Living Dead 3”, “The Kindred” and “Re-Animator Unbound.” Although the process has been rewarding, my best creative experiences have been the two novels I wrote “Truck Stop” and “Killing Time.” Crowdfundr gives me the opportunity to pursue writing novels. There are no barriers between my ideas and the reader. The connection is pure and I can express myself one on one. This is pure joy. Crowdfundr also allows me to hear back from my readers directly,” said Penney.

In the new book, Allison Cutter is just a typical housewife living in California with her husband Ray. One night she wakes up to find herself alone in her bed with Ray nowhere in sight. She looks for him, but instead of finding her husband, she finds a different man in her kitchen. A completely nude man with slashed wrists raided her refrigerator. Before Allison can call for help, she is stabbed seven times in the back. Ray flees from the police but is apprehended in Yucca Valley. He is frantic and makes only one request: to speak to Office Vale.

To the police, this is just a crime of passion. Another husband went crazy and murdered his wife. Ray is taken to the Yucca Valley police station for one night and detained until the San Bernadino police arrive the next morning to transport him.

Office Bianca Vale arrives for her night shift along with her colleagues Jim, Charlotte, Arnie, and her boss Benjamin. They prepare for a regular night at the station with Ray and a drunk detainee in custody, simply biding their time until the sun rises. Bianca is fresh off a failed date and is looking to get her mind off it. But there is far more weighing Bianca down than just her love life. Her relationship with her sister is on the rocks and she has yet to forgive for a tragic mistake year prior. The type of mistake that most people could never live down.

Yet Bianca is not the only one at the police station who is wracked with guilt. None of her colleagues, despite their outward demeanors, have lived perfect lives. Some of them are dealing with demons as large as Bianca.

Everyone at the station follows protocol. They log in Ray’s belongings, fill out paperwork, and analyze the crime footage. However, Ray’s detention quickly proves itself to be far from a routine shift. And far more sinister too. A shadowy figure begins to manifest itself as each officer’s greatest regret and picks them off one by one. Each officer’s worst enemy is their own mistakes which means no one is safe. To make matters worse, the police station loses all contact with the outside world.

Now, making it until the morning alive may be one of the most difficult challenges Bianca has ever faced. But if she hopes to do it, the only key might be Ray himself.”

For more details about the novel, to sign up for a perk, or more information about getting involved, please visit the CrowdFundr page. 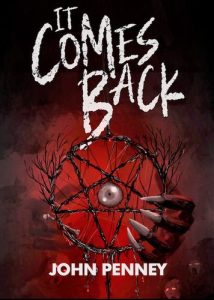 ← Prev: A Couple's Weekend Becomes A Hallucinatory Nightmare In 'To The Moon' Next: 'Goodnight Mommy' Remake Trailer Released By Prime Video →