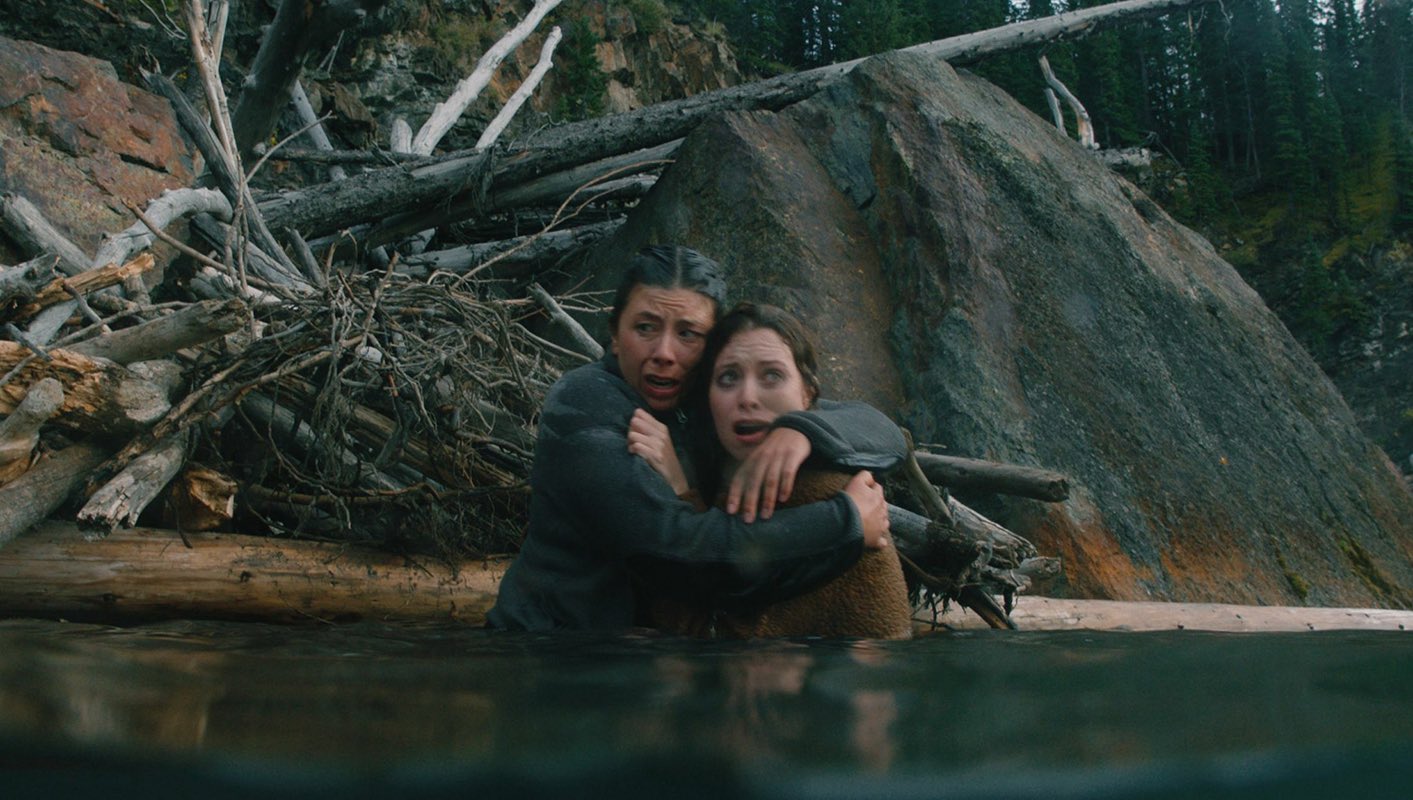 Canada’s Blood in the Snow Film Festival (BITS) presents another exciting hybrid version serving up homegrown horror features and shorts both on the big screen and online from November 21 – 26, 2022. Toronto’s Isabel Bader Theatre will host the live screenings, which include world premieres and festival favorites from this year. Online screenings will be available on Super Channel Fuse. Following is the official press announcement.

Super Channel and Blood in the Snow Film Festival (BITS), a unique and imaginative showcase of contemporary Canadian horror films, are pleased to announce that a hybrid version of the BITS film festival will return again this November. The on-air portion of the festival features six harrowing horror films and a variety of bone-chilling shorts for fans across the country to enjoy nightly on Super Channel Fuse from November 21 – 26, including the World Premiere of The Devil Comes at Night from writer/director Scott Leaver. The in-theatre portion of BITS will be presented at the Festival’s new location, the Isabel Bader Theatre in Toronto, with screenings at 7 and 9:30 p.m. each night, showcasing an entirely different line-up of twelve programs comprised of nine features and selected short film programs.

In-person highlights include the highly acclaimed Polaris by KC Carthew; the sci-fi comedy Relax, I’m From the Future by Luke Higginson; Rodrigo Gudiño’s The Breach with music by the film’s producer, Slash of Guns N” Roses, and Jesse Thomas Cook’s Cult Hero closing the festival.

“We are proud to once again partner with BITS and present another selection of some of the best new horror films that Canadian independent genre cinema has to offer and bring them to a national audience,” said Don McDonald, President & CEO, Super Channel.

“This is the biggest and most diverse lineup we’ve ever had for the festival, with 15 features and 54 short films playing over both platforms. We are so grateful to have had the support of Super Channel that hosted the festival during the pandemic, and we wanted to keep that relationship going to give fans multiple experiences of Blood in the Snow.” said Kelly Michael Stewart, Festival Director and Founder of the Blood in the Snow Film Festival. “We really have the best of both worlds now with this incredible new 500-seat theatre for the best in-person experience possible and this great opportunity to have audiences from all across Canada join the festival as well on Super Channel.”

Below is the BITS lineup of features and shorts programs scheduled to air nightly on Super Channel Fuse and in-person at the Isabel Bader theatre. All films, both on-air and in-theatre, will have one festival screening only, so horror fans are encouraged to catch them while they can! All festival features will be preceded by a short film and followed by a Q&A with filmmakers.

Tickets for the Isabel Bader Theatre lineup are on sale now and can be purchased here. Super Channel is available via most television providers across the country as well as streaming on Amazon Prime Video Channels and Apple TV+. Click here to subscribe.

After being released from a correctional facility and moving to a small town, Evelyn struggles and searches for meaning, but her search is interrupted by the arrival of a mysterious book about a powerful God who brings peace wherever he goes.

While struggling on a solo backpacking trip in Thailand, social media influencer Madison meets CW, who travels with ease and shows her a more uninhibited way of living, but CW’s interest in her takes a darker turn. 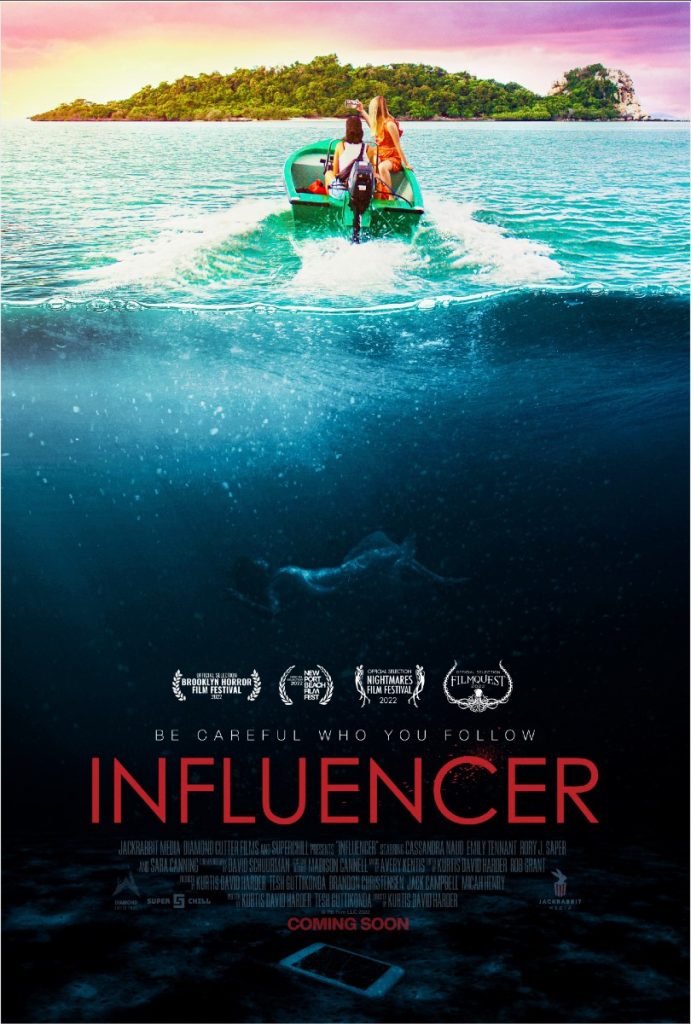 12 am ET / 9 pm PT – Mournful Mediums (88 mins) – Not too short, not too long! A short film program of the best in Canadian medium length shorts.

7 pm – BITS and BYTES (105 mins) – A feature length program of highlights of the best Canadian horror and sci-fi digital programming.

Mathieu is a brilliant neurosurgeon whose perfect life is falling apart. Impending divorce, job loss, substance abuse, and a mid-life crisis are all factors that can cause him to go off the rails. In addition, the sudden death of his father forces him to return home to Anishinaabe territory, a place he has tried to avoid since his youth.

7 pm – Funny Frights and Unusual Sights (94 mins) – A feature length program of our horror comedy shorts and things generally on the lighter side of death.

Locked in a mysterious room and commanded by an unknown voice, Eileen must complete several tasks in order to save her daughter’s life. As the tests and the stakes intensify to the point where succeeding seems impossible, Eileen discovers unexpected skills. Armed with new confidence and powerful force, alone against an army, she plans a daring escape…

Steve and Anika are two social media influencers and entrepreneurs, living an accomplished and ideal life. One night, a man breaks into their backyard, disrupting the peaceful life they had created. The ensuing fear culminates with the appearance of a mysterious countdown on screens and mirrors throughout their home. As the countdown approaches zero, it reveals the true nature of what is hiding behind their perfect lives.

7 pm – Dark Visions (87 mins) – A feature length program of our darkest, creepiest and weirdest films at Blood in the Snow.

A young girl raised by a polar bear pursues her destiny after escaping capture by brutal warriors intent on killing her mother. Set in 2101, against the backdrop of a subarctic wasteland, SUMI, a human-child raised by a POLAR BEAR, narrowly escapes capture from a brutal MORAD hunting party. When Sumi stumbles across FROZEN GIRL, an unlikely friendship is forged. Together they race ahead of the vindictive hunters towards the only guiding light Sumi knows, the POLARIS star.

Strange murderous creatures roam the streets. A group of neighbors are trapped inside a house. Leaving means certain death. How will they survive when someone inside the house starts killing the others? Trapped between a monster inside and monsters outside. Who is going to save you when the world has Shifted?

Joy Higgins—a survivor of domestic abuse—invites her friend Carmen Bazzoli on an Indigenous-led women’s weekend retreat in the Canadian wilderness, helmed by Joy’s group-therapist, Dr. Rachel Dunnley. As they become more isolated on the trip, terrifying circumstances reveal there is more to survive than just their trauma.

RELAX, I’M FROM THE FUTURE follows CASPER, a charming, but embarrassingly underprepared Time Traveler, now trapped in the past. When he befriends HOLLY, a jaded drifter, she helps him exploit his trivial knowledge of the future for a series of quick payouts, oblivious to the consequences they have set in motion. When DORIS, a more competent Time Traveler, tracks them down, Casper and Holly are forced to figure out what they mean to each other and whether the future they’ve threatened is even worth saving. Will they embrace their fate, or do they have the courage to change it?

A washed-up boxer searching for his inheritance must fight for his life when he is trapped in his deceased father’s farmhouse by a local cannibal cult.

Trapped in an underground facility, five scientists wake from cryogenic sleep with no memory of who they are or how long they’ve been asleep. They soon make a shocking realization – a killer is hunting them down and may even be hiding among them.

Counting down his last days as Chief of Police in the tiny town of Lone Crow, John Hawkins must investigate one last case when a mangled body with uncanny wounds washes up on the shores of the Porcupine River.

Manager-summoning control freak Kallie Jones attempts to rescue her husband from a “wellness center” with the help of a washed-up “Cult Buster” expert Dale Domazar.

Jess Peters, a struggling actress and live streamer, has finally found her hook: secretly filming creepy interactions she encounters via online job listings, and using the kinks of others to fuel her streaming success. For her next episode, she’s been hired to write the ending of a screenplay in a remote, lavish cabin. Once there, the alluring self-proclaimed screenwriter hands her a script in which the two of them are the main characters. This client isn’t what he seems, and even though the money is great… the real payment here could cost her life.