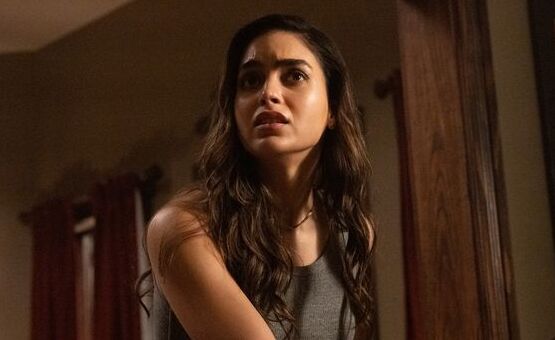 Scream star Melissa Barrera (Bed Rest) is returning for the upcoming sequel set to premiere next year, which follows four characters from Scream (2022) as they leave Woodboro for New York.

The talented actress, while speaking to Collider, teased that the sequel is bigger and bloodier than its predecessors.

“With the last Scream, they were tip-toeing and trying to be very respectful of what the franchise had been, up until that point, and keeping their inner gory dreams at bay. But with this one, they were like, “We’re going all out.” It’s potentially a hundred times gorier.” Barrera continues, “There was a saying on set because (directors) Matt [Bettinelli-Olpin] and Tyler [Gillett] were always asking for more blood and more sweat. They always just wanted more. ‘More blood spritz’ was the saying because they would just always want more.

Several past Scream stars are returning to reprise their roles, including Jasmin Savoy Brown, Mason Gooding, Jenna Ortega, franchise star Courtney Cox, and Hayden Panettiere from Scream 4. Dermot Mulroney (“The Purge” series) has joined the cast alongside Jack Champion (Avatar: The Way of Water), Liana Liberato (The Beach House), Devyn Nekoda (Ghostwriter), and Josh Segarra of “Arrow,” and Samara Weaving (Ready or Not), as well as Tony Revolori (Spider-Man: No Way Home).

The still-untitled sequel will see Ghostface slash its way into theaters on March 10, 2023.

← Prev: Horror Anthology 'Tales From Middleton High' Now Streaming On Tubi Next: A Group Of Friends' Worst Nightmares Come To Life In The 'Fear' Trailer →