The Veil Starring Jessica Alba Coming To DVD This February

The film, directed by Phil Joanou, follows the lone survivor of a cult’s mass suicide. Thirty years later she returns to the scene with a documentary film crew to confront the trauma that scared her for life. The group has no idea of the terror they are about to face. 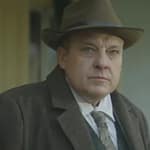