Horror New On Netflix This December (2016)

For more information on the film click the highlighted title.

Jaume Collet-Serra’s ‘House of Wax’ follows a group of college friends en route to a football game and end up stuck with broken down car. While looking for help Carly (Elisha Cuthbert) and her boyfriend, Wade (Jared Padalecki) stumble across a wax museum. After exploring and finding a man to help they discover that everything is not what it seems.

When two high school filmmakers set out to create the illusion of a haunting on a neighbor they realize too late that they have chosen the wrong man to prank.

Colleen Collette and Colleen McKenzie are teenage besties from Winnipeg who love yoga and live on their smartphones. But when these sophomores get invited to a senior party by the school hottie, the Colleens accidentally uncover an ancient evil buried beneath their Canadian convenience store. They join forces with legendary man-hunter Guy Lapointe to fight for their lives.

A serial killer’s curse unleashes a season of slaughter in the backwoods of Mississippi in the grisly slasher The Devil’s Dolls. Available December 6, 2016, from Scream Factory, in conjunction with IFC Midnight, this visceral film goes beyond the typical midnight slasher, featuring an incredibly intense, tightly-paced story and character-driven Southern Gothic thrills.

According to an ancient Guatemalan tradition, parents teach their children to allay their troubles by giving them handmade “worry dolls” just before bedtime. But when several of these talismans — which once belonged to a notorious mass murderer — find their way into the hands of unsuspecting residents of a small Southern town, it sets off a grisly wave of bloodshed. The latest from Rites of Spring director Padraig Reynolds is a voodoo-slasher shocker bursting with scarily inventive kills.

‘Spectral’ centers on a brilliant DARPA scientist who embarks on a deadly mission with a Special Ops team of Delta Force soldiers into a battle-scarred, war-torn city, where mysterious phantom aggressors code-named “Spectral” have been causing inexplicable civilian deaths.

A troubled teen is struggling to fight his homicidal tendencies, when he discovers a killer arrives in his small town. He must hunt down and destroy the killer while fighting his own urges in ‘I Am Not a Serial Killer’, directed by Billy O’Brien.

Morgan Spurlock’s documentary ‘Rats’ takes viewers on journey blow the surface to look the creepy creatures in the eye.

← Prev: Movie Review - It Watches is at Least Worth a Watch Next: Get Wrapped Up In The Mummy's First Trailer And Poster → 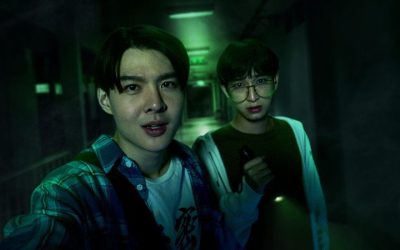