We reported back in April that a series adaption of’ ‘The Haunting of Hill House’ had been ordered by Netflix. A few days ago we announced that Annabeth Gish has joined the cast. Today, we have another update and a premiere date.

The adaption of Shirley Jackson’s 1959 novel by the same name will see Mike Flanagan in the director’s chair. The 10-episode first season is being referred to as a “modern re-imagining” with Daryll frank and Justin Falvey will be executive producing.
Timothy Hutton, Annabeth Gish, Selena Anduze, Amber Chaney, Henry Thomas, Oliver Jackson, Anna Enger, Nelson Bonilla, McKenna Grace, Carla Gugino, Michiel Huisman, and Robert Longstreet will star. Huisman is set to play the role of Steven Crane.
Mike Flanagan is well known in the horror genre for his film Ouija: Origin of Evil, Hush and Netflix’s adaption of Stephen King’s Gerald’s Game.
‘The Haunting of Hill House’ has been adapted twice before as films under the title The Haunting, first in 1963 and then again in 1999. In the 1999 version, Eleanor, Theo, and Luke decide to take part in a sleep study at a huge mansion they get more than they bargained for when Dr. Marrow tells them of the house’s ghostly past. Soon the house and the spirits within come alive.
‘The Haunting of Hill House’ will premiere on a very fitting day, October 31, 2018, with the first episode titled ‘The Twin Thing’. 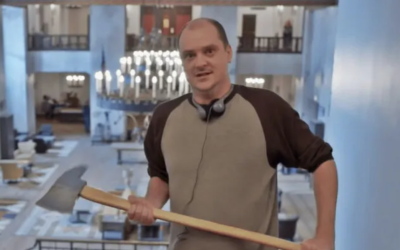