Plot
This book is such a great zombie story! A new idea, a scary idea, and a very terrifying possibility. We love, trust, and baby our pets…but what happens when they turn into zombies? It’s so simple, but Ellie Douglas has really dug in and revealed what would happen in her gore-filled novel Hounded. I love the plot and I love how Douglas has taken something so uncomplicated and universal and made it into an extremely dark and twisted story. The plot moves forward quickly and the story works along with all the gore and violence. While this is new take on the world of zombies, much like other zombie stories, it explores human nature…the sickest parts of human nature. The animals are the villains, but the humans are the enemies.
Characters
For me personally, one of the most important elements of a zombie story is the characters. How invested in the doomed characters and I and how much do I care when the inevitable happens? I was very invested into Ellie Douglas’ characters. The people in Hounded were important to me and missed when they met their various and violent ends. (This is not a spoiler…it’s a zombie book, you already know many people are going to die). Not only are the characters strong, but the group dynamics are strong. Douglas shows really powerful human emotions and honest reactions to traumatic chaos. As much fun as the plot is (and I love the plot), and as well-written as it is (very well written), the characters are what turn this book from a good book to a great book!
Writing
Ellie Douglas has written a great book. She shows skill not only in describing action and horror, but in building strong relationships between characters that readers actually care about. This is an extremely gory book, but at no time does it feel like Douglas is hiding behind the shock value of the violence. Her story is wholly entertaining and gripping from beginning to end. When I started the book, I wondered if I would care about the animals being turned as much as I would care if a human was turned (simply because it is harder to get connected to an animal in a book because we don’t see their point of view and their pain). I am so happy to say that Ellie Douglas showed EXACTLY how to the point of view, pain, and trauma within the animals. She has taken the thing many people love more than anything else (their pets) and made them the villains, but villains you feel connected to and sympathy for.

Critique
I really enjoyed this book. I don’t know that what I have to say here is a critique so much as it is a disclaimer. It is gory. Very gory. Like I said before, the gore is not for shock value and does not take away from anything in the story. Personally I really enjoyed the gore and how it was done so realistically (and I am sure most of you will too); however, I did just feel like I should give a heads up that this book is not for the faint of heart (or the weak-stomached).
Eulogy
People love their old horror-monster-friends but are also desperate for something new…this provides that. This book quenches the thirst we have for zombies, but does so many thing differently and better than many other zombie stories. I highly recommend that you go here, but it, snuggle up with your cat or dog (or both) and enjoy Hounded while your heart races!

← Prev: AMC Sinks Its Teeth Into New "Interview With The Vampire" Series Next: Blu-ray Review: The Ringmaster (2018) → 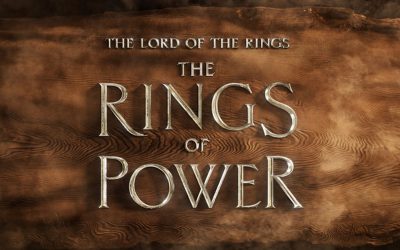 Watch as the title for Prime Video's upcoming series "The Lord of the Rings: The Rings of Power" is forged from... 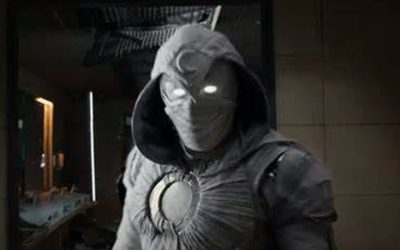 Disney+ has unveiled the first trailer for their upcoming Marvel series "Moon Knight," giving us our first look at the... 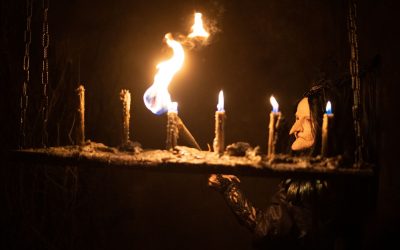 If you’re in the mood for a testosterone-fueled fright-fare outing in which World War II soldiers battle a coven of...