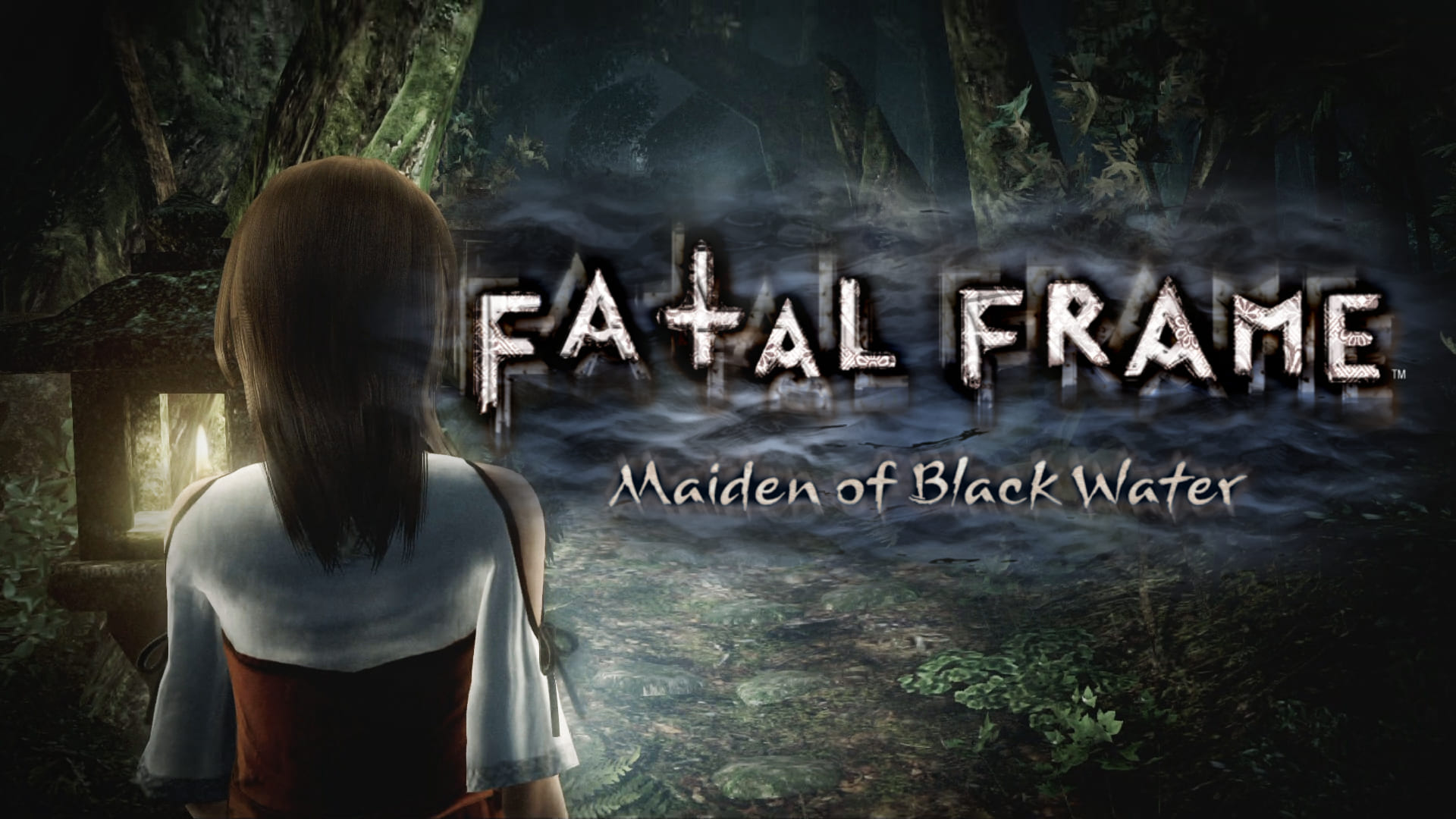 When it comes to horror games one always stood out to me as being truly scary and actually invoked nightmares for me in the past, and that’s Fatal Frame. I was super disappointed that after the game’s third installment that they stopped releasing it in the US, but when I heard about the series fifth installment being re-released for consols I said “You son of a bitch, I’m in!”. Let’s see if the series is still had its scares or if it’s lost it, lets check out Fatal Frame: Maiden of Black Water. First a big thank you to Koei Tecmo for the reviewing opportunity!

Fatal Frame: Maiden of Black Water takes place on Hikami Mountain that is a popular location for people to commit suicide much like the real-life suicide forest of Japan. The game follows three playable characters, Yuri a young woman with a developing sixth sense, Ren an author with a connection to the events on the mountain, and Miu a model who was spirited away on the mountain. Each character explores their surroundings but is in danger of being attacked by vengeful ghosts who they can only fend off using a magical camera.

Onto the game itself. The controls are a bit off it seems, it’s hard to describe it but it’s hard to control where your character is going in the third-person view, thankfully in the first person (using the camera in combat) it’s not bad and is comfortable. Unfortunately for the sound design, there’s no way to individually set the volume for certain things like sound effects and dialogue, so all sound is just one thing making it hard to hear what characters are saying at times (subtitles strongly suggested).

The art is good, not bad for going from WiiU graphics to console. Like the other three games I’ve played, it comes across as an interactive anime horror with how the characters look and are animated. the scoring system in the game is fun and helps keep you on your toes, when you take pictures you earn points that go towards updating your camera or buying costumes for your characters. there are some ghosts that pop up randomly and if you snap their picture you earn some decent points.

Overall, my experience of playing Fatal Frame: Maiden of Black Water is mixed. For returning fans there are new mechanics to get used to, I felt it lacked some of the intense scares that the first two games had. some of the mechanics involving that if your character is wet they’ll attract more evil attention sounds interesting till you see it’s really fan-servicing showing these animated female characters in wet cloths.

The difficult controls, mono sound, lack of terror, and more attention put to making characters sexy above others, affect the score I’m giving the game, but what saves it is the replayability with the scoring system, exploration, atmospheric settings, and entertaining story help pull Fatal Frame: Maiden of Black Water from the netherworld. On my scale of 1-10, it’s a 7.

← Prev: Watch The New Trailer For BritBox’s Killer Series ‘Reyka’ Next: This Week, Sink Your Teeth Into The Horror Comedy ‘Ankle Biters’ →