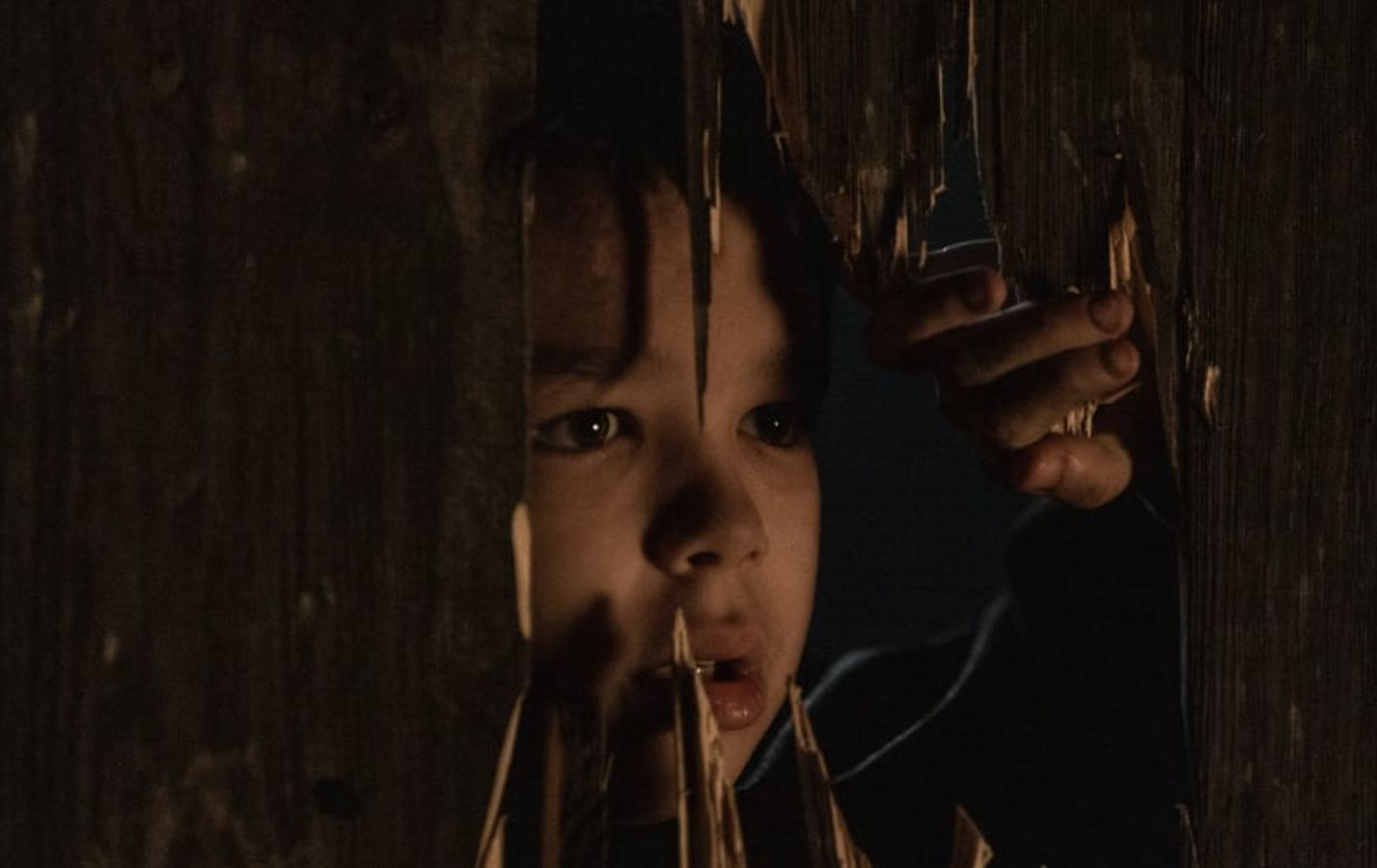 A desolate landscape stretches for miles surrounding a 19th-century home of a poor family, in The Wasteland. A mother (Inma Cuesta) spends her days teaching her son (Asier Flores) how to plant a garden, how to play games, and songs as his emotionally unavailable father (Roberto Alamo) tends to the more gruesome acts of making sure his family is fed with no help because the mother does not want her son’s innocence corrupted.

As the three sit by a fire, the father tells his son of a legend, of “the beast” that killed the boy’s aunt. A tall entity with hallow eyes that comes for those that are weak, those who have fear. In other words, it’s his way of telling his son to man up.

When the father must leave on a mission, his wife and son are left behind to fend for themselves. It doesn’t take long for them to begin seeing “the beast”. Soon they are locked in a battle for survival. But as his mother’s mind begins to unravel the boy must find a way to protect them both.

Dark and gritty, director David Casademunt’s Spanish film is the bleak tale of a boy overcoming the babying of his mother and taking his first steps on the path to becoming a man. Featuring heavy aspects of mental illness and suicide, The Wasteland is a combination of supernatural horror and a thriller.

Available on Netflix, the film is dubbed in English. While most dubbed films come out rough and off time, they actually did a nice job this time. I forgot for most of the film that it was dubbed.

Fans of gore and period pieces will enjoy The Wasteland, there is a lot of bloodshed. As for the film’s monster, I’m not sure what to think. While the effects look good in the few scenes we see it in, the creature came out looking more like a long-necked alien than something from this world. While that’s not necessarily a bad thing, I’m just not sure what they were going for.

All in all, it’s not a bad movie. The story itself feels familiar, a boy forced to grow up after bad things happen? We’ve seen it before, but there are interesting new elements added in.

Watch The Wasteland (aka El Paramo, aka The Beast) now on Netflix, and let us know what you think.