Movie Reviews: “The Changed” and “Alone with You” (Screamfest)

Director Michael Mongillo takes the basic premises of such classic paranoia-driven horror and science fiction fare as Invasion of the Body Snatchers (1956) and The Monsters are Due on Maple Street (1960) from the original The Twilight Zone series, and gives them a fresh, current spin with his feature The Changed (2021). The result is a finely acted, taut chiller that puts today’s social climates under a gripping cinematic microscope.

Mac (Jason Alan Smith) has anger issues that he is trying to work on, but that won’t be easy as he notices that his neighbors and others with whom he comes into contact are acting differently, in a way that he can’t quite figure out. His neighbor Bill (Tony Todd) tries to offer him some subtle reassurance over a morning cup of coffee, but as the day progresses, things get increasingly stranger — and more dangerous. When fellow neighbor and high school student Kim (Clare Foley) comes to Mac’s house to discuss some odd things happening in her day, the two find themselves in the middle of a mysterious situation, complete with government announcements and unauthorized radio messages. Mac’s wife Jane (Carlee Avers) returns home after being attacked by a coworker, and things get really insane when Bill comes calling and the couple tie him up and hold him at shotgun point demanding answers about what is taking place. Kim’s uncle Kurt (Doug Tompos) arrives and isn’t sure what to believe, upping the tension.

Mongillo focuses on characterization and the differing beliefs each person holds, as what might be happening slowly becomes more credible. To some, the possibility of becoming one of “the changed” — as the obviously different Bill calls those who have undergone more than mere personality alterations — is terrifying, while, to others it seems like a tempting option. He paces the suspense masterfully, focusing on an eerie, unsettling atmosphere that heads into nail-biting territory. The ensemble cast is terrific, giving fully believable performances.

One of the best “That’s not the same person I know” suspensers in recent memory, The Changed gets its point about the dangers of hive mind/groupthink mentalities across in a thrilling, entertaining manner. 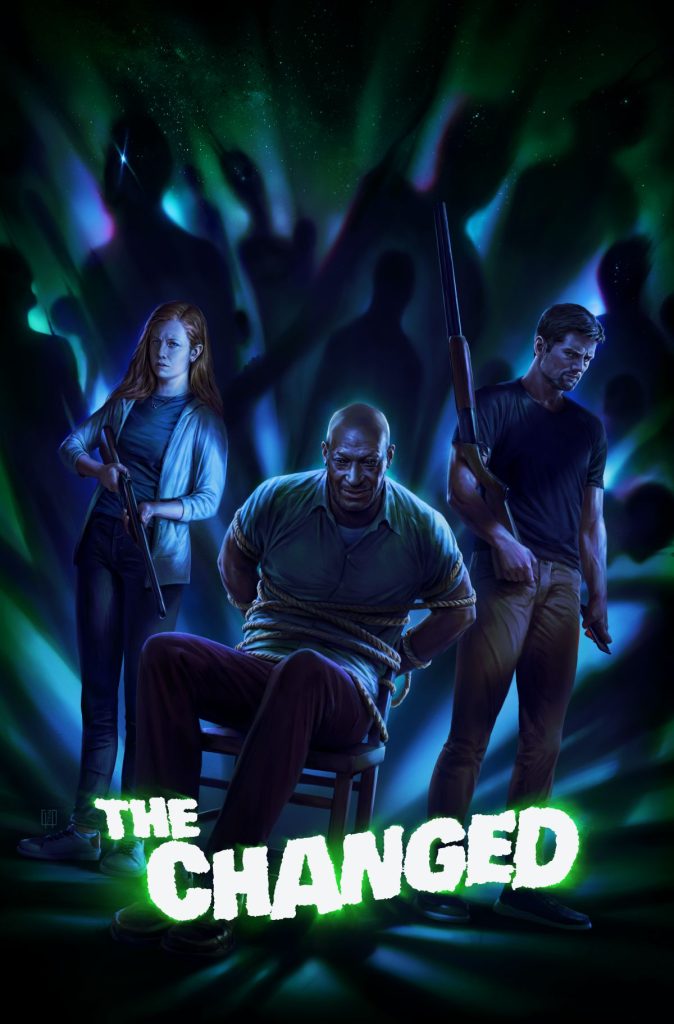 Alone with You is the latest entry in the “woman’s descent into madness inside her apartment” chiller subgenre, with such previous entries as Repulsion (1965) and this year’s Knocking paving the way. A fine entry it is, with Emily Bennett giving a bravura performance as Charlie, a young woman waiting in her Brooklyn apartment for her lover Simone (Emma Myles) to return from a trip. Charlie finds that her door is broken and won’t open, and that the windows have been covered from outside. She can’t leave her apartment, and soon “escape” becomes a better word than “leave,” as strange occurrences begin to take place and she becomes increasingly upset. Phone calls from her mother (Barbara Crampton) and her friend Thea (Dora Madison) only make matters worse, and calls to 911 go from unhelpful to hair-raising. Meanwhile, Simone isn’t returning any of Charlie’s voice mails, so Charlie’s suspicions about Simone being unfaithful increase as terrifying events inside the inescapable apartment also rise. Bennett runs through the gamut of emotions with her highly unreliable narrator character, nailing everything that is asked of her. Bennett cowrote and codirected with Justin Brooks, and the two do a terrific job of ratcheting up the suspense, building an eldritch atmosphere, and giving an air of mystery to the proceedings.

The Changed and Alone with You screen as part of Screamfest, which runs October 12–21, 2021 in Los Angeles, California. For more information, visit https://screamfestla.com/.

Dark Star Pictures will release the horror film  Alone with You in theaters on February 4, 2022 ,and On Demand, Digital and DVD February 8, 2022.