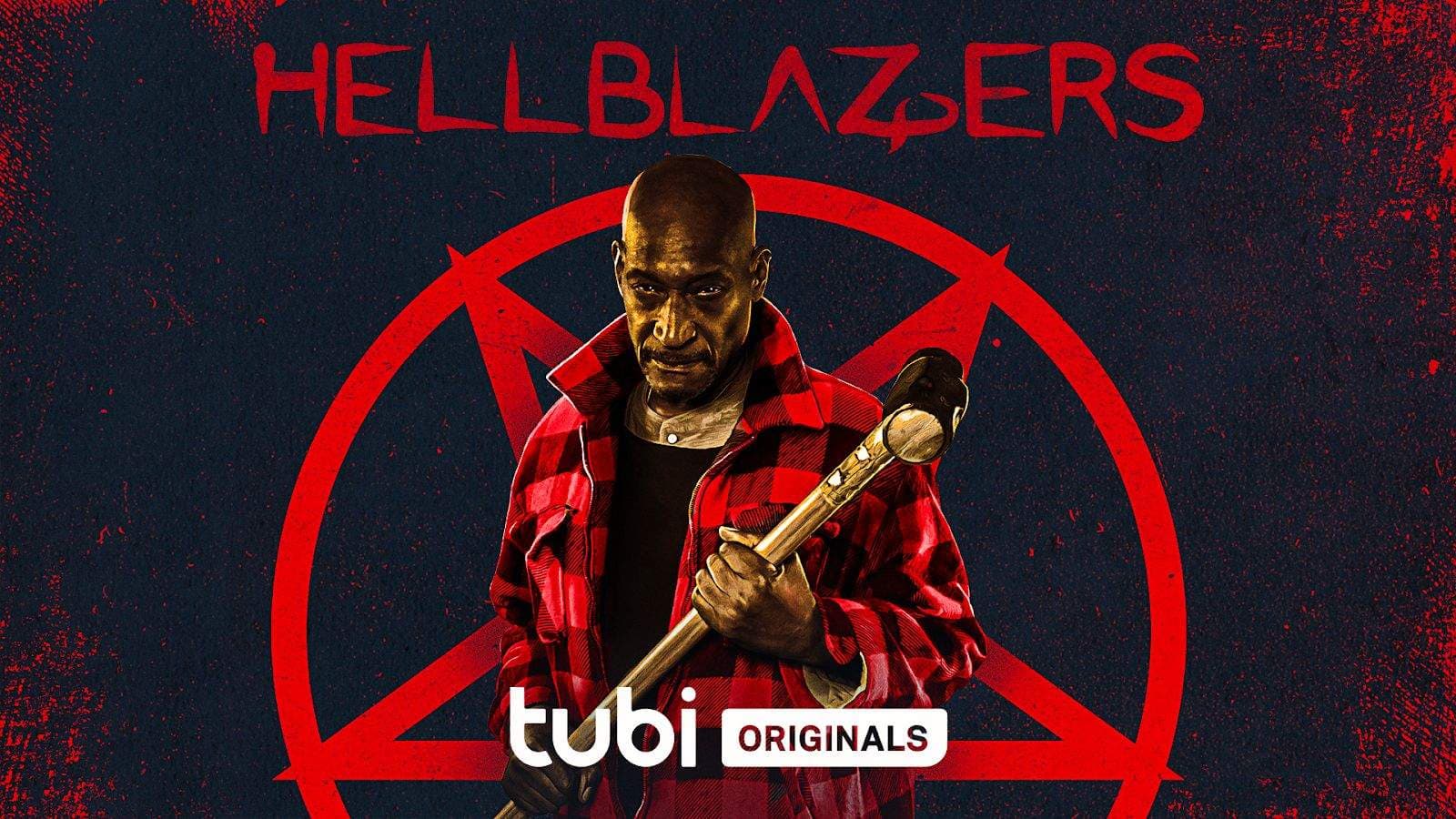 Tubi’s new original Horror Hellblazers takes us to a tiny remote town. Deep in the woods at dark a cult dances around a fire, led by a shaggy-haired Billy Zane. With a chant, the cult raises a demon and lets it loose to cause chaos and death. The town’s only hope of salvation is their new big city Sheriff, Joe (Ed Marrone), his two deputies (Crash Buist, Paige Sturges), and a trigger happy. ill-tempered old man (Bruce Dern).

In the movie, the town must come together to try to survive the demon as well as the cult members who are hellbent on killing them all. There’s a ton of action as the residents of the town use anything they can find as weapons, guns, knives, bats, explosives, and even a chainsaw to fight to survive or they’ll end up on the demon’s menu.

When I first reported on Hellblazers it was the cast that caught my attention, starring actors such as Tony Todd (Candyman), Bruce Dern (Nebraska), John Kassir (“Tales from the Crypt”), Meg Foster (They Live), Edward Finlay (Apache Junction), Ed Morrone (Final Kill), and Billy Zane (Tales from the Crypt, Titanic). The cast is impressive all on its own.

Throughout the film, as the creature feasts on human flesh, it continues to evolve, first sprouting horns, and getting bigger, uglier, and meaner as it goes. The demon looks amazing, easily being one of the best-looking creatures I’ve seen in an indie film in a while.

Written and directed by Justin Lee (Badland, Final Kill), the film has a bit of a 1980’s feel. Wihile there is a bit of cheese, the film provides ample gore and kills while being a lot of fun. While this film won’t leave you terrified, hiding under your blanket with all of your lights on, it is entertaining as hell. Luckily, you don’t have to wait to watch it. It’s now streaming exclusively on Tubi!

If you haven’t tried Tubi, you should. It has thousands of FREE movies and series, many of them being horror and you can watch them on any device including smart TVs.

← Prev: Guillermo Del Torro's 'Pinocchio' Comes To Life This Winter Next: Get Schwifty And Bring Home The "Rick And Morty" Season 1-5 Box Set →