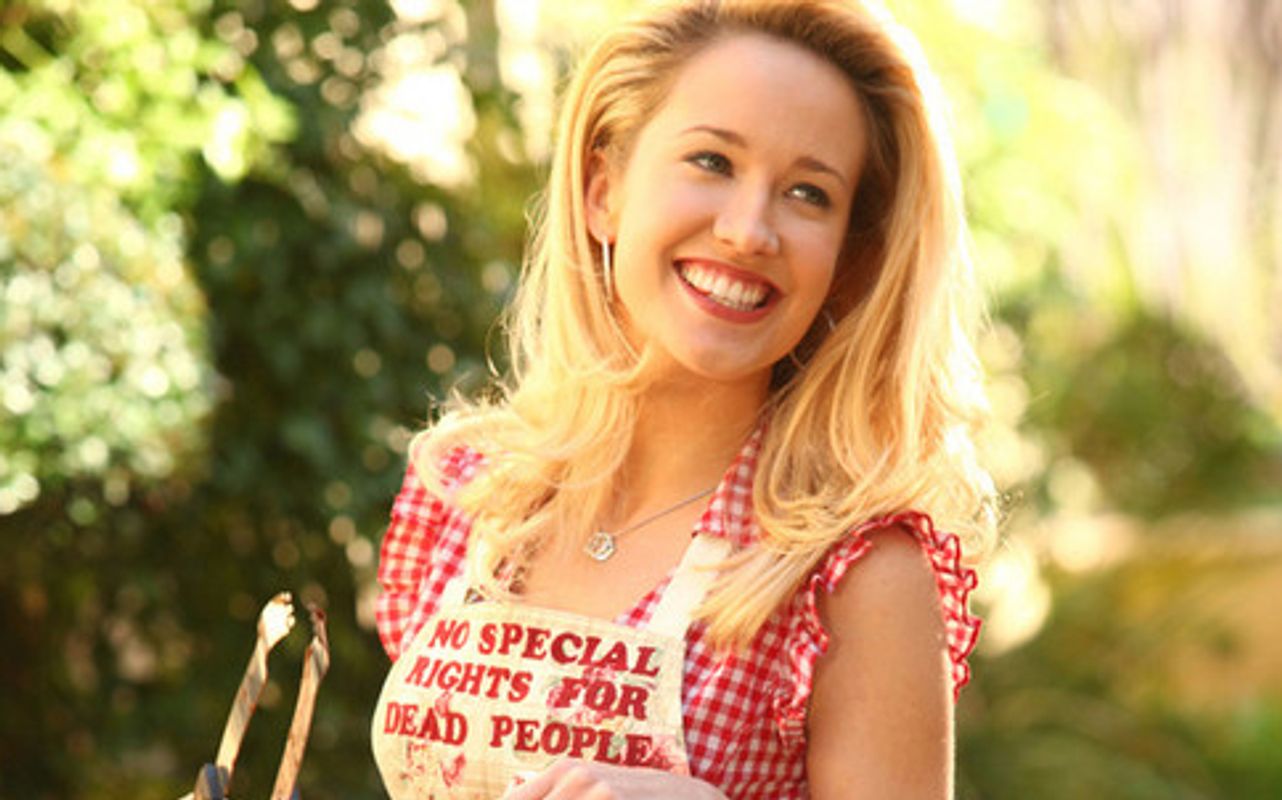 Anna Camp, who starred as a vampire-hating televangelist’s wife in HBO’s hit series “True Blood” and as a “Bella” in the Pitch Perfect franchise, has joined the cast of the upcoming supernatural horror film From Black, Deadline reports.

Camp will play the lead role of a young mother, a recovering drug addict, who is desperate for closure and saddled by crushing guilt due to the disappearance of her young son. She is presented with a bizarre offer to learn the truth about what happened and set things right – if she is willing to pay a terrifying price. How far is she willing to go for a chance at redemption?

“The idea was to take a dark police procedural and cross it into a flat-out terrifying supernatural horror story,” said Marchese.

Production for From Black has already begun in Mississippi with Thomas Marchese (Fallen) in the director’s chair. Marchese is directing from the script he penned along with Jessub Flower (Cenote). Producers include Marchese for Dark Room Films, Kelly Frazier (Murder At Yellowstone City) for K7 Entertainment, and Vincent Cardinale (The Fallout). Executive producers are Anna Camp, Humberto Carillo, Cesar Mercado, James Norrie, Bob Portal, and Inderpal Singh for AMP, which is also handling world sales.

← Prev: Season 4 Of "What We Do In The Shadows" Coming Soon Next: New "Chucky" Season 2 Poster Reveals The Series Will Return Later This Year →

James Dashner, the New York Times best-selling author of the Maze Runner series makes the cross over to the...