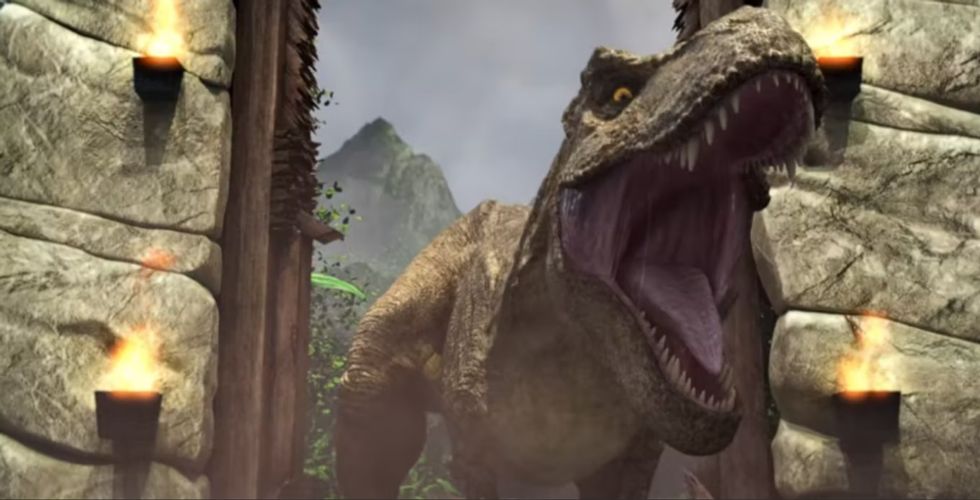 Netflix’s animated series “Jurassic World: Camp Cretaceous” has just debuted its fifth action-packed season. You may be thinking, why is she reviewing a kids’ show? The simple answer is, that it’s a great series.

The series follows a group of six teenagers chosen for a once-in-a-lifetime experience at Camp Cretaceous, a new adventure camp on the opposite side of Isla Nublar who must work together to survive after things go very wrong.

Camp Cretaceous goes beyond just entertainment, teaching viewers about the dinosaurs that the teens come in contact with, survival tips, and more. It also deals with very serious themes such fear and death.

As for the characters, they aren’t one dimensional like in most children’s series. They have depth, they are sympathetic and relatable, and are pretty realistic. They are voiced by Paul-Mikel Williams as Darius; Jenna Ortega as Brooklynn; Ryan Potter as Kenji; Raini Rodriguez as Sammy; Sean Giambrone as Ben; and Kausar Mohammed as Yaz. Returning this season are Glen Powell as Dave, Jameela Jamil as Roxie, Kirby Howell-Baptiste as Dr. Mae Turner and Haley Joel Osment as Kash Langford.

Camp Cretaceous gets right what Jurassic World: Dominion gets wrong. In the series the dinosaurs are closer to what they were in reality and it is evident that the show’s writer, Sheela Shinivas, actually did her research.

The series is packed to the brim with action as the teens are constantly on the move, always trying to find a way to get help, and encountering different types of dinos, including those who want to make a meal of the kids. Besides being entertaining, the series looks good, especially when it comes to the dinosaurs.

In season 5, This season, the arrival of Kenji’s father, Mr. Kon, renews hope of a rescue for the campers. But as the nefarious plans of Mantah Corp. come into focus and one of the Camp Fam turns on their own, the others must band together if they want to save the dinosaurs and ever make it home.

Yeah, it is aimed at a younger audience, but it’s a series that parents (or any adult) won’t mind watching too. Watch season 5 and all its previous seasons now on Netflix. You can watch the four new clips from this season here.