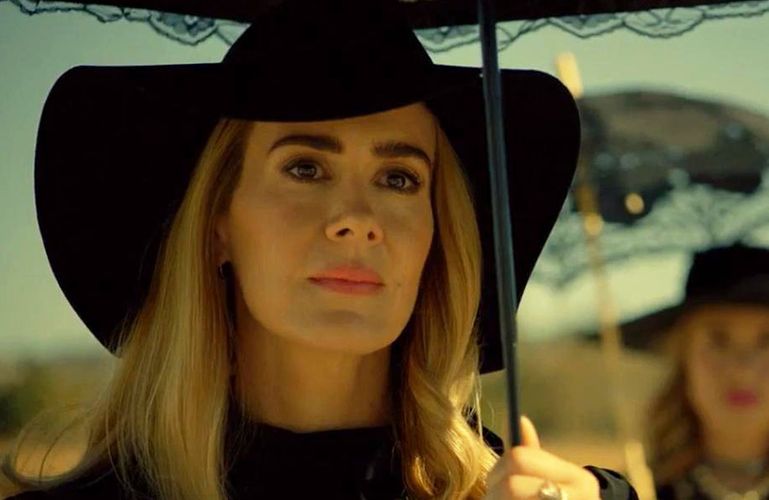 “American Horror Story” veteran Sarah Paulson, who has appeared in nearly every season and spin-off, is set to star in the upcoming horror-thriller movie Dust, from Search Light Pictures, Deadline reports.

Paulson will also executive producer the Hulu Original which, “follows a woman who is trapped by increasingly perilous dust storms and is haunted by her past encounters with a threatening presence and takes extraordinary measures to protect her family.”

Dust will be directed by Will Joines and Karrie Crouse from the script written by Crouse. Filming is set to begin the August.

“Sarah Paulson is an extraordinary artist and we are thrilled to be working with her again,” said Searchlight Presidents David Greenbaum and Matthew Greenfield.

← Prev: Bank Robbers Bite Off More Than They Can Chew In The Indie Horror 'Wine Creek' Next: Argentina Has Been Consumed By Evil In 'Legions,' Acquired by XYZ Films →