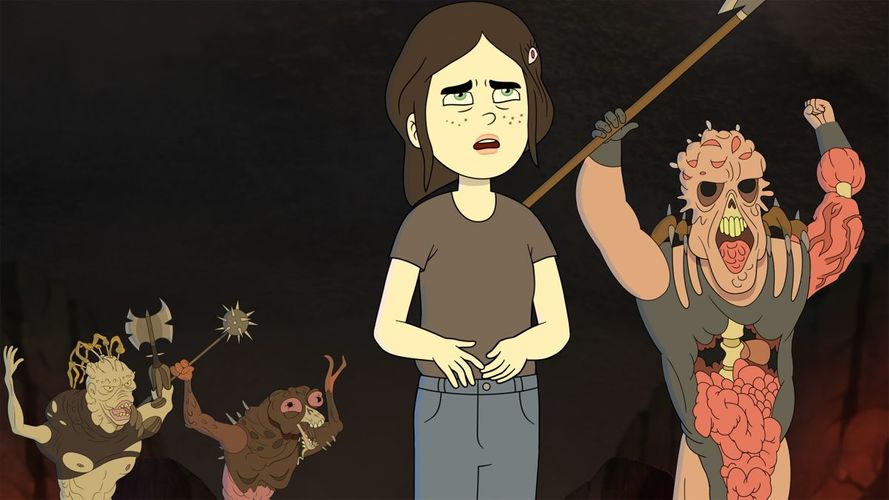 Growing up can be hell, especially when your father is Satan himself. “In “Little Demon,” 13 years after being impregnated by the Devil (Danny DeVito), a reluctant mother (Aubrey Plaza) and her Antichrist daughter (Lucy DeVito) attempt to live an ordinary life in Delaware, but are constantly thwarted by monstrous forces, including Satan, who yearns for custody of his daughter’s soul.”

The series, from Jersey Films 2nd Avenue, ShadowMachine, and FX Productions, was created by Darcy Fowler, Seth Kirschner, and Kieran Valla and executive produced by Plaza.

From the co-creator of Rick and Morty comes the new animated comedy, FX’s Little Demon. Growing up can be hella annoying, especially when your father is Satan himself. Watch the OFFICIAL TRAILER starring Aubrey Plaza, Lucy DeVito, and Danny DeVito. Premieres 8/25. Stream on Hulu. pic.twitter.com/BThtDHYZii

← Prev: Alex Essoe Joins The Cast Of The True Story Inspired Film 'The Pope's Exorcist,' Next: First Look: The Director Of 'The Descent' Is Back With The Monster Movie "The Lair" →