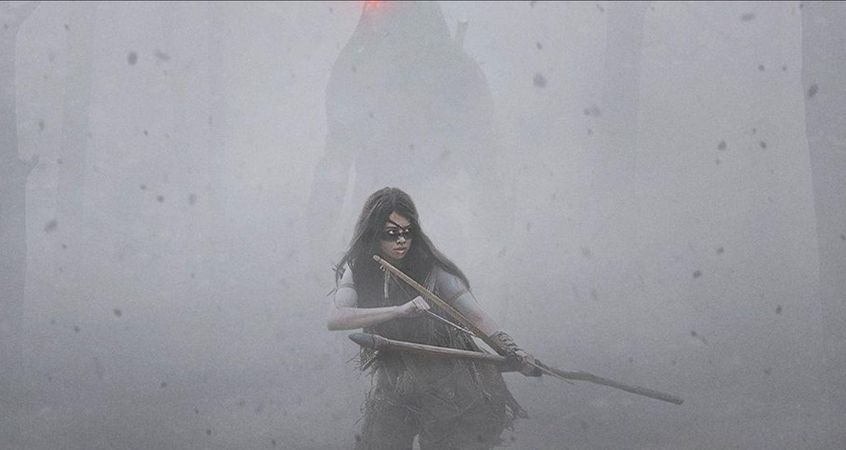 When I first heard that Hulu’s new movie Prey, a new installment of the Predator franchise, would be set in the past I had questions about how that would work and if it would even be worth watching, I mean. let’s face it, most of the recent Predator movies suck.

I got comfy, snuggled up with my dogs (Freyja and Rosie), and settled in. And I hit play on what I was expecting to be hot garbage. But that’s not what I got. Instead, I got a great movie.

The movie follows Naru, a fierce and highly skilled warrior, who has been raised in the shadow of some of the most legendary hunters who roam the Great Plains, so when danger threatens her tribe, she sets out to protect her people, stalking and ultimately fighting what turns out to be an alien predator.

First, I want to express how grateful I am that the Native American characters are actually Native American, including stars Amber Midthunder (The Ice Road, “Roswell, New Mexico”) who is the lead, Stormee Kipp (Sooyii), and Julian Black Antelope (Tribal), Michelle Thrush (The Journey Home), and Dakota Beavers. All were absolutely fantastic, however, Midthunder is the standout, giving an epic performance.

You may be wondering about the film’s version of the Predator. He’s big (really big), uglier, and extremely brutal and strong, able to lift a full-grown bear above his head and throw it like it was nothing. His weapons are a little more down-to-earth. He carries metal arrows, a staff, and a shield. He does not have a metal helmet like in other Predator movies, instead, he wears a skull.

Instead of just being an action-packed movie, Prey sends some serious messages about equality, family, and finding one’s strength. In Naru’s world women are gatherers, and caregivers, and keep the home fires burning. They don’t hunt or fight, but that’s all that Naru wants to do. She must prove herself to her family, her tribe, and to herself. And man does she. She is a clever, badass, tomahawk-throwing, ass-kicking character. Speaking of ass-kicking, this movie has a ton of action, brutality, and gore. I will warn you that there are a lot of animal deaths in the movie.

Only a few minutes in we see the first sign that the Predator isn’t the only danger lurking in the forest. White men are nearby which leads to a heartbreaking scene when Naru stumbles across a herd of buffalo laying dead and rotting, stripped of their skins. This scene represents a true event from history, when white men not only to profit from buffalo skins but also inflict hardship on Native American tribes, killing hundreds of thousands of the buffalo that Native Americans relied on for food.

I’m going to go ahead and put this out there, and I’ll probably catch shit for it, but in my opinion, Prey is the best installment of the Predator Franchise we’ve gotten in the past two decades. Watch it now on Hulu. 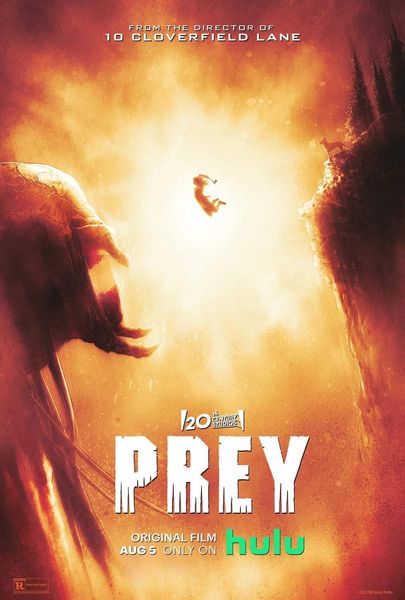 ← Prev: 'Maneater' Is Swimming Your Way This August (Trailer) Next: Filmmaker Tyler Christensen's Debut Novel 'As Dead Things Do' Is Out Now →