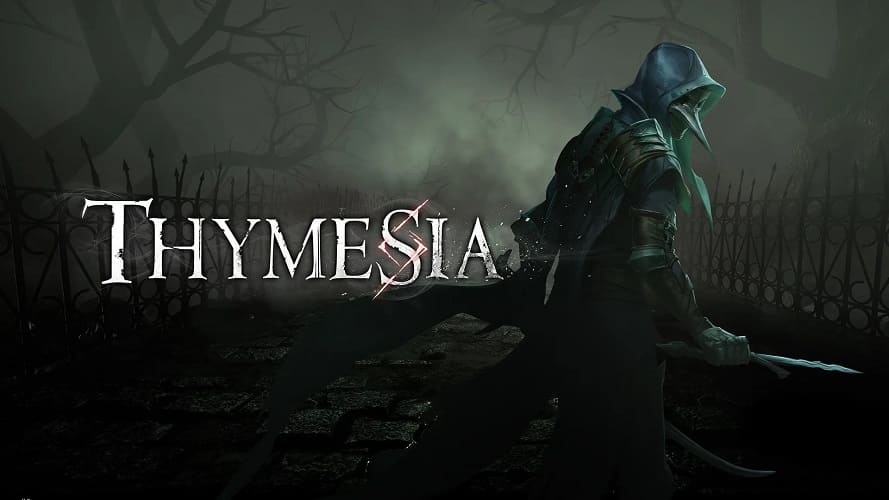 I don’t know how else to start after playing for hours repeatedly doing the same things over and over again and hoping it would be different with new tactics and upgrading my skills… Those who know that this is pretty much what it’s like to play a soulslike game! Overborder Studio and Team 17‘s new dark fantasy is set in a plague-ridden kingdom where our hero must recover memories in order to save it, this is Thymesia. I want to give OverBorder Studio and Team 17 a thank you for the reviewing opportunity!

Thymesia takes place in the kingdom of Hermes that’s being ravaged by a mysterious plague. Players take on the role of Corvus whose lost memories hold the key to saving the kingdom and himself.

Now onto the game itself! Thymesia‘s controls will take some getting used to at first and after a while, I began to get used to them. The controls respond well so whatever you do, Corvus does it.

When it comes to sound, I had to do a lot of adjusting as the game is VERY loud at the start other than that, it’s good. The soundtrack really captures the world the game takes place in. The only thing I have an issue with on this front is the lack of voice acting. I’m facing a boss who is talking, I guess, but there are subtitles… hard to read what’s being said while trying to stay alive at the same time! 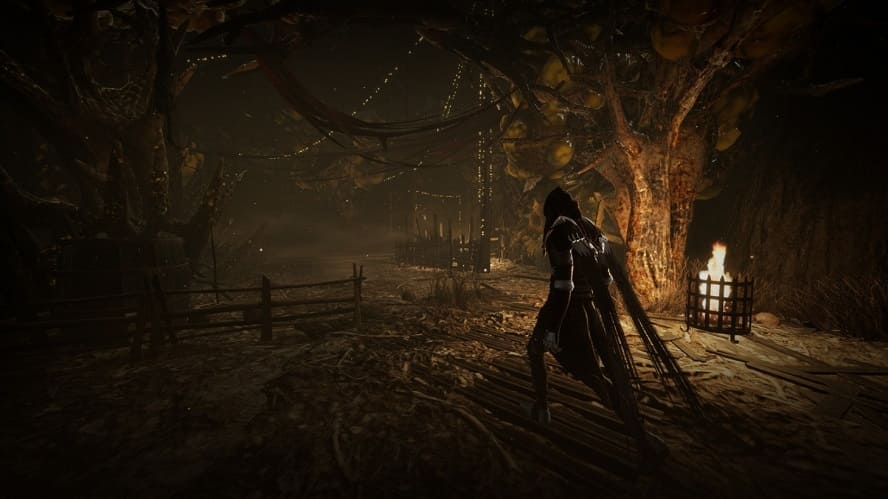 When it comes to the art of the game, it’s pretty stunning! It reminds me of an amalgamation of Bloodborne and Mortal Shell. The fever dream-looking world, at least on the first level, gives massive Fall/Halloween vibes!

When it comes to gameplay, as you would expect in a game like this, it’s a marathon, not a race! Corvus earns memory that acts like a currency that goes towards leveling up. You also earn weapon shards that can be used to level up plague weapons that Corvus can take from enemies. The issue I have is once I used all the skill shards I collected to level up a specific plague weapon I use, I can still get those shards but obviously, you can’t use them anymore, I wish you could have them and have the option of destroying them to earn little memory, just a thought.

The combat is fun and rewarding when you defeat a mini-boss, but it will take time like any other souls game as you’ll have to do a lot of farming to level up Corvus so he can defeat stronger enemies on levels, right now I’m stuck with an end-level boss that kills me almost instantly, so now I’m replaying the level over and over respawning enemies to kill and earn memory. But once you do finish a level, you can always go back and either play the level over again or complete side quests that once you complete you’ll unlock a fight with another big boss!

Overall, Thymesia though fun, can be quite frustrating but at the same time, it’s fun. Anyone who enjoys a good challenge from a game that will give them hours of gameplay, this is it, especially if you’re a fan of soulsgames! On my scale of 1-10, Thymesia is a 9.5 for great atmosphere, responsive controls, story, and replayability!

← Prev: Found Footage Film 'Holes In The Sky: The Sean Miller Story' Lands Release Date Next: There's 'Something In The Woods' And It Is Hungry In The New Trailer →