Banned Titles And Mutant Beasts: We’ve Got Your September Guide To Arrow 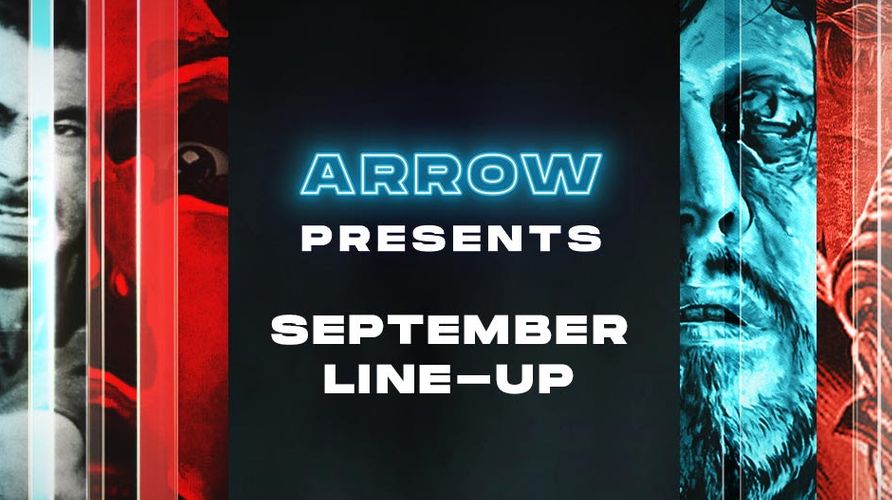 ARROW Offers Classic and Cutting Edge Cult Cinema this September with a lineup that includes Shocking Dark,
The House on Straw Hill, A Selection of German Cinema, Laserblast, and Much More.

September 2nd starts the month with a Season of films featuring foul abominations. MUTANTS! (UK/US/CA/IRE) is a curated collection of films featuring the abnormal and deformed – terrifying freaks of nature that only live to kill or maim mankind. Featuring a menacing menagerie of deformed deviations that will cause you to point and scream “MUTANTS!” whenever one should lurch onto your screen, prepare yourselves for frightening and freakish films featuring the likes of a biological entity rallying an angry, oozing army; a hideous humongous head atop a tiny body manipulating its family of fellow weirdos; Scream Queen Linnea Quigley locked inside a research facility with giant rats, mutants and a monster baby in the far-flung future of 1990, and far, far worse…

Also available September 2nd: Shocking Dark (US/CA), a bravura rip-off of both Aliens and Terminator, a team of badass marines, a tough female civilian and an orphaned girl battle monsters beneath the Venice canals while being chased by an indestructible killer cyborg.

Absurd (US/CA): A priest-doctor chasing a man with supernatural regenerative abilities, who has recently escaped from a medical lab, reaches a small town where the mutant goes on a killing spree.

September 9th brings North American audiences a pair of bloodthirsty nightmares. Even by the sleaziest standards of ‘80s EuroTrash, Cannibal Terror (US/CA) remains a film that must be seen to be believed: When a pair of criminal knuckleheads and their busty moll kidnap the young daughter of a wealthy tycoon, they foolishly choose to hide in a local jungle infested with ferocious cannibals. What follows is a mind-roasting exercise in atrocious acting, gratuitous nudity and gut-munching mayhem by a ravenous tribe of flesh eaters who inexplicably sport comb-overs and Elvis sideburns.

Devil Hunter (US/CA): The lovely Laura, on a modeling job in South Africa, is kidnapped by a gang who carry her off into the jungle from where they demand a huge ransom. Two men set off in a helicopter to rescue her, little knowing what horrors Laura is enduring in the meantime in the savage clutches of a primitive and bloodthirsty world. Laura’s rescuers not only have to face the cruel violence of her captors – but also the horrifying lust for blood of a primitive and cruel god.

On September 16th, ARROW’s curation team crosses the Channel and heads to Germany to put together a Season of Teutonic cult classics. Deutsche Horrorfilme (UK/US/CA/IRE) is here to help you celebrate Oktoberfest this September. So, don your dirndl, lace up your lederhosen and delve into a selection of German geschichten direct from Deutschland that will chill and thrill you just as much as an ice-cold stein of alpine pils. Prost!

Titles include: Sleep, The Cabinet of Dr Caligari, The Golem, Hagazussa.

On September 26th, head up to The House On Straw Hill (US/CA). Banned in Britain for 30 years, The House on Straw Hill is a shockingly violent and erotic tale of seduction, brutality and revenge. Cult movie icon Udo Kier (Mark of the Devil, The Theatre Bizarre) stars as a successful novelist suffering from writer’s block, who rents a country cottage in the hope of finding inspiration. But the arrival of a sensual secretary, played by Linda Hayden (Blood on Satan’s Claw, Taste the Blood of Dracula) sets in motion of chain of events that culminate in an unrestrained explosion of sex and savagery.

Also available September 26th, A Fugitive From the Past (UK/US/CA/IRE). Considered the magnum opus of the five decades-long career of Tomu Uchida, this adaptation of Tsutomu Minakami’s 1700-page novel is a landmark in master director Uchida’s oeuvre. Its gritty monochrome photography has the immediacy of newsreel as Uchida uses the landscapes of postwar Japan to explore the massive social upheaval and unspoken legacies of the war, and create an unsettling karmic allegory of a man’s struggle to escape his past sins.

September 30th caps off the month with the true ending for all mankind: Judgement Day (UK/US/CA/IRE). Welcome, sinner. Pull up a pew and prepare yourself for a curated Season of cult films that all have one thing in common: judgement is coming.

The church of ARROW is now in session and our Good Book is a digital catalogue of thrills and horrors with a religious bent that will have subscribers praising all the crazy cult filmmakers who have blessed us with a bounty of bizarre and brilliant takes on faith on film that will leave audiences praying for more.

Titles include: The Righteous, Children of the Corn, The Day of the Beast, Dream No Evil, Hell On Earth: The Desecration and Resurrection of Ken Russell’s The Devils.

Also available on the path to Hell September 30th: A Day of Judgement (US/CA).
In a 1930s small town rife with lust, corruption and sin, a mysterious figure wielding a scythe arrives to cut an unholy swath of murder, madness, and moralizing that may lead to Armageddon.

Last but certainly not least: Laserblast (UK/US/CA/IRE), streaming September 30.
Billy, an ostracized teenager, finds a laser gun in the California desert and with each use, he begins to mutate into a grotesque being. Becoming more malevolent with each blast, he sets his weapon on terrorizing the locals in his small desert town. Now it’s a race against time to save Billy’s life before he becomes completely possessed by the weapon. But the aliens that accidentally left the Laser Gun behind are on their way to claim the powerful weapon…and Billy’s life along with it!

Head over to ARROW and start watching now. Subscriptions are available for $6.99 monthly or $49.99 yearly. ARROW is available in the US, Canada, the UK and Ireland on the following Apps/devices: Roku (all Roku sticks, boxes, devices, etc), Apple TV & iOS devices, Samsung TVs, Android TV and mobile devices, Fire TV (all Amazon Fire TV Sticks, boxes, etc), and on all web browsers at https://www.arrow-player.com.

ARROW Essentials curates collections based on genre, decades and themes; and ARROW Stories takes a fresh look at the world of film and TV with exclusive documentaries, interviews and video essays diving deeper into the many curated seasons and titles on the platform for a richer and deeper viewing experience. With a slickly designed and user-friendly interface, and an unparalleled roster of quality content from westerns to Gallo to Asian cinema, trailers, Midnight Movies, filmmaker picks and much, much more, ARROW is the place to go for the very best in on-demand entertainment. 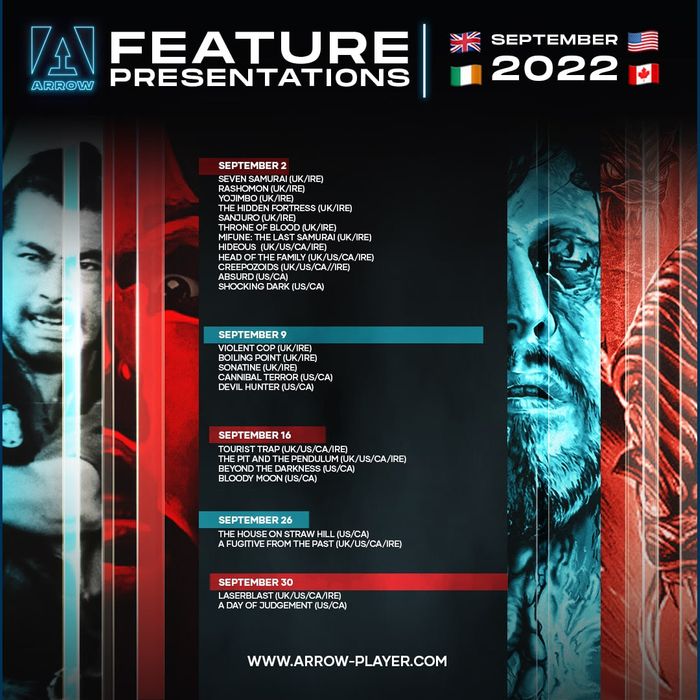