3 Keys Media has unveiled their next Horror film, now crowdfunding on IndieGoGo! Isleen Pines follows a group of friends celebrating their traditional Halloween festivities in their hometown. From a strange neighbor, the biggest costume party of the year, and mysterious sinister creatures…something is different this year.”

This New Halloween Sci-Fi Horror Hybrid is bringing creatures and body horror together in a film like you’ve never seen. With inspirations going back from the 70s to now, there is something for everyone in Isleen Pines.

Brand new and exclusive perks for horror fans to claim have just been added, giving you the chance to be IN the movie, or have a hand in bringing the terror to the screen for Halloween! Visit the IndieGoGo page now for more details and to snag a perk while they last. 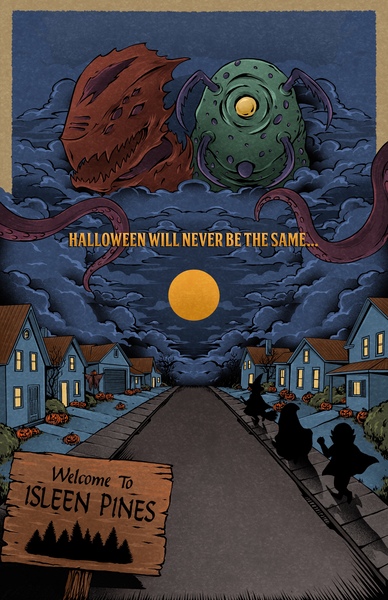 ← Prev: HalloweenCostumes.Com Teams Up With Immortal Masks This Halloween Next: "Solar Opposites" Scares Up A Halloween Special! →