Kickstarter: New Blood-Drenched Trailer Is Here For ‘How To Kill Monsters’ 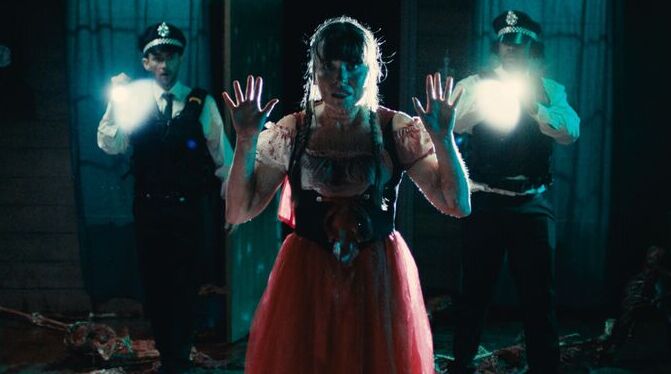 The sole survivor of a blood-drenched massacre must team up with a rag-tag bunch of rookie cops and lawbreakers to defend a police station from an invasion of Lovecraftian monsters in How to Kill Monsters.

Dark Rift Horror has now released the Kickstarter Trailer and poster for How to Kill Monsters, an entirely practical FX-driven horror comedy from the people that brought you Book of Monsters and The Creature Below.

Inspired by genre classics like Evil Dead 2, Gremlins, and Hellraiser, How to Kill Monsters is made for fans of 80s horror. With a dash of British humor in the vein of Hot Fuzz and the self-aware twists and turns of Scream, the film will deliver horror fans a blood-soaked popcorn horror movie that will have you on the edge of your seat from start to finish.

In the film, Jamie Lancaster (Lyndsey Craine) is the sole survivor of a blood-drenched massacre at a remote cabin in the woods. Claiming that her friends were torn apart and eaten by a horrific monster, she is arrested by the local cops and locked up for a crime she didn’t commit.

“We soon discover that Jamie’s claims of innocence were all too real when the entire police station is ripped from our reality and thrown into a nightmarish dimension of Lovecraftian monsters hungry for human flesh. To survive the night, Jamie must team up with a bunch of rookie cops and lawbreakers to hack and slash their way through an army of monsters and find a way to get back home before it is too late.”

The film is now seeking funding through Kickstarter and the trailer promises a menagerie of monsters realized entirely with practical effects, alongside buckets of fake blood and guts thrown in for good measure. In the spirit of the era that inspired the movie, How to Kill Monsters also has its very own tie-in, a retro video game where players can battle their way through an army of monsters in an exciting roguelike, action adventure from developers Closed Forum.

Head over to Kickstarter and back the campaign to snag yourself a Kickstarter exclusive reward including hand-numbered limited edition Blu-rays, signed posters, T-shirts, and more! Backers who pledge £20 or more will even get their name in the end credits of the movie, video game, and on IMDB. 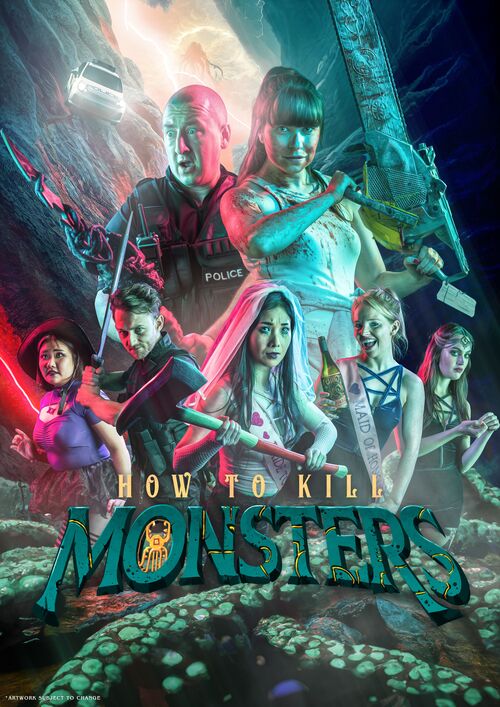 ← Prev: First Look: From The Filmmaker Behind Session 9 & The Machinist Comes 'Blood' Next: New "Interview With a Vampires" Trailer Recounts A Tale Of Love And Blood →