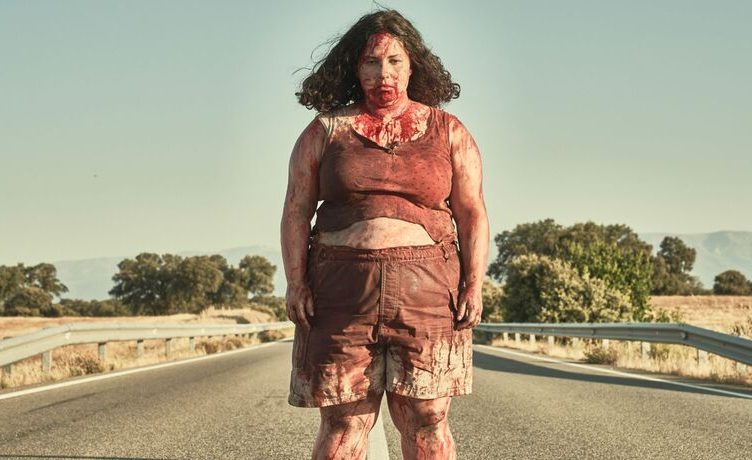 A new Spanish horror-thriller, titled Piggy, is heading your way from Magnet Releasing. The trailer gives us our first real look at the film, which is brutal AF.

“With the summer sun beating down on her rural Spanish town, Sara hides away in her parent’s butcher shop. A teenager whose excess weight makes her the target of constant bullying, she flees a clique of capricious girls who torment her at the town pool, only to stumble upon them being brutally kidnapped by a stranger, who drives off with them in his van. When the police begin asking questions, Sara keeps quiet. Intrigued by the stranger — a mutual interest — she’s torn between revealing the truth and protecting the man who saved her.”