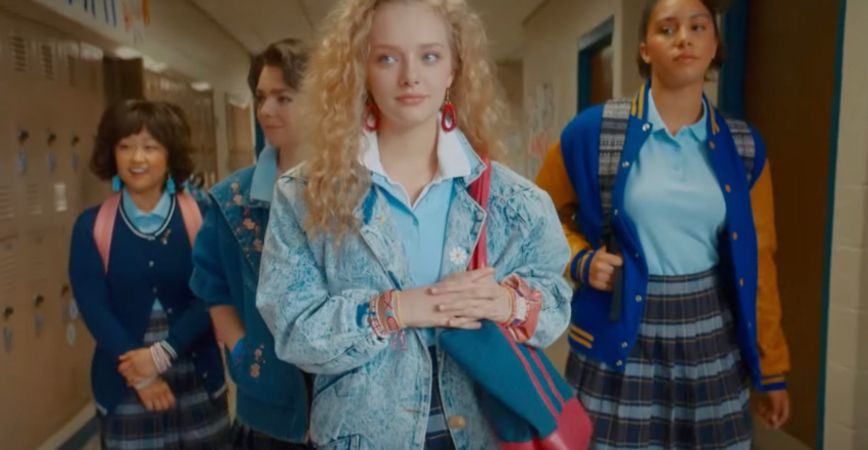 As if being a teenage girl isn’t bad enough, the loyalty of a group of friends is put to the test when one of them, Gretchen (Amiah Miller) is possessed. It’s up to her best friend Abby (Elsie Fisher) to save her in My Best Friend’s Possession, based on the novel by Best-Selling author Grady Hendrix.

When we are first introduced to the movie’s characters, it’s driven home that the girls are inseparable. And after a night of playing with an Ouija Board (always a bad idea) and visiting the sight of a legendary murder, Abby begins to notice that her BFF is acting strange, leading to a battle for Gretchen’s soul.

The cast did a fine job in their roles with Elsie Fisher and Amiah Miller standing out. Each character in their friends’ group obviously fits your basic stereotypes, the pretty one, the shy one, the quiet one struggling with the fact she’s a lesbian in love with her friend, and of course the jock dating a complete douche.

I feel like director Damon Thoman played it safe, a little too safe. The movie rides the line of being a horror-comedy, but the humor just isn’t there. The movie could be compared to Mean Girls meets The Exorcist, only there aren’t any real scares. But there are a ton of gross scenes involving projectile vomiting and giant worms. Don’t get me wrong, I’m not saying it’s a bad movie, but I will say it comes across as a movie with preteens/teens in mind, not adults. And that’s okay.

Overall, the story was entertaining and the cast impressive. You can watch My Best Friends Exorcism now on Prime Video.