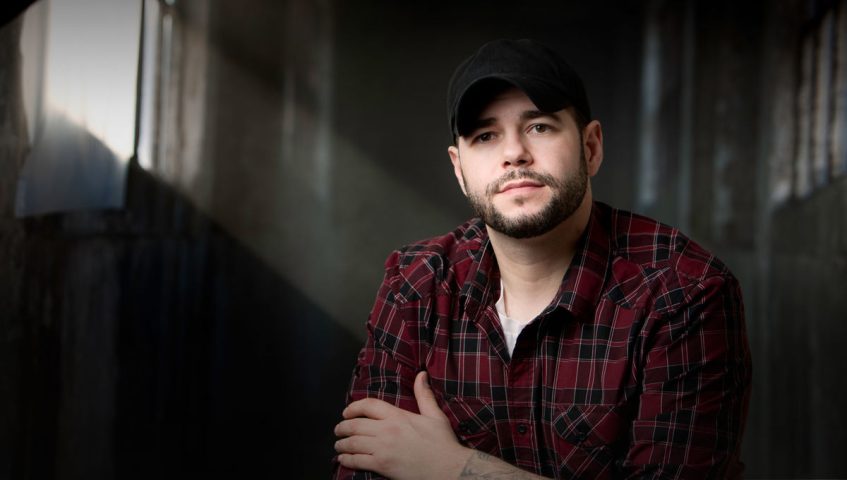 Ahead of the new season of “Ghost Hunters,” which premieres on October 31st, we sat down with team member Steve Gonsalves to talk about the new season and things that go bump in the night.

Gonsalves has long been a member of the T.A.P.S. and the Ghost Hunters teams and has been featured on multiple seasons of “Ghost Nations.” He also served as producer for the two-installment documentary The House Inbetween. I recommend that you check all of them out.

Kelli: ” Ghost Hunters’ new season is set to premiere this October. What can people expect this season?

Kelli: “Y’all use a lot of equipment during investigations, but what’s your personal favorite?

Steve: “The EMS meter. I can see a fluctuation in a house room. It shows which areas have the most potential for activity. Like, okay, so I know something, some sort of energy happened there or will be happening again. What I like about that, is you’re seeing a full spectrum that would like. But the best tool is a video camera because you can capture the evidence you can miss when investigating.

Kelli: “In the premiere, a really cool machine is used. I don’t know what it’s called, but it has a green light on one side and red on the other and you can use it to ask yes or no questions. I’ve never seen it before. What is that?”

Kelli: “Oh, okay. What is, the most convincing evidence you’ve ever seen? Period.”

Steve: “Um, ever? We’ve caught a lot of thermal evidence that it’s like intriguing. We were at a place called Creston City, Arkansas and it was at a hotel there and the name of it is, it’s escaping maintenance, but it’s uh, Cresent City, Arkansas. But in any case, we got some thermal footage there that really looks like somebody in there and their sort of nodding their head and it stays there, but we move by then when we go back, he’s no longer there. So you see it’s the shape of another human there, it is quite startling, you know, and that piece of evidence is always pretty, pretty compelling in my eyes. I was there and I know it wasn’t me. It wasn’t Jay it wasn’t Tango. They were right in front of us.”

Kelli: “I imagine that is unnerving. I’d be like, nope it’s time to go.”

Steve: “Yeah. Cause you, you look in the camera, it’s there. Then you look up, it’s not. Oh, dude, like you won’t know what’s scary. It’s sort of like you’re in a car accident, but you know,  you look back and you weren’t scared in that moment. After, it’s quite harrowing.”

Kelli: “I can’t imagine. What about this season? What’s your favorite moment from the new season?”

Steve: “We’ve caught a lot of activity.  We actually aren’t finished, so we have yet done discovering. But you know, it has to be when we captured some things on the electronic device. And so this was a true detail cause through leading us to a certain area, that was really awesome. But uh, they, um, yeah, it alerted us.”

Kelli: “I’d be freaking out. I’ve had experiences, but that’s a long story. Is there a time to you have been truly terrified during an investigation?”

Steve: “No, it doesn’t scare me. Even if I get scared it all translates to excitement.  I’ve emotionally cried, I get nervous, but in terms of seeing something,  I may jump back and get startled, but it all excites me. There was a time recently when a door got yanked out of my hand. That was really awesome.”

Kelli: “Which is your favorite location this season?”

Steve: I would have to say the Lighthouse. We really experienced a lot of stuff that night.”

Kelli: “What advice would you give people who are experiencing paranormal events in their homes?”

Steve: “My advice would be, it was probably their house long before it was yours, and you’re talking about in terms of the history of time,70, 90 years here means absolutely zero in the scheme of time. You know, let them have their space. There are ways that that sort of stops the activity from happening. Try to see if there’s a time where it happens most, especially if the housing is something that you moved into. A lot of times you find that it’s a spirit attached to an item and you can remove the item, then you have to think that it is a human, just trapped. You wouldn’t want to store them in some facility somewhere. But in terms of getting things out of your house, it’s likely that’s not going to happen.

But we do find one thing that does seem valuable. If it does have some intelligence, talk to it and say, “Hey, this is my house, you’re not going to scare me and my family into leaving. You may not realize that, but you need to move on.”  And we find that when people do that and reaffirm that, that over the course of a few weeks, the activity does kind of stop and slow down for whatever reason. I’m not really sure, but it does seem that that does work. Empowering them to take their house back could help. But in terms of getting it to leave, I’ve never seen it happen.”

Steve: “It depends on how you look at it.  And then again, you know, you wanna live in your house, you want to do this or that, but you have the option to move. . Sadly, I have no advice for anybody who wants it out other than if it’s attached to an item or an object, a few days later demand it and you keep doing that and you can even, you know, get aggressive.”

Kelli: “Well, that’s good to know and I can’t wait to see the rest of the season!”

On this season of “Ghost Hunters,” the renowned TAPS team returns to the paranormal show that started it all. Original “Ghost Hunters” members Jason Hawes, Steve Gonsalves, and Dave Tango, along with Shari DeBenedetti, revisit their most chilling cases and investigate disturbing new hauntings. Armed with state-of-the-art technology, their proven methodology, and special guest investigators, TAPS tackles disturbing paranormal activity head-on, leaving no stone unturned to reach the dead among the living.

Don’t miss the premiere of “Ghost Hunters” on discovery+ on October 31! 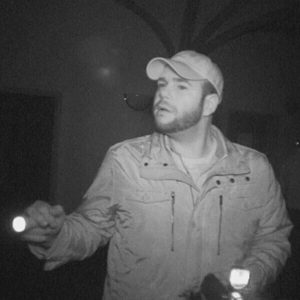 ← Prev: "Dead Bride" Rises From The Grave This October (Trailer) Next: Movie Review: Mean Girls Meets The Exorcist In 'My Best Friend's Exorcism' →