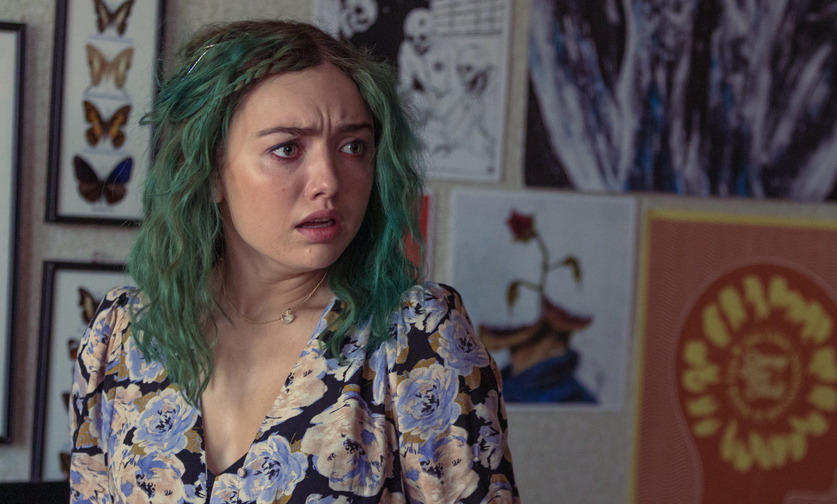 RLJE Films has set a Fall release date for the horror-thriller, The Friendship Game which follows a group of teens as they come across a strange object that tests their loyalties to each other and has increasingly destructive consequences the deeper into the game they go.

Directed by Scooter Corkle (Hollow in the Land) and written by Damien Ober (“The OA”), the film stars Peyton List (“Cobra-Kai”, “Bunk’d”), Brendan Meyer (Color Out of Space), Kelcey Mawema (“To All the Boys…” franchise), Kaitlyn Santa Juana (“The Flash”) and Dylan Schombing (Warcraft).

“We’re very energized to be partnered with RLJE Films on the release of THE FRIENDSHIP GAME – this is the kind of film they always rock with,” said Producer Daniel Bekerman. “Scooter is a filmmaker to watch and combined with Damien’s mind bending and terrifying script, they took this movie past our wildest expectations. Peyton delivers on a raw and gritty performance in a role unlike anything we have seen from her before. Can’t wait to get the film in front of audiences!”

The Friendship Game is a Scythia Films production in association with Social Construct, produced by Bekerman (The Witch, Falling) and executive producer Zak Kilberg (The Mauritanian). Ward and Betsy Rodgers from RLJE Films negotiated the deal with Executive Producer Tannaz Anisi of 13 Films on behalf of the filmmakers.

The Friendship Game opens in theaters, and arrives On Demand, and on Digital on November 11, 2022, from RLJE Films.