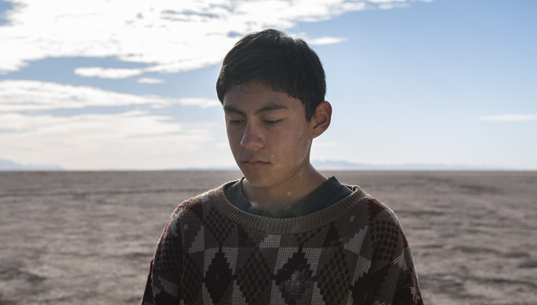 MUBI is proud to announce the U.S. theatrical and streaming release of The Box (La Caja) the gut-punching psychological thriller and latest feature film from acclaimed Venezuelan writer-director Lorenzo Vigas, which had its world premiere in the official competition at the Venice Film Festival and is Venezuela’s official Oscar® submission for Best International Feature Film.

Set in the harsh landscape of northern Mexico, The Box is Vigas’ third and last installment of his fiction trilogy on the theme of the father figure after the 2004 short film Elephants Never Forget, which premiered at Cannes Critics’ Week, and his 2015 debut feature From Afar, winner of the Golden Lion Award at the Venice Film Festival, marking a first for a Latin American film.

“The Box tells the story of Hatzín (played wonderfully by the non-professional newcomer Hatzín Navarrete), a young teenager from Mexico City who travels to northern Mexico to collect the remains of his father, which have been found in a communal grave amidst huge skies and an empty landscape. On the way home, Hatzín spots a man and is instantly convinced he is his father. Adamantly he forces his way into the man’s life and becomes involved in what he believes is the family business—the exploitative recruitment of factory workers.

Hatzín soon finds himself in a high-stakes, blood-laced coming-of-age story. While his identity crisis is common to most adolescents, this one is told in the context of a country where so many missing persons are found in communal graves, converting it into a collective identity crisis.”

Shot by acclaimed Chilean cinematographer Sergio Armstrong—who’s best known for his work on Pablo Larraín films including Ema and The Club—The Box offers a slow-burn complex psychological thriller around paternity while taking a critical look at Mexico’s maquiladora system.

← Prev: Paramount & Blumhouse's Supernatural Horror 'The Visitor' Is Out Today! Next: Witness The Twisted True Crime Series 'A Friend of the Family' Now On Peacock →