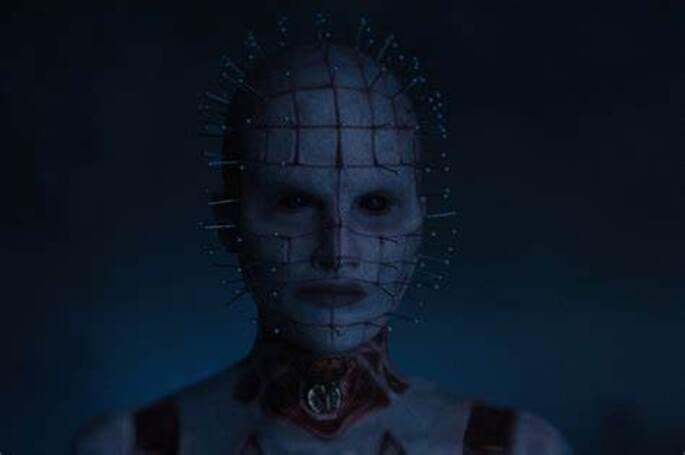 The horror genre is abuzz about Hulu’s new Hellraiser, directed by David Bruckner, so, does it live up to the hype?

In the beginning, we meet Riley, a young woman who is struggling with addiction while living with her intensely judgemental brother, his partner, and another roommate. After stealing a puzzle box with her boyfriend all hell breaks loose and the cenobites are unleashed, but she’s got a plan.

First thing’s first, the movie has a character problem. While the character of Riley is fleshed out, the other’s aren’t. They are cardboard cut out characters and they are simply there to suffer.

One of the biggest sources of debate among fans is the new female Pinhead. I have to say, I was rather impressed by Jamie Clayton’s portrayal of “The Preist.” She features a similar look and her voice, only slightly feminine, was a great choice.

As for the story, it held classical elements of the franchise, cenobites, chains, suffering, and of course sadist and masochistic elements. It was interesting. This movie is all about pain, and there’s little pleasure. There really are few moments of anything positive in this movie, but of course, this is a  Hellraiser movie, so pain and suffering is to be expected.

Here’s a shout out to the special effects and makeup teams. The special effects are killer, and so are the costumes and makeup. I truly appreciate that the time was taken to create the small details of each cenobite. I mean wow, they are creepy as fuck, including the new one known as “The Masque” (Vukasin Jovanovic), whose face is stretched around a metal hoop and whose body is horribly disfigured.

My biggest issue is the movie’s ending. I found it quite frustrating. Riley’s choice makes little sense. She changed her mind in the final moment, basically making all of the characters’ suffering for nothing. But the ending also left the possibility open for new sequels.

Honestly, I had my doubts when the project was first announced. Let’s be honest, there’s not a great track record when it comes to the franchise’s sequels/prequels. But I can now say even with it’s faults, Hellraisser (2022), is still easily one of the best of the franchise, but that’s not saying much. If you haven’t seen it yet, I recommend that you do so.  It’s streaming now on Hulu.

← Prev: Uncle Fester Makes His First Appearance In New "Wednesday" Trailer Next: Movie Review: 'Fall' Keeps You On The Edge Of Your Seat →