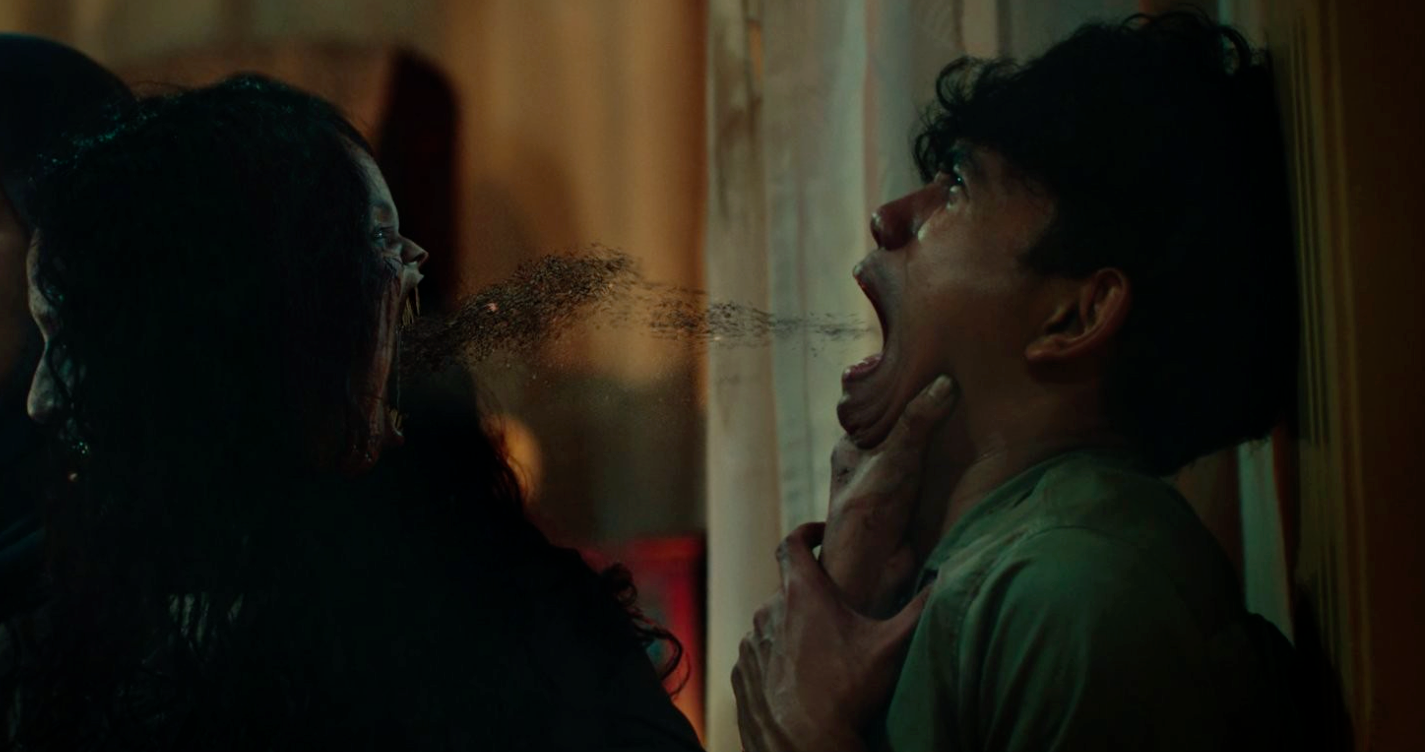 Shudder has just announced it has acquired the Malaysian horror Blood Flower (Harum Malam) from director Dain Said (Interchange, Bunohan, Dukun). The film, an official selection of Fantastic Fest and the Sitges Film Festival, will be available exclusively on Shudder in 2023.

“Blood Flower (Harum Malam) tells the story of Iqbal, a 16-year-old apprentice faith healer, and exorcist, tormented by visions of the dead and spirits from other dimensions. When a malicious spirit begins to wreak havoc around him, Iqbal is forced to harness his supernatural gifts to save his family and friends.”

Written by Said, Nandita Solomon and Ben Omar, Blood Flower (Harum Malam) stars Idan Aedan, Bront Palarae, and Remy Ishak and is produced by Apparat in collaboration with Skop Productions and D’Ayu Pictures. The film was also produced with support from the Malaysian National Film Development Board (Finas). Reel Suspects is handling sales for the rest of the world.

Director Dain Said, “My ghost in Blood Flower (Harum Malam) needs a place to haunt, and in Shudder it has found a home to spill blood and do its evil deeds.”

The deal was negotiated by XYZ Film’s Pip Ngo on behalf of the filmmakers, and Emily Gotto, VP of Global Acquisitions & Co-Productions on behalf of Shudder.