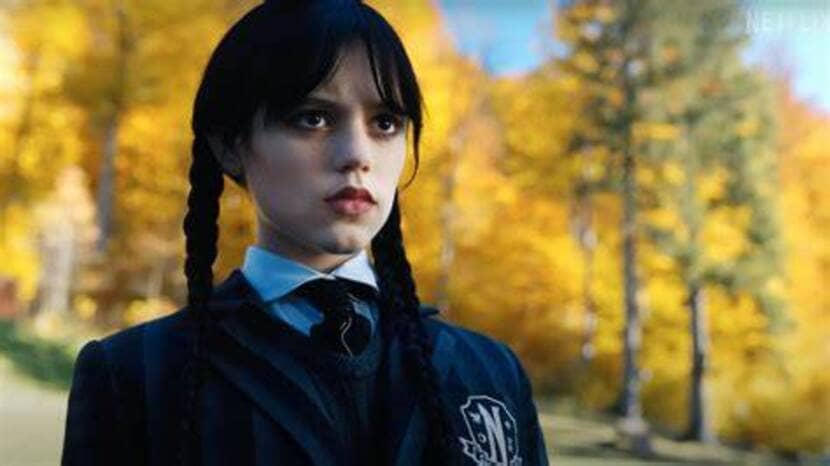 Like many Addams Family fans, I was thrilled to hear that Tim Burton and Netflix were teaming up for the series “Wednesday,” which premiered earlier this month on the streaming giant. I binged the series, and I have some thoughts.

In the series, we see Wednesday shipped off to a school for outcasts and monsters, Nevermore Academy. While she hates it at first, she is soon swept up in a mystery surrounding killed students and townspeople after she begins to have visions. Along the way, she makes friends and enemies.

First off, let me say that Jenna Ortega was a brilliant casting decision. She makes a fantastic Wednesday and captures the character’s darkness perfectly. However, the rest of the Addams family wasn’t quite so lucky. Catherine Zeta-Jones plays the role of Morticia but lacks the iconic sexiness and elegance of the character. When it comes to Gomez, played by Luis Guzmán, the character is missing the suaveness we’ve come to expect. And Pugsley (Isaac Ordonez) is turned into a sniveling wuss, which he’s never been in the past. The good news is that the new characters are well-cast.

The world of Nevermore has Tim Burton written all over it. It’s a dark and mysterious place filled with secrets but beautiful. The school’s architecture pays homage to the Addams Family home we’ve seen in the past.

The series features some brutal and bloody scenes in which a huge monster with bulging eyes hunts down its victims. I was a bit disappointed with the look of the killer monster. It has a very CGI, fake appearance. But it was a cool idea.

Can we please talk about that dance scene for a second? It’s amazing. In fact, its’ already gone viral on Tik Tok with people copying it. Reportedly, Ortega choreographed it herself, taking inspiration from old Addams Family reruns as well as the goth scene in the 80s.

“Wednesday” is a series filled with action and mystery, and it has a great story. The finale definitely left it wide open for a second season, and I sincerely hope Netflix will renew it. I wouldn’t be surprised if the series were to get a spin-off based on the students of Nevermore Academy, and I’d totally watch it. We’ll keep you posted.

← Prev: A Film Crew Is Hunted In The New 'Wolf Manor' Trailer Next: Killer Christmas Gift Ideas From The WB Shop →