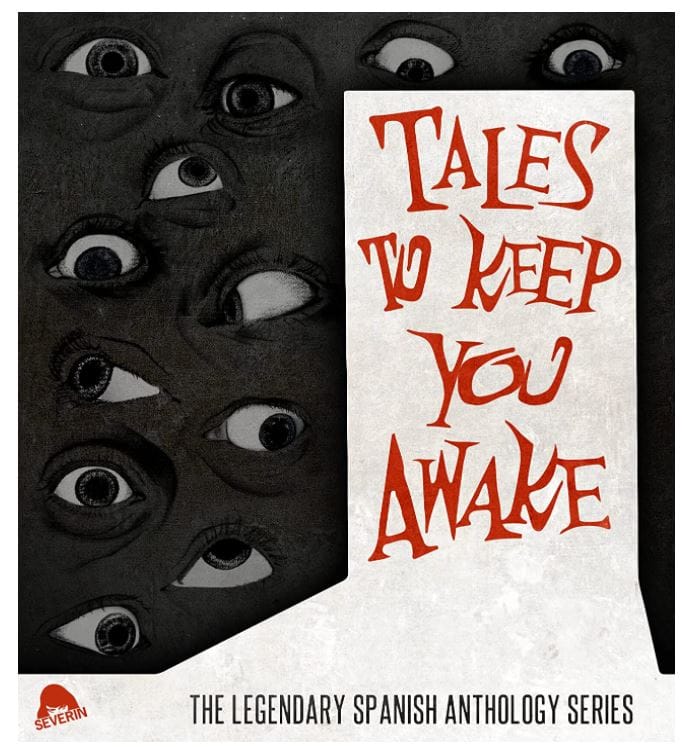 Spanish filmmaker Narciso Ibáñez Serrador is a true punk rock filmmaker (yeah this is a weird way to start a review, but bear with me cats n’ creeps).

Having dug on American horror and anthology series such as The Outer Limits, Thriller, and the like, the ambitious filmmaker just said “Fuck it, I can do this shit too.”… except he said it in Spanish (if at all)… and he did just that with his series Tales To Keep You Awake (albeit with way more vicious violence and sweet, sweet grizzly gore than all of those show’s combined)!

Comprised of a series that ran from 1966 – 1968, a stand alone 1974 special, and a small revival series from 1982, Tales is chock full of adaptations of work from masters such as Edgar Allan Poe, Ray Bradbury, and Robert Bloch… not to mention a direct swipe or two from the aforementioned TV shows.

Filmed in atmospheric black and white, these rippin’ yarns feature everything from vampires, to killer fungus to E.C. comics-style horror parables, all written, directed, and hosted by Serrador. These episodes are all pretty damn solid, and many are absolutely fantastic… but man am I ever glad Serrador was willing to just go batshit crazy at times… like you get The Monkey’s Paw and The Cask of Amantillado, but you can also witness a tale of a man stuck to the sidewalk (with suitably cartoony visuals) in El asfalto (The Asphalt). It’s a wicked whirlwind of terror tales each different (often radically so) than the last!

After the series had run it’s course, Serrador returned to the concept with a 1974 television special that presented another tale of cosmic comeuppance, namely the tale of a family man that ends up fucking up not only his marriage, but reality itself due to his lust to own a color television set.

A true treatise on media’s place in our lives and the disastrous effects of too much of a good thing, this episode marked the first time Tales To Keep You Awake would be presented in color, which would continue with the 1982 four episode series revival Serrador had loaded in the chamber next!

Made up of tales of graverobbing, campus-set evil, and yet another Poe adaptation (The Case of Mr. Valdemar gets the treatment this time), this 1982 go has my single favorite episode of the entire arcane affair; a little gem called Freddy!

Freddy concerns a spat of murder biz befalling a French theatrical troupe… murder biz that looks for all the world like it’s being committed by the resident ventriloquist’s dummy! Creepy, stylish, and atmospheric, this is a great entry in the time-worn evil dummy sub-genre!

You tech-heads may want to take note that since this is a show recorded on videotape and is rather old at this point, image quality isn’t going to be 4K shiny, but the quality of the over-all series doesn’t need a polish to shine!

Adding to the presentation on this two-disc Blu-ray release from Severin are a few choice special features, chief among them a nearly 30 minute long overview of Serrador’s career, followed by a selection of six archival introductions to a handful of episodes, and a vintage press conference from 1974 to promote the special.

If you like any or all of any of the programs mentioned up yonder, Tales To Keep You Awake will be your cup of terror tea and then some, and Severin has done a hero’s job of compiling these beastly babies for us boils n’ ghouls to enjoy!