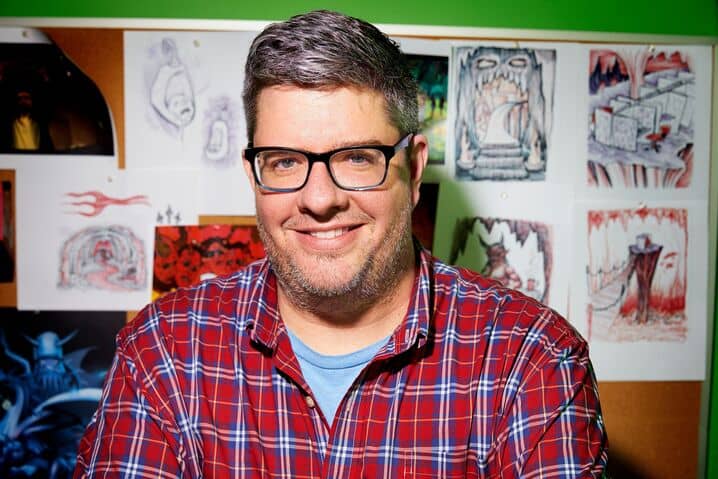 Adult Swim’s first feature horror film made its debut earlier in the week under the guise of a Yuletide Log. Moments into the video of the crackling fireplace we begin to hear talking and soon we see a murder. Then we watch as a group of friends enters the frame only for them to quickly begin to experience both paranormal events and a deranged killer. 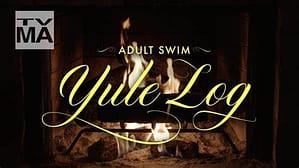 The unexpected, entertaining movie is from Adult Swim veteran Casper Kelly, who directs after writing Adult Swim series such as “Too Many Cooks” and “Your Pretty Face Is Going To Hell”, as well as the hit Nicholas Cage movie, Mandy.

I spoke with Kelly about The Fire Place, the movie within the Yule Log video. That is not only available on Adult Swim, but HBOMax as well.

Kelli: “It’s nice to meet you too. I have to say I love your work.”

Kelli: “Too many cooks and just, it’s hilarious. And of course, I love “Your Pretty Face is Going to Hell.” Love it.”

Casper: “Oh, thank you very much.”

Kelli: “So how did this surprise horror film, The Fireplace” come about?”

Casper: “Um, well, I got the idea. I was watching a u log video and, I just suddenly got the image last year. I got the image of legs walking in front of the fire slightly out of focus and hearing dialogue off-screen. And I thought, oh, that could, that’s a story, you know, that could be a story. So I pitched it to Adult Swim, just that idea. And, uh, they were like, yeah, we like that. And I was pitching it as a 4:00 AM thing, like “Too Many Cooks,” like an 11-minute thing. And then it, then I was just thinking about it and I was like, what if we made it a movie? And they said, okay, if you can do it for about the same amount of money, yeah, let’s make it a movie. Cuz I’ve always wanted to make a movie. So that’s, that’s how it came about.”

Kelli: “That’s a very clever idea. And, you know, I was watching it and just the way it all works together, the way that suddenly you hear the voices and you see the legs and it, and the way it shot altogether. I love the way it kinda stays in that frame with the fireplace, but you see everything happening. It’s very, very cool.”

Casper: “Thank you very much. Yeah, there’s a lot of figuring out in the writing of like, I think for a while I was gonna do the whole movie in that tight shot, so it was more of an audio play, but I just got so excited in so many ideas. I thought I’ll do that for a while,  then I’ll escalate it and then I’ll escalate it again. And I’m glad I did.”

Kelli: “Oh yeah. I’m glad you did too. It worked well. And you know, the story itself is, is very interesting with the haunted factor and the killer factor.”

Casper: “I guess I just got excited and thought about all these things that interest me and just started throwing them in the stew. You know,  when you’re, when you’re early in your writing, you can just try things. It’s free, you’re just typing on a piece of paper, so, uh, or on a computer. So I just put in stuff that excited me. You know, I love aliens and I love Texas Chainsaw Massacre and it kind of grew from there.”

Kelli: “Right, tell us a bit about, the Killer with the Mask. It’s an interesting choice. Where did the mask come from?”

Casper: “Yeah, I, it’s sort of like this very cheap mask you can buy at Party city, like, uh, like a Superman mask. I wanted to do something kind of its own thing, so I didn’t wanna do it like, you know, uh, Jason or something. So I thought of these cheap paper masks and Superman is very good looking, so I thought, you know, he’s got this paper Cheap Party City probably got a gun. He’s probably got a box of them in his trunk of these cheap masks of a handsome man. So he can be so, he can be a pretty man.”

Kelli: “I gotcha. What about when it came to choosing the cast? What was it about the actors that stood out?”

Casper: “Uh, it’s different things in different ways. I use this casting company here in Atlanta, uh, Big Picture casting. And we have a lot of great actors. So some were new that I had not worked before with like Andrea Lang. A lot of them were new and then, and I just thought she was great. And then, Justin Miles was sort of, a little different than what I imagined for the character, but he just worked so well that I went with it. And, um, yeah. But it was all, it was all either local actors or actors who are willing to come into town and work locally, which is what it’s considered, where they’re not considered an out-of-town actor. Um, and yeah, it was very, very happy with the cast cuz it’s a very actor-intensive movie.”

Kelli: “Right, right. Okay, when it comes to surprising the audience with this thing, were you nervous about the way you approached it?”

Casper: “Very nervous. I, and yeah, I kinda, in fact, when it released it and it, people seem to like it, I realized how stressed I had been for the past six months cuz the stress just started to lift away and it felt so great. I feel so great now. Um, but yeah, it was very stressful because I am experimenting with different things, like not moving the camera for a very long time. So, uh, I’m so glad people seem to respond to it.”

Kelli: “Right. And, you know, out of the whole thing, there was one scene that like truly grossed, grossed me out. That’s the pimento cheese scene. I cringed so hard.”

Kelli: “I’m in a tiny town in middle Georgia, about an hour from Augusta.”

Caper: “Oh, okay, great. So fellow Georgian. Yeah. Uh, so yeah, Pimento Cheese was part of my life growing up, and, uh, yeah, just put it in there because I need it. I don’t really like it, but my family does. So they all, I always see it. They’ll put it on bagels and stuff and I’m like, no, I don’t wanna do that. How about you? Are you a fan of Minnow Cheese?”

Kelli: “No. No. Not at all. Not at all. My mother is but not me. Now that you’ve made this film, do you intend to make more?”

Kelli: “Do you already have a project in mind?”

Casper: “I have a couple in the works, and then when I get some time I’m gonna write one on my own as well. Yeah. I, I’m excited. I wanna make more movies. I love it. It’s very stressful, but I love it”

Kelli: “Right? It’s an addiction. It really is.”