Godzilla Is Going To Fashion Week! 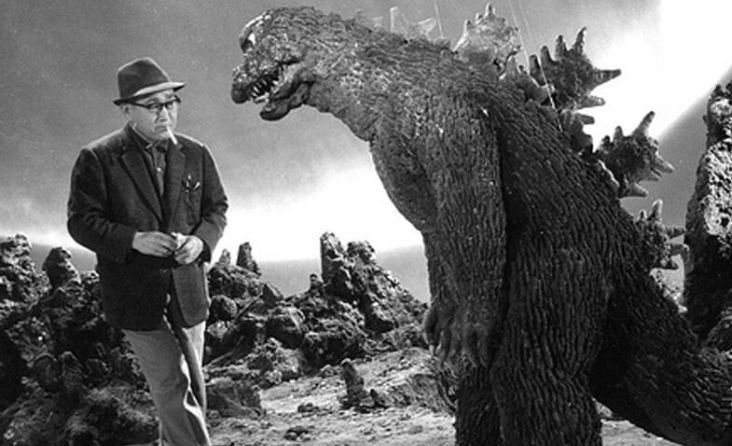 India’s leading contemporary brand Dhruv Kapoor is launching a Godzilla collaboration as part of their Autumn/Winter 2023 menswear collection on the catwalk at Milan Fashion Week.

Dhruv Kapoor’s work remains an exuberant reflection of contemporary society upholding values of liberty, vitality, eternity, and the realization of our highest potential as individuals and communities. Through collaboration with the Godzilla brand, this transgressive message explores “Awakening.” At the intersection of high fashion and pop culture, Dhruv Kapoor x Godzilla includes iconic character art such as Godzilla, Mothra, King Ghidorah, and Mechagodzilla, uniting cutting-edge contemporary design with the rich heritage of Godzilla first appearing on the silver screen in 1954 in Japan’s Gojira.  Since then, over 35 films have been made, spurring a multi-billion-dollar franchise and global fandom that has continued to grow over several decades.

Kapoor draws a parallel between Godzilla’s infamous monsters and our alter-egos, showcasing the former’s true powers as a means to embrace, protect and renovate our entire being. The unisex capsule explores oversized draped shirts and comic-print kimono shirts, along with giant engineered windbreakers and character tees—all fantastical prints and silhouettes to explore the unexplored side of you.

Kristin Parcell, General Manager of Toho International says, “Dhruv Kapoor’s aesthetic and focus on sustainability plays well into the themes and characters of the franchise making this the perfect collaboration for the iconic Godzilla’s first steps on a Milan runway. We are sure fans are going to be impressed by this out-of-the-box fashion collection.”

Dhruv Kapoor’s DNA is built on mixed custom prints and textiles by Indian hand embroiderers and textile artisans. The collections are defined by juxtaposition and attention to detail, emphasizing tailoring and eclectic use of materials. Gender stereotypes and conventions are cast aside in the search for new perspectives, cultural diversity, and an ever-broader visual horizon.

Dhruv Kapoor’s SS22 collection is available through over 20 leading retailers throughout India, North America, Japan, UAE, EU, UK, and China, as well as through their direct-to-consumer channel at www.dhruvkapoor.com, where some Godzilla fashions are available now. 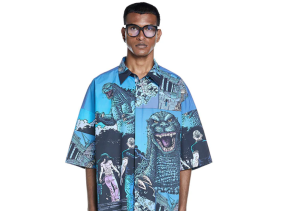 ← Prev: Bear Witness To The Brutal Trailer For The Adult Animated Movie 'Unicorn Wars' Next: Peacock Gives Subscribers The Gift Of 'Violent Night' This Week →