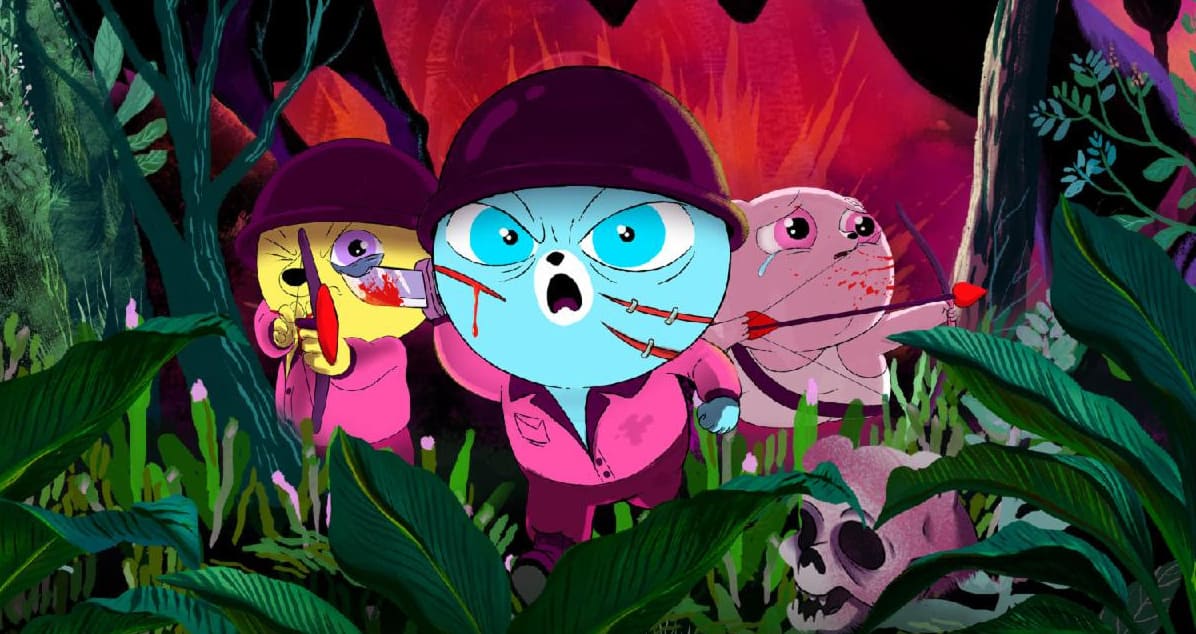 From GKIDS, the acclaimed producer and distributor of animation for adult and family audiences, announced today the release of Unicorn Wars this March, the latest genre-bending animated feature for adults from Goya and Annecy Cristal-winning director Alberto Vásquez (Birdboy: The Forgotten Children).

It’s Bambi meets Apocalypse Now in this provocative and strangely beautiful horror comedy from acclaimed filmmaker and illustrator Alberto Vazquez (Birdboy: The Forgotten Children), who uses its outrageous candy-colored premise to explore religious zealotry, the tortured legacies of military fascism, and the depths of the soul.

In the film, “for ages, teddy bears have been locked in an ancestral war against their sworn enemy, the unicorns, with the promise that victory will complete the prophecy and usher in a new era. Aggressive, confident teddy bear Bluet and his sensitive, withdrawn brother Tubby could not be more different. As the rigors and humiliation of teddy bear bootcamp turn to the psychedelic horrors of a combat tour in the Magic Forest, their complicated history and increasingly strained relationship will determine the fate of the entire war.” 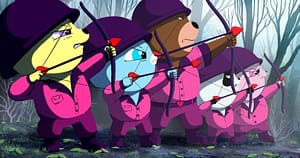 The technicolor horror-comedy was featured in competition at the 2022 Annecy International Animation Film Festival and was an official selection at BFI London; Animation is Film and Fantastic Fest. Unicorn Wars marks the next collaboration between GKIDS and Alberto Vázquez, following GKIDS’ local distribution of the Goya Award-winning feature Birdboy: The Forgotten Children and the short film Decorado.

The technicolor feature, Unicorn Wars, will be released in select theaters nationwide and will also be available On Demand on March 10, 2023. Let me remind you, this is NOT a movie for the kiddos.