I had the pleasure of interviewing Hutch Dano, who plays Sam, in 2014 horror-comedy ‘Zombeavers’.

In ‘Zombeavers’ Hutch’s character Sam, isn’t the nicest guy. Sam’s a little shady and he cheated on his girlfriend Jenn (Lexi Atkins), with someone very close to her, but let me say this, Hutch and his character are very different, he’s a very nice guy in real life.

KM “How did you get your start in the entertainment industry?”

HD “It all started in theater. In the fifth grade I was in ‘The Wizard of Oz’, I played the ‘Cowardly Lion’ and I knew I wanted to act.”

KM “How did you get involved in ‘Zombeavers’?”

HD “I was driving home and got a call from my agent saying he had an audition for me the next day. When I got home I looked at the synopsis for the script. After a long pause I called my agent and asked “What is this?” . I went to the audition for the part of Tommy, played by Jake Weary, after the audition they offered my the part for Sam.

KM “Can you tell us a little about your character in ‘Zombeavers’?

HD ” I play Sam, he’s the type of someone you love to hate. He’s kind of the “Cartman” of ‘Zombeavers’. If I could call anyone a “douchebag”, it would be him.”

KM “What was your favorite part in ‘Zombeavers’?”

HD “That would have to be Rex Linn’s character Smyth. He’s a hero, he’s got a gun and he’s trying to protect the girls. I was rooting for Rex’s character. Rex is so fun to watch both on and off the screen.”

KM “How do you feel about the way ‘Zombeavers’ is being received by fans?”

HD “I love it. Life is hard, people want to come home and watch a movie and escape. I’m honored to be a part of that. I’m just as proud of this movie as I would be for a movie that’s won an Academy Award.”

KM “What’s next for you”

HD “I have two movies in post production. Sorry, I can’t say their names yet. They will be out in late 2015 or early 2016. I am also producing a movie that’s in pre-production.”

Hutch told me that a certain horror legend is in talks to play a character in the movie he is producing, but I can not reveal the actor’s name at this time (it’s a good one). 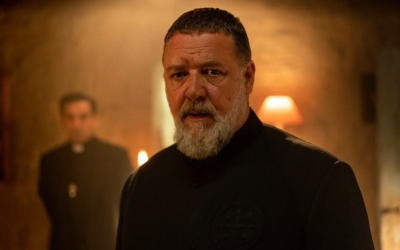