Fans of the ‘Underworld’ franchise have a reason to celebrate, a new sequel is in the works. Selene, the badass vampire heroine, played by Kate Beckinsale, is back in ‘Underworld 5: Next Generation’ to continue fighting the vampire-lycan-human war. Beckinsale will fight along side her brutal ally David, played by ‘Insurgent’ actor Theo James.

For those of you who are not familiar with the awesomeness that is ‘Underworld’, let me fill you in. For centuries, a feud between vampires and lycans (werewolves) has been raging.In ‘Underworld’ (2003) Selene, a vampire and complete badass, has fallen in love with Michael (Scott Speedman), a lycan hybrid. In the next chapter, ‘Underworld: Evolution’ (2006), Selene and Michael are on a mission to investigate the history between vampires and lycans, in hopes of discovering the truth behind the battles. 2009’s ‘Underworld: Rise of the Lycans’ delves into the past and reveals the origin of the hatred between the clans. In ‘Underworld: Awakening’ (2012) humans have discovered the existence of vampires and lycans, now human forces are out to destroy them both.

Ann Foerster (The Day After Tomorrow) will be directing the high-octane sequel. ‘The Last Witch Hunter’ writer Cory Goodman is penning the new script. ‘Next Generation’ will pick up where ‘Awakening’ left off and focus on a new generation of vampires and lycans, who are continuing the centuries old feud.  Filming begins in October, which will put the release some time in 2016.

← Prev: What We Know About AMC's New Series 'Preacher' Next: Lloyd Kaufman And Team Troma Need Your Help To Finish 'Return To Nuke 'Em High Volume 2' → 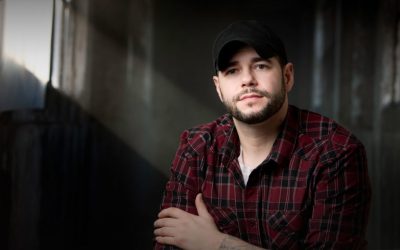