An Open Letter to New Line “Cynema”: Take A Stab At Something Different

From: B Harrison Smith

Re: Friday the 13th: Tommy Jarvis vs. Jason Vorhees

I am told the rights to Friday the 13th are a mess. Paramount owns some, you own some. Some are parceled out to TV while the films retain others and the characters. I’ve heard one tale that both studios share custody over the franchise like a divorced couple.  I have no idea if this is true. What I do know is that the ownership of rights has become so convoluted that no one seems to have a definitive answer.

The legal octopus is strangling you from making another killing and I’m willing to bet it could be straightened out.

At the risk of shooting myself in the foot and giving away my thoughts for someone to steal, here is a proposal to get Jason out of development hell.

I attended two meetings in Los Angeles over Tommy and Jason. One of them, where I was asked to possibly write the first script, ended with me asking a simple question: “Who owns the rights?” When the parties that called me to the meeting named whom they believed owned the rights, I disagreed. In the end, I was right, and sadly felt the project would go nowhere. A second meeting revealed that the rights were so parceled out, no one could make heads or tails of it.

Jason X was made to keep Friday the 13th relevant while the rights for  Freddy vs. Jason were hashed out. That made sense in theory but the execution was poor and while Freddy vs. Jason finally made it to the screen, the reception was tepid and certainly didn’t spawn a new series. Reboots of both Friday the 13th and Nightmare on Elm Street under performed and failed to ignite the excitement needed to launch a whole new franchise.

You know this and audiences know this.

A little under a year ago, news leaked that an upcoming Friday the 13th relaunch would be found footage. Then it was a sequel to the 2009 reboot, then it wasn’t. It would be with Jason in the snow. Then we heard Jason might not even be in it (!). Another Nightmare reboot was recently announced and seems to be moving forward with the requisite false leads and misinformation.

Another question to be asked is: are these two franchises relevant any longer?

At their core is 80s sexploitation and that decade is long gone. Things are different–horror has changed. One film was a Halloween ripoff, the other an inventive low budget feature that failed in its initial box office run as the slasher craze peaked. Both treated teenage slayings differently, but they were films of their time.

The political, social and economic climate has changed. 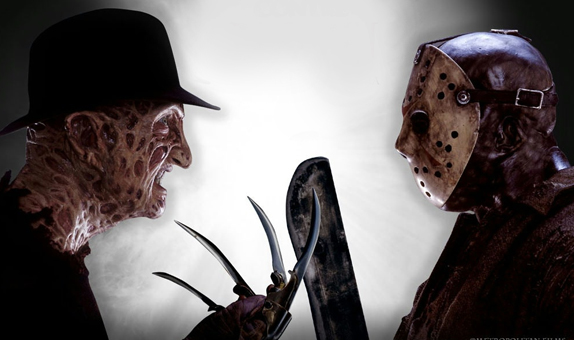 A  lot happened to the American teenager since the Reagan Era. The 80s were an odd concoction of conservative and liberal. The “have sex and die” motif worked for these films. Liberal heaps of sex could be showed onscreen as long as there were consequences. In the end it was all pretty simple stuff.

The 1990s brought real monsters: Columbine, the rise of domestic and foreign terrorism that culminated in the Oklahoma City and 911 attacks. Social media brought its own horrors and teenagers were more afraid of each other than a machete wielding hockey-masked killer and a burn victim with a knife tipped glove. By 2003 Freddy and Jason seemed like old fashioned villains to a generation wanting “designer horror” and facing real horrors in their school hallways.

The horrors changed but the thinking behind horror films did not. 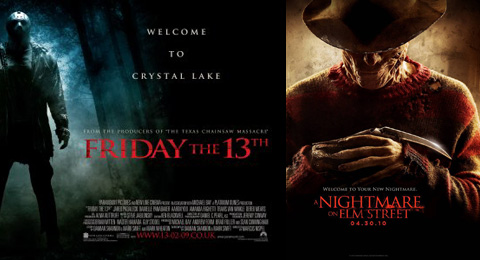 How To Fix It

Why would Tommy vs. Jason be a money maker? Here’s why, New Line…stop recycling the same old stuff and put to good use the assets you own:

There are only three memorable characters from the entire F13th franchise: Pamela Vorhees, her son Jason and Tommy Jarvis. Anyone else is simply part of a victim menu.

Corey Feldman originated Tommy in 1984’s The Final Chapter. The film was naturally overloaded with two dimensional characters (who serve no purpose other than die in a variety of ways) but there was something about Feldman’s performance that shaded Tommy and made the young boy far more real than the dozen victims around him. While his character was severely underwritten (Did he actually create all of those elaborate masks? Did he know of Jason’s previous exploits and did he study him?) audiences took to Tommy Jarvis and Jason had himself a formidable nemesis. Aside from a brief cameo in the fifth film, Feldman’s character was portrayed by another actor.

The Final Chapter was a sincere effort to send the series out with a bang as its opening titles suggested.  Then the film rang up ticket sales and the series was given a stay of execution. Part V was to take the series in a new direction but failed to do so. Two mistakes were no Corey Feldman and no Jason Vorhees (Apparently Paramount didn’t get the memo on the whole Halloween III debacle).

Jason Lives, like The Return of Michael Myers, attempted to fix the missteps of their previous installments. They brought back the fan favorite characters, but they didn’t update their relevance. Both films offered the same old plots. Jason Lives injected meta humor and cornball comedy (the paintball stuff is just lame) but the real issue was no Corey Feldman. Feldman was busy being a star, but his absence was like replacing Jodie Foster’s Clarice Starling with Julianne Moore.

Feldman killed Jason. He’s the only one to have truly done so. He’s the only one who could launch a Tommy vs. Jason series. Feldman has a solid fanbase and an entire 80s generation of filmgoers would embrace his return to the character. However, this is not enough, but it’s the first step and it’s a good one.

Tommy is a haunted character. Something dark was already driving him, and his attack on Jason at the conclusion of Part IV is brutal and methodical. He outfoxed the mute killer and was one step ahead of him, preventing his resurrection and protecting his sister.

Pick up decades later with Jarvis in a different world. Haunted by the ghosts of his past, he is obsessed in his steadfast belief that Jason Vorhees never perished. In essence, ignore the films past Part IV like Halloween H20 and start a whole new timeline. This isn’t all about hunting Jason. This is about exploring Tommy and his world. What has he become since that night in the cabin? This is a world now populated with ghost hunters and bigfoot truthers. UFOs are no longer subjects from the fringe. Where did Tommy land in the aftermath of that massacre? He confronted Jason Vorhees face to face…and won. What did that do to him and what kind of man did he become?

This is where Jason Lives dropped the ball. There was a solid chance to reinvent the franchise and make Jarvis a kind of supernatural James Bond or Fox Mulder. Instead we got a generic guy screaming to be believed against a backdrop of corny jokes and an Alice Cooper song.

In other words, make Tommy vs. Jason the Casino Royale of the franchise.

Bring the series back to dark, gritty roots. Make Tommy brutal and insatiable for the truth. He’s anti establishment. He doesn’t trust the law or people and likely finds a conspiracy in every shadow…but it doesn’t mean he’s crazy. He’s still a kid at heart and he’s holding his shit together. However, he’s dedicated to changing his world or at least controlling it. That sounds like a present generation that often feels lost or not a part of what came before it and no idea where it’s going.

Tommy is a rogue in a world that no longer finds the Crystal Lake killings anything more than a footnote on Wikipedia.

But Tommy was there. He lost his mother. Maybe his sister has died since. He’s alone in a world that has moved on.

M called James Bond a misogynistic dinosaur in the Bond update. Jason could be called the same. We need a monster for a new, self-abosorbed generation that believes it is above society’s conventions. It is arrogant, and finds Jason a joke. What happened at Crystal Lake happened a long time ago. None of it matters.

Tommy Jarvis is the bridge between the old world and this one. He knows the deal and he fights the politically correct, comatose society around him to get at the cancer that is growing and poses a threat to us all.

3. Graphic Novel and Video Game The Shit Out Of This

I understand there is an underground Tommy vs. Jason graphic novel out there. Find these people who did it and bring them in. Make this a Comic Con launch concept. Turn Tommy into an antihero and reinvent him Frank Miller Dark Knight style. Should Corey Feldman know who these people are, reach out to him and get him in for a talk. I am willing to bet these artists are fans of his and they have approached him at some point.

Jason has appeared in a number of video games and recently a character in a popular one. Get a new game on Tommy vs. Jason. Bring back characters from the previous films and design this along the lines of Max Payne meets Resident Evil.

4. Think about a TV Series For This

Word is that Jason is getting his own TV show coming up. Horror has found a new home on television, much like good drama has. Package up Tommy Vs. Jason, make it a story line that could dovetail with the present Jason TV show or run parallel to it. Cross pollinate and make this something that could run supplemental to a series of new theatrical features.

Four points for generating a lot of cash. You create a spinoff without the stigma of a remake. You bring back a fan favorite and one of the top three characters in over ten motion pictures. You avoid the stigma of recycling old plots and diluting the horror aspect of the film. The series becomes relevant to an entirely new generation of viewers who only heard of Jason Vorhees from their parents and Family Guy.

Straighten out the rights issues and understand, that like Dorothy, you had the power in you the whole time.

If you need a writer and/or director for this, you know where to find me.