Being a horror reviewer is difficult, sometimes. I get emails multiple times a day with requests for me to review movies, books, shows… You name it, people are trying to get my eyes on it. Typically I can skim across these emails and not give them too much thought. (Needless to say, most don’t catch my eye. My reading/watching queue is way too long!) However, when I got the email last month regarding the Worldwind Book Tour for Nightscape: Cynopolis, I knew I had to pounce. Everything about this premise was unique, and I’ve always loved Egyptian mythology (where else does ones mind go when they read the phrase ‘jackal headed beasts’? Everything about this book screamed ‘must read’ and I knew I had to see if it would live up to the (arguably self-generated) hype.

Detroit’s eastside has seen its share of horrors. Once-proud factories gutted for scrap. Whole neighborhoods burned out and boarded up. Nature drained of color. But nothing like this: a thought-virus that turns the city’s dogs feral and its underclass into jackal-headed beasts.

The city erupts in chaos and nightmare violence. Communication in or out is impossible. The skies fill with lethal drone copters and airships bristling with heavy-duty cannon. Abandoned to their separate fates among hordes of monsters, the few surviving humans must find a way to elude the military blockade preventing their escape or to defeat the virus at its source—before government forces sacrifice them all.

I enjoyed this book, both for its content and for its uniqueness. Edwards has a very descriptive approach to writing. Sure, the dialogue drives a great deal of the plot, as might be expected with his screenwriting background, but each scene is all but painted for the reader. There are many who describe their settings and scenarios, but there are few who do so as completely as Edwards did in Nightscape: Cynopolis. As far as the content, the novel does deliver on its promise to portray urban terror. The author features Detroit to such a degree that one must assume he lived or spent a great deal of time there. (Alas, his biography does little to provide credence to this theory. I shall just have to speculate!)

Due to Edwards’ writing style and the intensity of the characters he writes, the story is immediately immersive. My only complaint about his focus on detail and description is the way female characters are blatantly sexualized. There were several points where I actually had to stop reading a passage to shake my head. Thoughts like ‘did we seriously need to know what her breasts/nipples/butt were doing, here?’ would creep up, interrupting what was otherwise an enjoyable reading experience. This is particularly interesting because noteworthy feminist writer bell hooks was mentioned; you would think someone who was aware of bell hooks’ work would have done better by the women in his novel. (Granted, perhaps this was deliberate in an attempt to make the piece feel more authentically “urban”… We can only speculate.)

The plot initially reminded me some of Night of the Wild, a Syfy movie I reviewed recently for Wicked Horror. The premise there was that dogs could hear sound waves from a meteor which had crash landed in the town, which made them homicidal. The transition from casual house pet to vicious beast was more gradual in Edwards’ rendition, but there was a definite ‘Cujo‘ vibe to both the film and this book. (One of the benefits of being good, and being first is that you get to be the standard to which all others are compared to.)

My favorite part of the book was the repeated use of Catholicism and Egyptian Mythology. The two were blended, then separated, then brought back together in a variety of new and interesting ways. I was glad that the jackal headed beasts weren’t the only allusion to Egyptian culture, and would highly recommend this book to horror fans who have a soft spot for Egyptian mythos, as I do. I will say that the violence/mutant creatures don’t appear immediately, so some readers might feel this book has a slow start. I personally am a huge fan of character development, and I like to know where the main players are coming from, so I enjoyed the opportunity to get to know the characters and get a better feel for what they were about before they rushed into an emergency, guns blazing.

I would encourage you to check out Nightscape: Cynopolis. If nothing else, visit the other stops on the store to see interviews, snippets of text, and other goodies.

Website  /  Facebook  /  Twitter  /  Goodreads  /  ​YouTube
​David W. Edwards is the writer, director and producer of the feature film Nightscape and author of the novels Nightscape: The Dreams of Devils and Nightscape: Cynopolis. He attended the University of Southern California’s prestigious screenwriting program and earned bachelor’s and master’s degrees in English Literature while working for a variety of Hollywood production companies. He’s the founder and former CEO of a successful high-tech market research firm, and a former two-term state representative. He currently lives in Hillsboro, Oregon with his family.
Follow the entire NIGHTSCAPE TOUR HERE
Brought to you by Worldwind Virtual Book Tours

← Prev: The Parents Television Council Has American Horror Story In Their Sights Next: The New Friday The 13th Movie's Release Delayed → 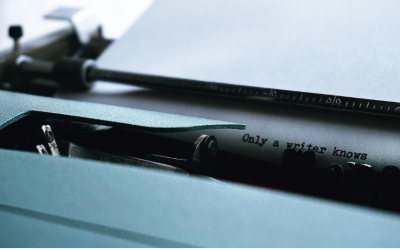 Horror movies require intense imagination. However, many scriptwriters have ended up repeating the same plot,...